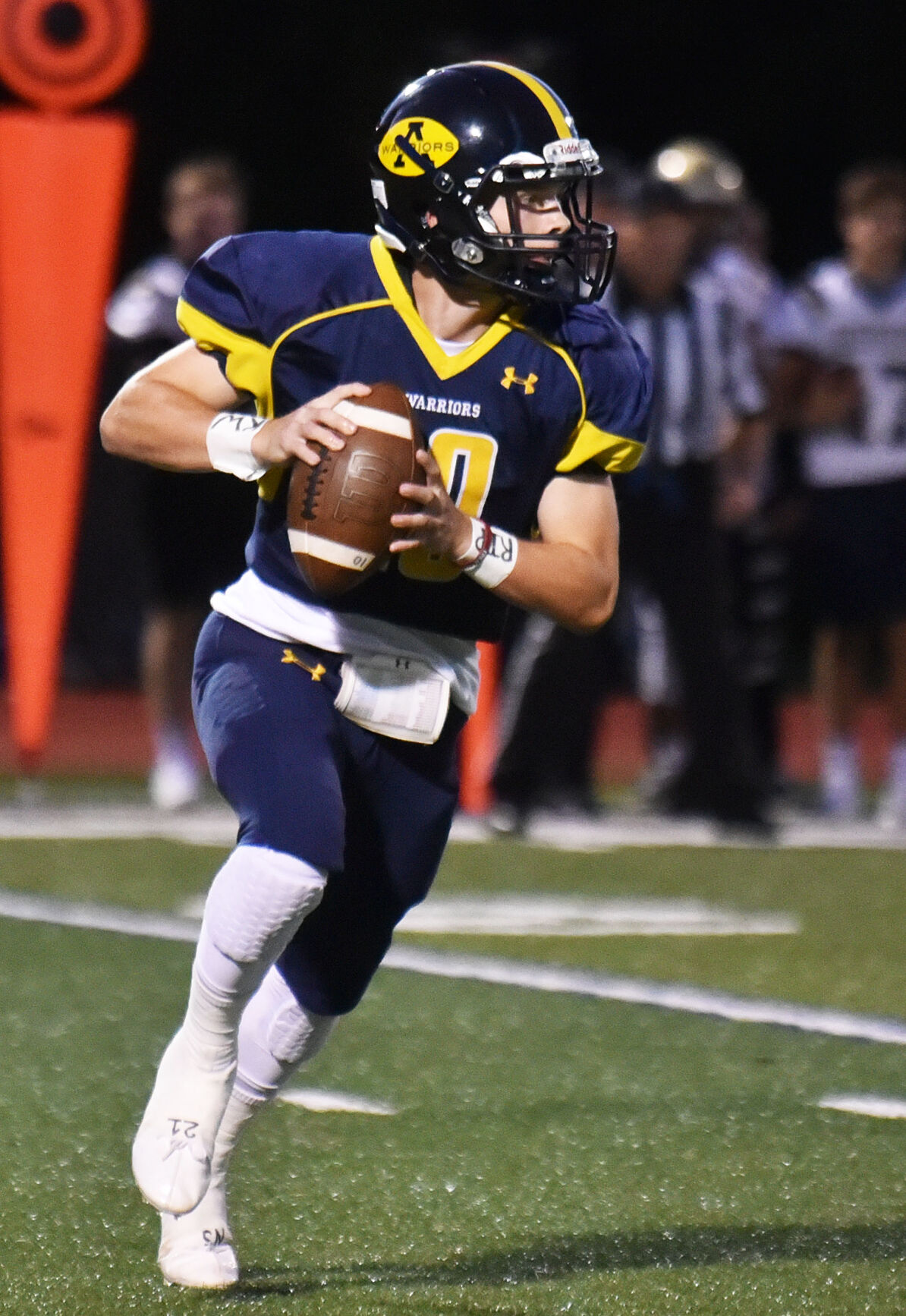 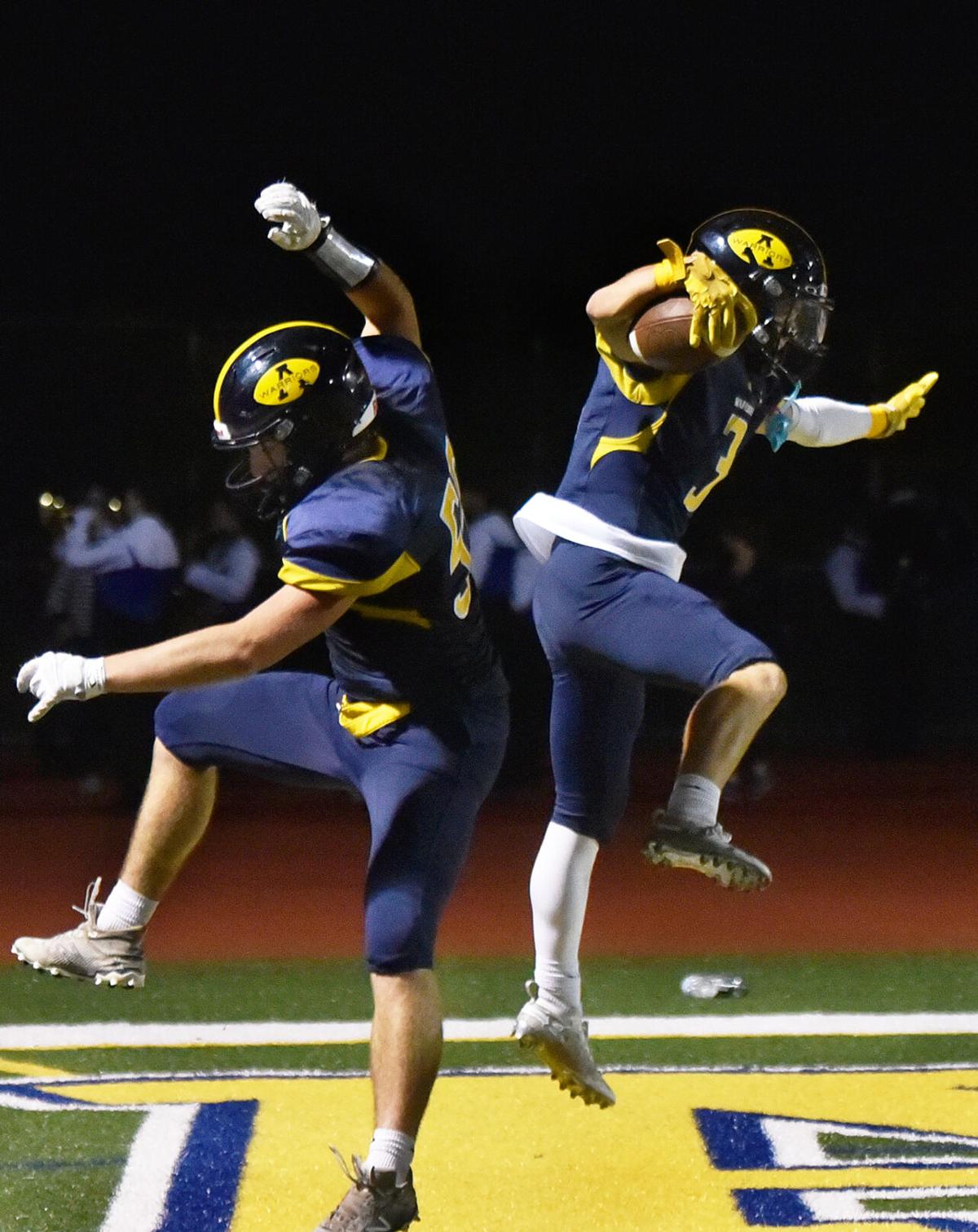 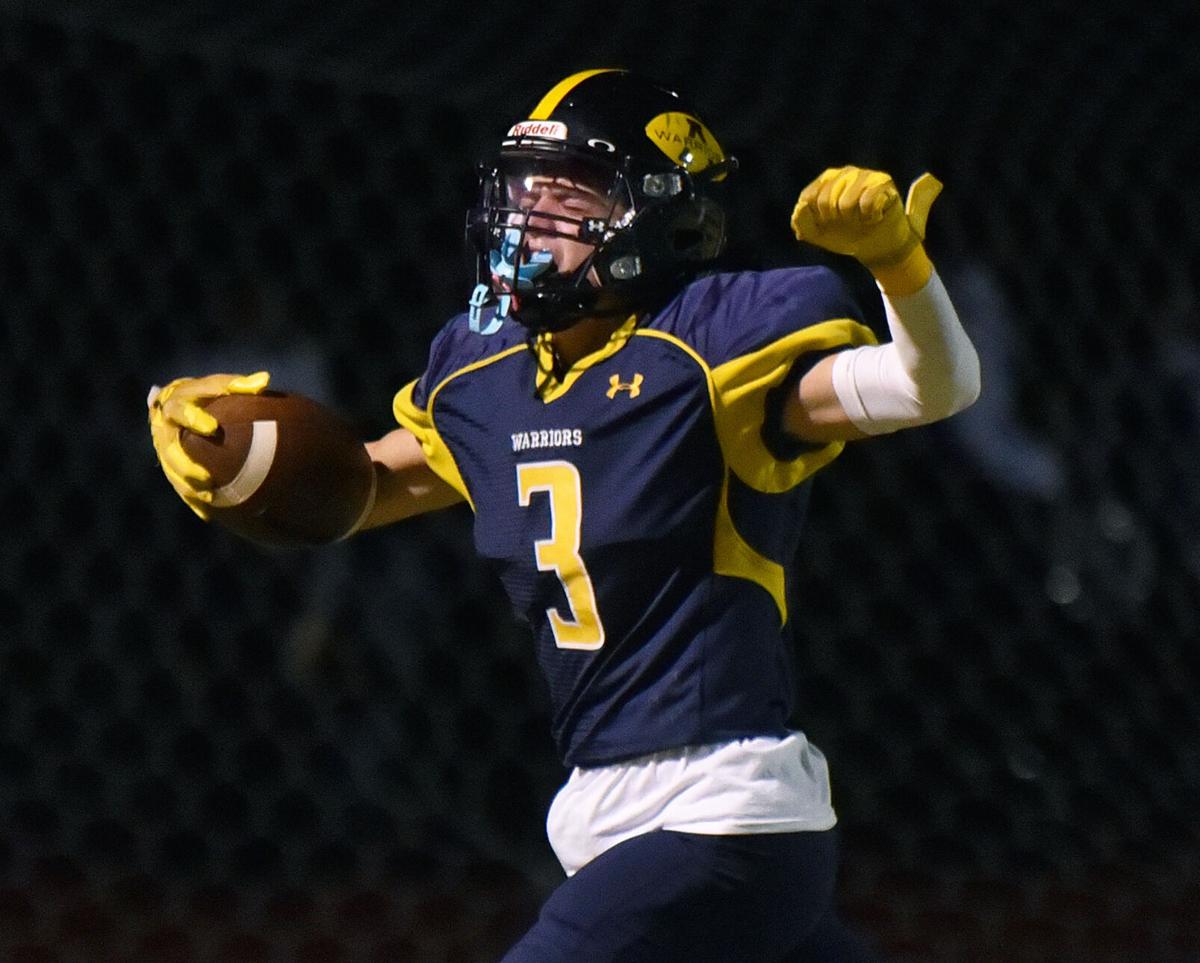 Andover’s Bret Mondejar reacts to making a touchdown catch during Andover’s win over Shrewsbury on Friday. 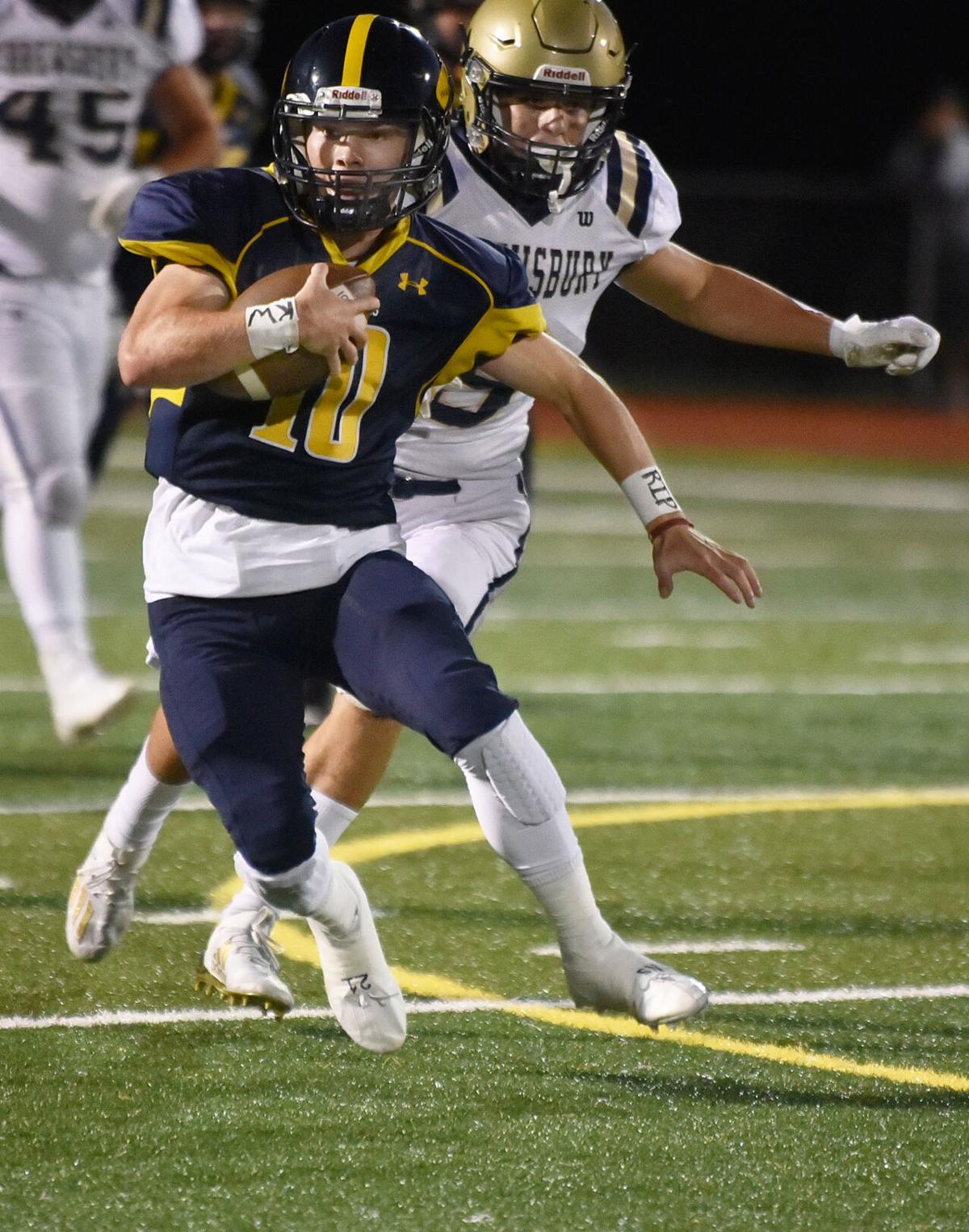 Andover’s Bret Mondejar reacts to making a touchdown catch during Andover’s win over Shrewsbury on Friday.

ANDOVER -- It was obvious to anybody watching Andover High football play last year that those two then-sophomore speeders, one at quarterback and the other at tailback, were on the verge of becoming very special.

Scotty Brown, the quarterback, and Lincoln Beal, the running back, needed only a few quarters of their first game to further make that official.

A year later, Brown is more than an escape artist. He threw the ball as well as well as any quarterback around.

On Friday, Shrewsbury High witnessed what locals had predicted in Andover’s 49-42 win.

Brown completed 15 of 19 passes for 229 yards and three touchdowns and ran for 85 yards and two TDs.

Beal rushed for a game-high 139 yards on 17 carries and two touchdowns, which included a 79-yarder on the first play of the game, while hauling in four receptions for 59 yards and two scores.

“Number ten (Brown) and number two (Beal) were going to be a problem, they were on another level,” said Shrewsbury High coach John Alosi.

The game was see-saw battle with the teams alternating touchdowns. with Andover’s Beal, Brown (4-yard run), and Bret Mondejar (9-yard catch) with scores. Brown then hit Beal for a 12-yard touchdown, putting Andover ahead 28-21 at halftime.

Starting in the second half, the Golden Warriors scored three straight touchdowns over the next 12 minutes to appear to put the game away.

Andover was able to recover the last onsides kick attempt before Brown ended the game running for a first down on 3rd-and-2 with just over 1:30 remaining.

“We just feel like we’re a hard team to play against when we’re both on the field together,” said Beal. “He goes one and I go another. It opens things up. I love playing with Scotty. He’s amazing with the ball in his hands.”

Brown said that one area Beal has improved is receiving.

“We realized that Lincoln was also our best receiver,” said Brown. “And it’s not just him. I have a lot of teammates that can make plays. We both feel like we’re better than we were last year.”

While coach Perry says there are a few things to clean up, especially on defense, the Brown-Beal combo is going to be fun to coach the next two years.

“They were good last year, but they are so much better and so much more mature now,” said Perry. “We have some other young guys too. We’re starting five sophomores on both sides of the ball. Campbell Morrison, a sophomore, was incredible on defense making tackle after tackle.

“But in the end, Scotty and Lincoln will lead the way for us. I think we’re in good shape there.”