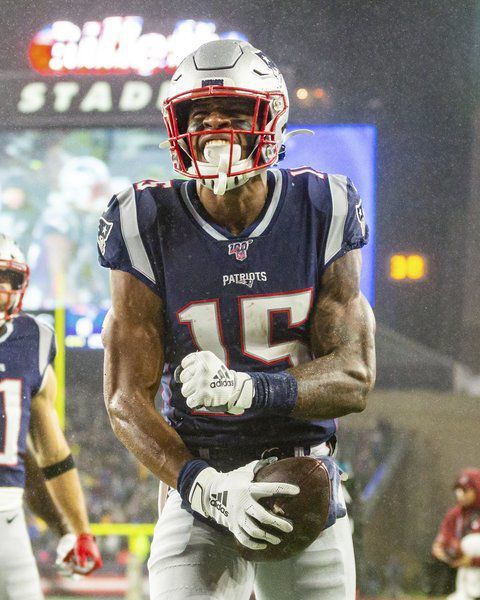 DAVID LE PHOTONew England Patriots wide receiver N'Keal Harry flexes while celebrating his first quarter touchdown on Sunday against Dallas. It was the first TD for the rookie. 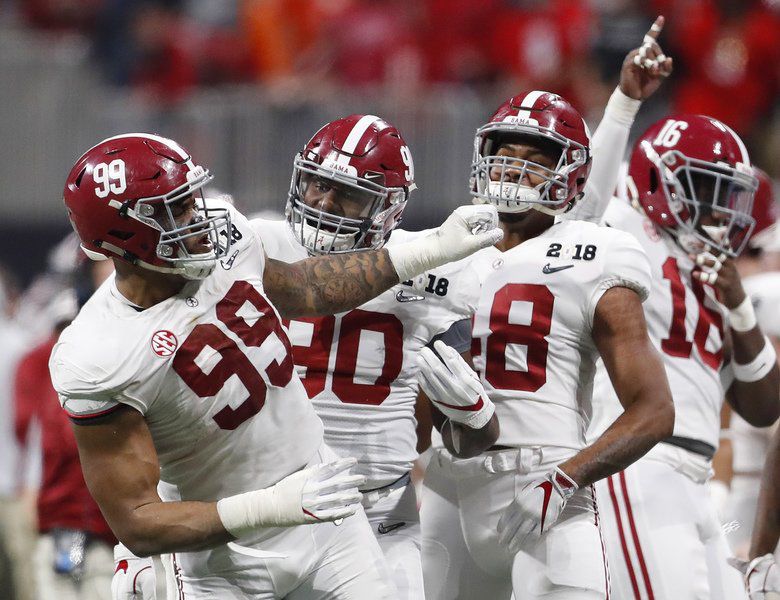 AP Photo/David GoldmanAlabama’s Raekwon Davis celebrates his interception during the second half Monday. The Crimson Tide had plenty to celebrate in overtime.

DAVID LE PHOTONew England Patriots wide receiver N'Keal Harry flexes while celebrating his first quarter touchdown on Sunday against Dallas. It was the first TD for the rookie.

AP Photo/David GoldmanAlabama’s Raekwon Davis celebrates his interception during the second half Monday. The Crimson Tide had plenty to celebrate in overtime.

Football is officially on deck, lost in the shuffle of never-a-problem hockey, always-protected-by-media basketball and always-destroyed-by-the-media baseball.

But this sport, our new pastime, football, might have the toughest road to playing in 2020.

And I say that with reluctance, due to my inclination to try, try, try to make it happen.

Let’s get to baseball first. It’s the easiest of the four majors when it comes to social distancing. And it’s outdoors. Unfortunately owners and players literally hate each other – billionaires vs. millionaires – thus nothing is easy.

Hockey and basketball are more difficult. They play in arenas. And players in both sports are constantly in each other’s mugs.

But playing “bubbles,” for now, has saved their end-of-seasons.

The National Football League, while playing most games outdoors, is too difficult to control with so many players (61 during week, 45 on game day) and staff (40-plus, including coaches, film crews and equipment people).

Then there is the in-your-face contact (see offensive line vs. defensive line one-on-one battles), which occurs probably several hundred times between players each game.

Heck, the NFL had months to figure out a plan for the two-week “summer camp” and literally came to an agreement days before it is supposed to start.

The point is this is hard. We are all in unchartered waters. COVID-19 is winning.

But we will really find out about our ridiculous passion for violence ... I mean football.

It’s both intoxicating and makes the six months – August through January – blow by us like an Acela Express train.

COVID-19 has scared a lot of people. Some might say, including me, more than it should. But that’s a discussion for another day.

Football is the big bread winner in sports.

In fact, college football has the sport on even a bigger pedestal. With a lot of help from basketball, it pays the freight for the rest of the college sports budgets (see all non-revenue producing sports).

While the Ivy League has again beaten cancel culture to the punch, nix-naying all fall sports, including football, the real kings in college football are the Southeast Conference (SEC) and Big Ten.

When Alabama and Auburn cancel football, then we’ll know how serious this is.

But that might not be good enough. Have you seen how many companies, schools and sports have been shut down until, at the very least, Jan. 1, 2021?

Football, though, is different. Their fans are different. This combo is not going down, even against the almighty virus, without a fight.