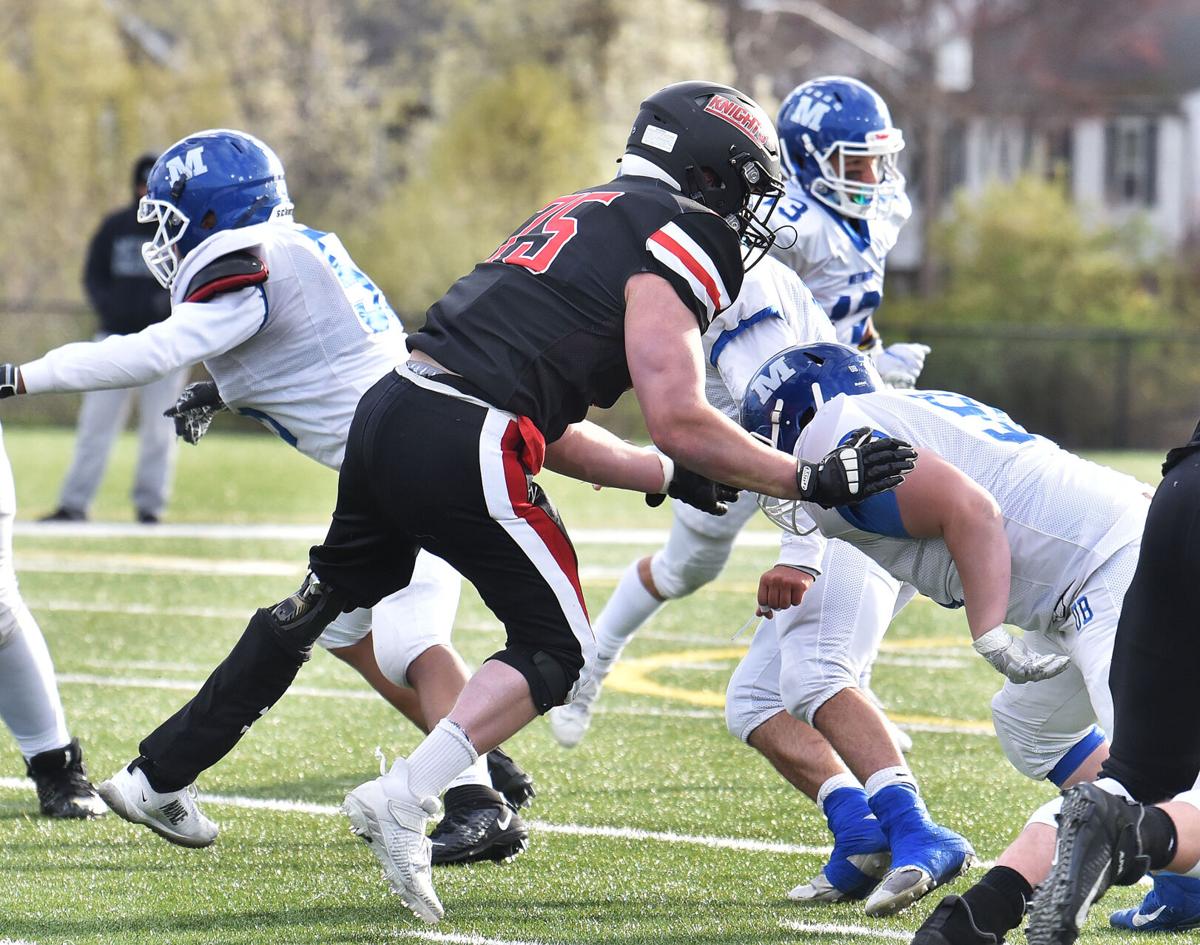 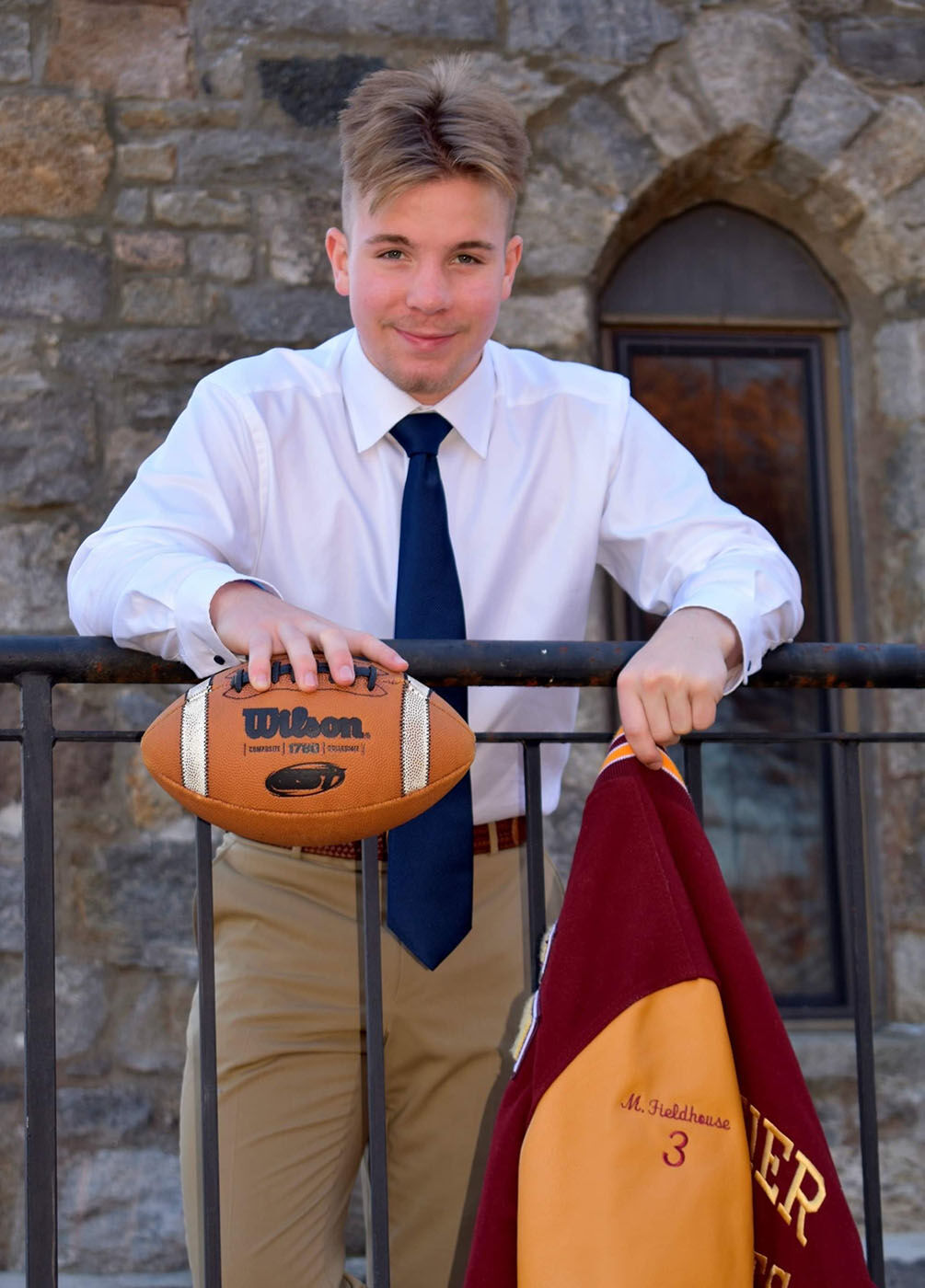 Whittier football captain Mack Fieldhouse stood up for what he believed in. 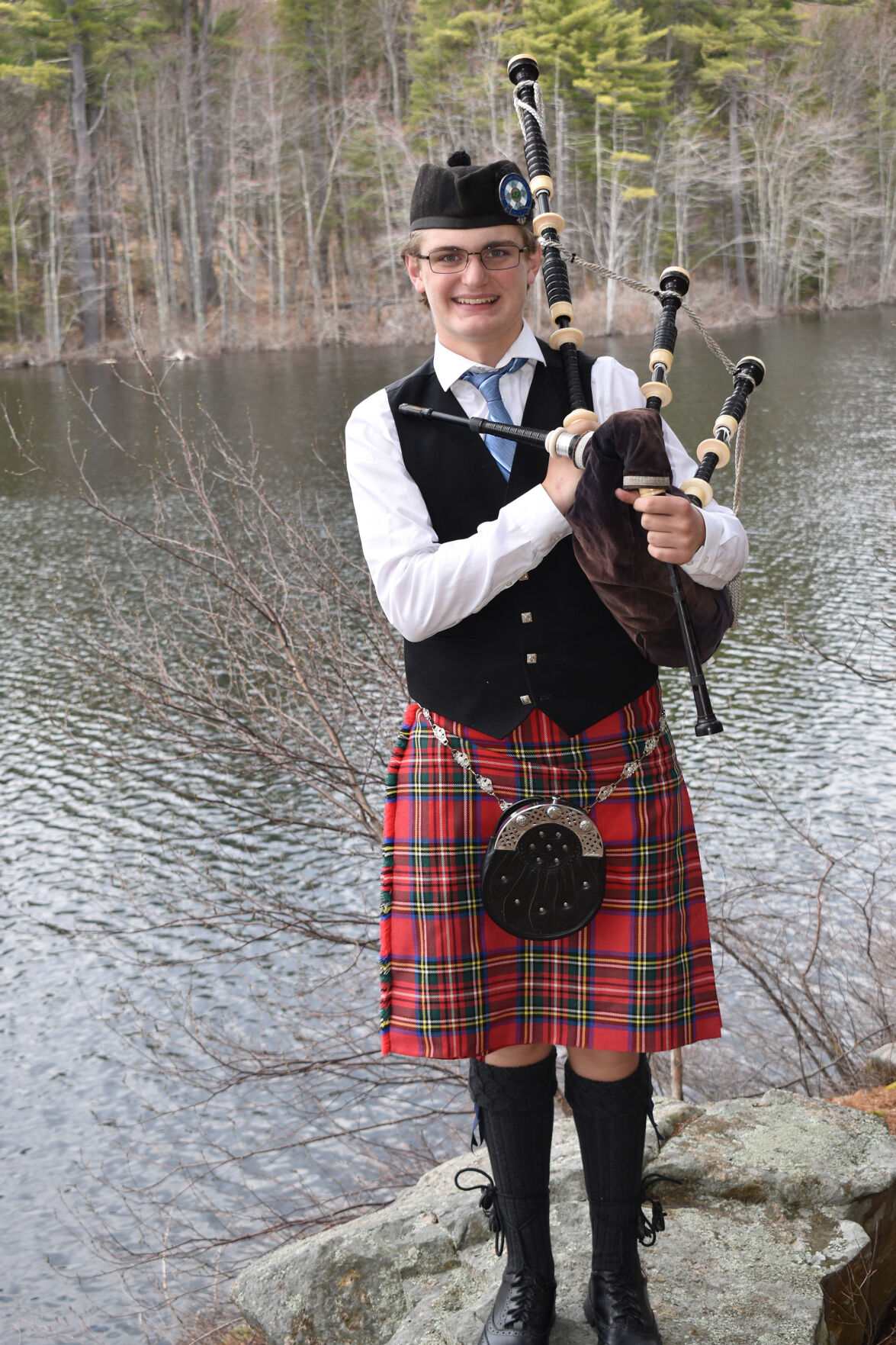 Central Catholic’s Sebastian Benedetto is a scholar, an athlete and a world-class bagpiper.

Whittier football captain Mack Fieldhouse stood up for what he believed in.

Central Catholic’s Sebastian Benedetto is a scholar, an athlete and a world-class bagpiper.

I can grumble with the best of them, but even in these deeply troubling times, there is so much to be thankful for.

How can I not be thankful? I should be dead. Thanks cardiologist Dr. Tran and my wife Yadira Betances Muldoon.

I’m thankful to deal with so many great coaches, athletes, readers and fans. One of my favorites is sharp as a tack nonagenarian Alma Long, the matriarch of a legendary North Andover athletic family. We converse through e-mail and I always have the biggest smile when she refers to the better half as Mrs. Mike.

I’m thankful to have a boss like Bill Burt and colleagues like the best local sportswriter I’ve ever known (and I’ve known a lot!) Dave Dyer and Mr. Football David Willis.

I, and hundreds of others, are thankful the great local baseball/softball coach Dave Bettencourt survived his heart attack.

I’m thankful for the unbridled joy of youth, perfectly captured in the graduation flip of Whittier hockey player Dylan Laliberte. I’m thankful colleague Carl Russo got the perfect shot of him.

I’m thankful for so many great college traditions like Iowa football’s Kinnick wave to the younger cancer patients at the adjacent hospital, Wisconsin football’s blaring “Jump Around” and of course West Virginia sports playing “Take Me Home, Country Roads.”

I’m thankful I had a friend like Timberlane wrestling booster/photographer Bob Zdrada, whose strength and grace in the face of extreme adversity was an inspiration to us all. RIP, Bob.

I’m thankful for Marv Albert, who was among the best for 60 years. Yessssss he was.

I’m thankful for those athletes who proudly salute the flag like pro boxing legend George Foreman.

I’m thankful I get to cover athletes like North Andover High 2021 graduate Tommy Cox. Look up inspirational in the dictionary and there should be a picture of the varsity athlete with one leg.

Football coach John Dubzinski called him, “The most inspirational person I have ever met.”

I’m thankful for athletes and families who finally said enough is enough when other schools had long since returned and they were left on the sidelines.

I’m thankful we can enjoy another year of Pinkerton’s lanky fireballer Liam Doyle and his record-setting 101 strikeouts in 51.2 innings last spring.

I’m thankful for some of the good stuff coming out of Lawrence like the football team beating Andover for the first time since 1984, Jordany Volquez winning the All-State 110 hurdles title with the fastest time in the area in 36 years and minor league standouts like Elvis Peralta Jr. and Leon Paulino.

Imagine Leon taking the field for the hometown Red Sox!

I’m thankful for the Babylon Bee, which always leaves me holding my side in laughter. Same with Greg Hoyt of Amesbury aka “my cousin from Boston.”

I’m thankful for Celtic Enes Kanter, who has more courage in his pinky than woke NBA phonies like LeBron James, Gregg Popovich, Steve Kerr and Stan Van Gundy have in their entire bodies.

I’m thankful for athletes who never, ever, ever quit. Haverhill soccer player Kate Burns is a special breed. An ACL tear, three surgeries due to an infection and mononucleosis couldn’t keep her off the field. and in her very last game, she scored a goal.

I’m thankful almost every day this year I got in the 10,000 steps. Not so thankful a couple thousand of those steps were always to the refrigerator. Or that my buddy, Steve Palladino, averages nearly 20K steps.

I’m thankful for athletes who refuse to give in. Like Windham’s Cami Belair, who starred on the softball diamond after nearly needing her leg amputated. and Central’s Sebastian Benedetto, who had a frightening mystery illness which forced him to repeat a year. But he came back and set personal bests in track.

I’m thankful I’ve been able to live my dream and work 35 years at my hometown newspaper.

I’m thankful for parents who would do anything for their children. Two of the greatest are Timony School teacher and former area volleyball coach coach Jeanne Potvin Molloy and her daughter Shannon Molloy. and if you want a cool Shannon scarf, visit www.shannonmarysunshine.com.

I’m thankful for our young athletes who are beyond blessed to play at Gillette Stadium, Fenway Park and TD Garden.

You can reach Mike Muldoon by email at mmuldoon@eagletribune.com or @mullyET on Twitter

You can reach Mike Muldoon by email at mmuldoon@eagletribune.com or @mullyET on Twitter