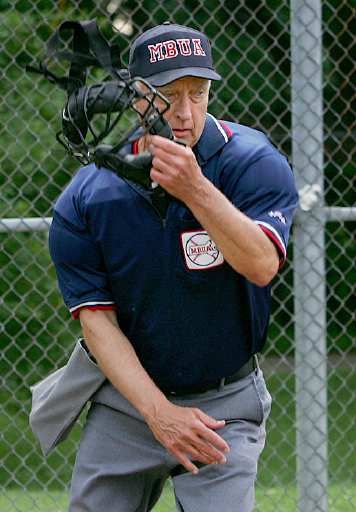 North Andover’s Frank Androski, making a call after removing his mask, belongs to the camp of umpires who prefers keeping the uniforms the standard dark blue. 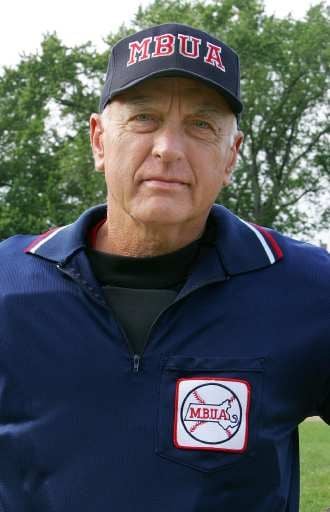 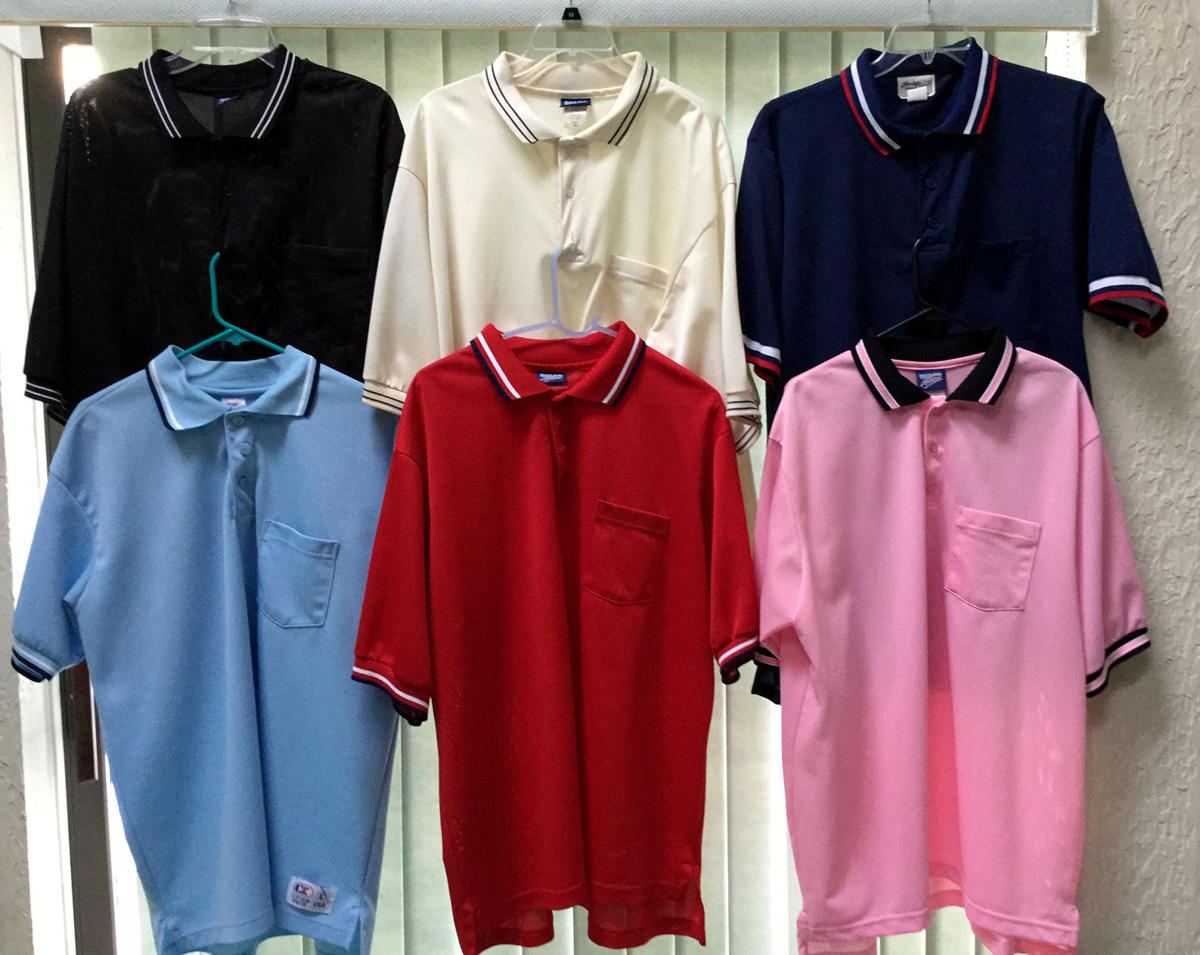 North Andover’s Frank Androski, making a call after removing his mask, belongs to the camp of umpires who prefers keeping the uniforms the standard dark blue.

Call it the color debate if you want.

Some baseball umpires like to joke about it, but others take it more seriously.

What are the proper colors for umpires to wear in the field? And does it really matter as long as all the umpires in the crew are dressed identically?

The new-age umpires don’t believe it matters so they’re big boosters of the proliferation of colors which, in New England and elsewhere, include the standard navy blue, powder blue, red, white, cream. black, maroon, silver and even — and not just for cancer charity games — pink.

“I like to mix it up,” said Atkinson’s Dave Kennedy, who works games in both New Hampshire and Massachusetts. “If you do a lot of games, it’s nice to switch off. And I think lighter shirts are cooler in the summer. Maybe it’s psychological, but it seems that way.”

Lawrence’s Steve Martinelli, who is a past president of two boards in Massachusetts and New Hampshire, says he likes the trend of expanding colors.

“I like the different colors,” said Martinelli. “I’m a big fan of cream and black — not so much for red. As long as the umpires wear the same thing, I think it looks sharp to have these (different) colors.”

Steve Collins, a past board president in New Hampshire, is a big fan of multiple colors.

“If I have a doubleheader, I’ll use a second color for the second game if my partner has the same color,” said Collins, who has shirts of six different colors. “To me, the two colors that look the most professional are cream and black.

And that can be a problem and why many umpires aren’t in favor of owning a rainbow of uniforms.

“Umpires are called ‘Hey Blue’ for a reason,” said Mark Trafton, a New Hampshire umpire and also a baseball coach at Phillips Exeter Academy. “Blue or black are generally the colors worn by professional umpires.

“I’m not a big fan of the red, white and cream. The (navy) blue and black look professional and the light blue really helps on hot, sunny days. As an umpire, I want to be as unobtrusive as possible and not wear a color that stands out.

“That’s why we wear gray pants and block socks. Why defeat the purpose with brightly colored shirts?”

Many veteran umpires are even more opposed to the proliferation of colored shirts.

“My view is that an umpire is there to do a job and not be seen,” said North Andover’s Frank Androski, who has been umpiring in New England for 38 years. “As far as I’m concerned, an umpire should be wearing dark blue or light blue.”

Phil Cultrera, an umpire for 42 years who lives in Methuen, agrees.

“I won’t go out and buy different colors,” said Cultrera. “I like the blue with gray pants. It looks more professional and I think you want to look professional. I have the powder blue for the summer, but that’s it.”

There are states in which only one or two colors are mandated but, in general, there is flexibility allowed, particularly for summer non-school ball. Which is why umpire colors will likely continue to spread.

In the end, of course, what matters most is not the colors worn by umpires, but their performance on the field. But appearance and perception can be important.

And that is why the color debate will not disappear anytime soon.