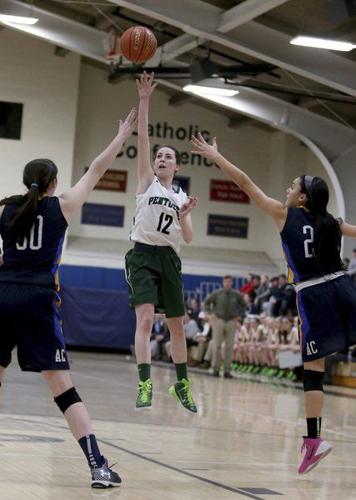 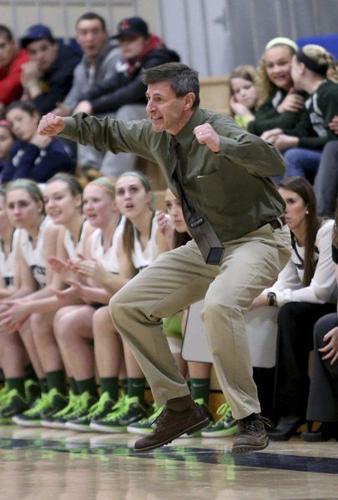 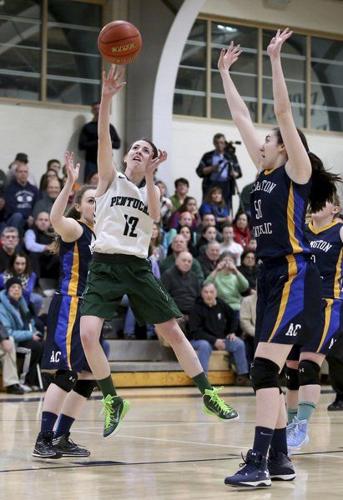 MARY SCHWALM/Staff photoPentucket's Kelsi McNamara drives to the basket against Arlington Catholic during the first half of the Division 2 North semifinals Monday night. McNamara became Pentucket's all-time scorer in the game, which the Sachems won 34-25. 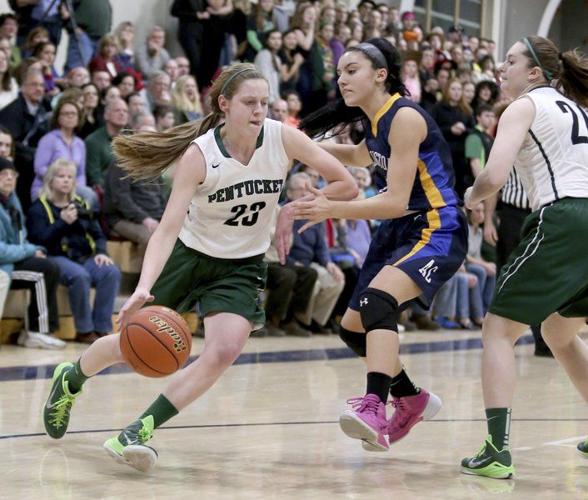 MARY SCHWALM/Staff photoPentucket's McKenna Kilian drives against Arlington Catholic during the first half Monday night in the Division 2 North semifinals. 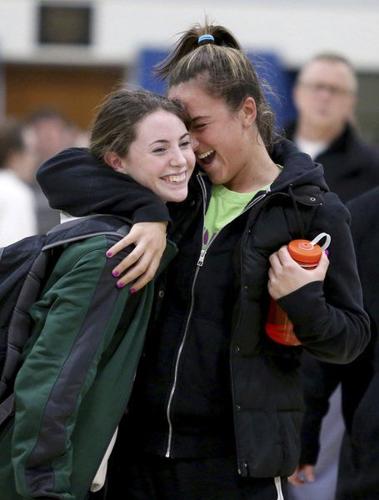 MARY SCHWALM/Staff photoPentucket's Kelsi McNamara drives to the basket against Arlington Catholic during the first half of the Division 2 North semifinals Monday night. McNamara became Pentucket's all-time scorer in the game, which the Sachems won 34-25.

MARY SCHWALM/Staff photoPentucket's McKenna Kilian drives against Arlington Catholic during the first half Monday night in the Division 2 North semifinals.

DANVERS — It wasn’t pretty, but in the end the Sachems got it done.

The Pentucket girls basketball team defeated Arlington Catholic 34-25 in the Division 2 North semifinals last night, avenging a blowout loss to the Cougars in the tournament last year to advance to this weekend’s sectional final, Saturday at the Tsongas Arena against the winner of Belmont and Watertown.

Neither team was able to shoot the ball well throughout, with defense proving to be the key for both squads. The difference in the end proved to be Pentucket sophomore Colleen Jameson, who drained four three-pointers in the third quarter to push the Sachems out in front.

Then, after AC mounted a comeback late in the fourth quarter, senior Kelsi McNamara — who had been sitting due to foul trouble — came back into the game and put the game away.

“I don’t know what the shooting percentages were, but they couldn’t have been good for either team,” said Pentucket coach John McNamara.

McNamara scored two unanswered baskets to make it 11-8 going into the second, and then a three from sophomore Colleen Jameson tied it up shortly after that.

But that would be the last basket either team would score for the rest of the half as both teams dialed up the defensive pressure.

Pentucket wound up taking the lead on a pair of McNamara free throws late in the quarter, but that was it, as the Sachems shut out the Cougars to go into the break leading 13-11.

Then in the third quarter, Jameson took off. The sophomore guard drained four three-pointers in a matter of minutes to push the Sachems’ lead to 11, and the Pentucket defense maintained its stranglehold on the Cougars, holding AC to just five points in the quarter.

Going into the fourth, Pentucket led 26-16, but after dominating on the defensive end for so much of the game, you knew it was only a matter of time before AC got back into a rhythm itself. With about five minutes to go, that’s exactly what happened, as the Cougars started winning more of the battles for the ball, and every call seemingly started to go against Pentucket.

With McNamara on the bench with four fouls, the Sachems held on for dear life as the Cougars started to inch closer, at one point closing the gap to 29-25 with just over two minutes to play.

But then with 2:19 on the clock, McNamara came back into the game, and the tone immediately changed. McNamara drained a floater to end the AC run, and she wound up scoring the last five points of the game to put the Cougars away and clinch the 34-25 win for the Sachems.

“It was definitely a nice redemption for us. They’re obviously an extremely good team, and we prepared for a long time to be ready for them, and I felt going into the game that we were ready,” Kelsi McNamara said.

McNamara finished the game with 15 points, and as a result she is now the all-time leading scorer in Pentucket basketball history. McNamara surpassed Ashley Viselli’s mark of 1,230 late in the game with a floater that effectively clinched the game for the Sachems, and she now stands alone with 1,235 points and counting.