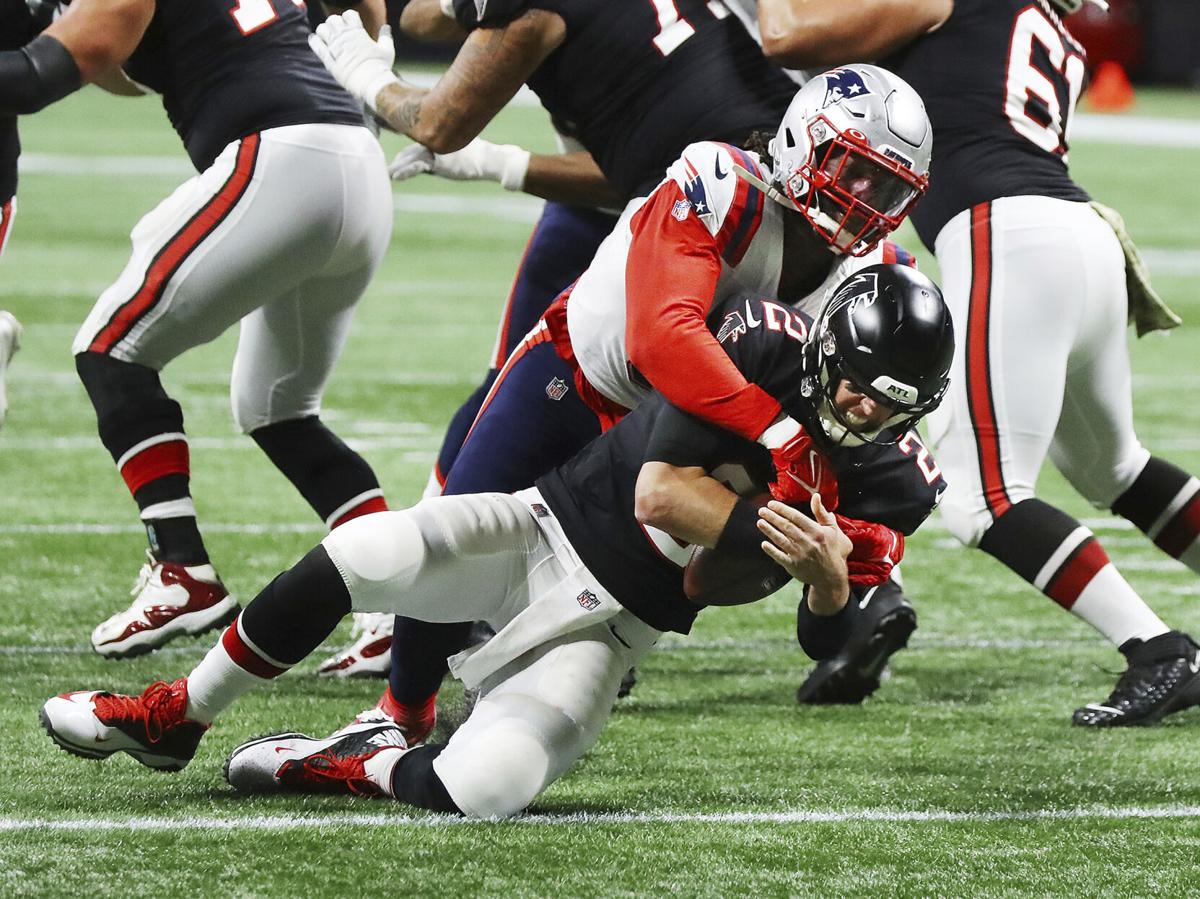 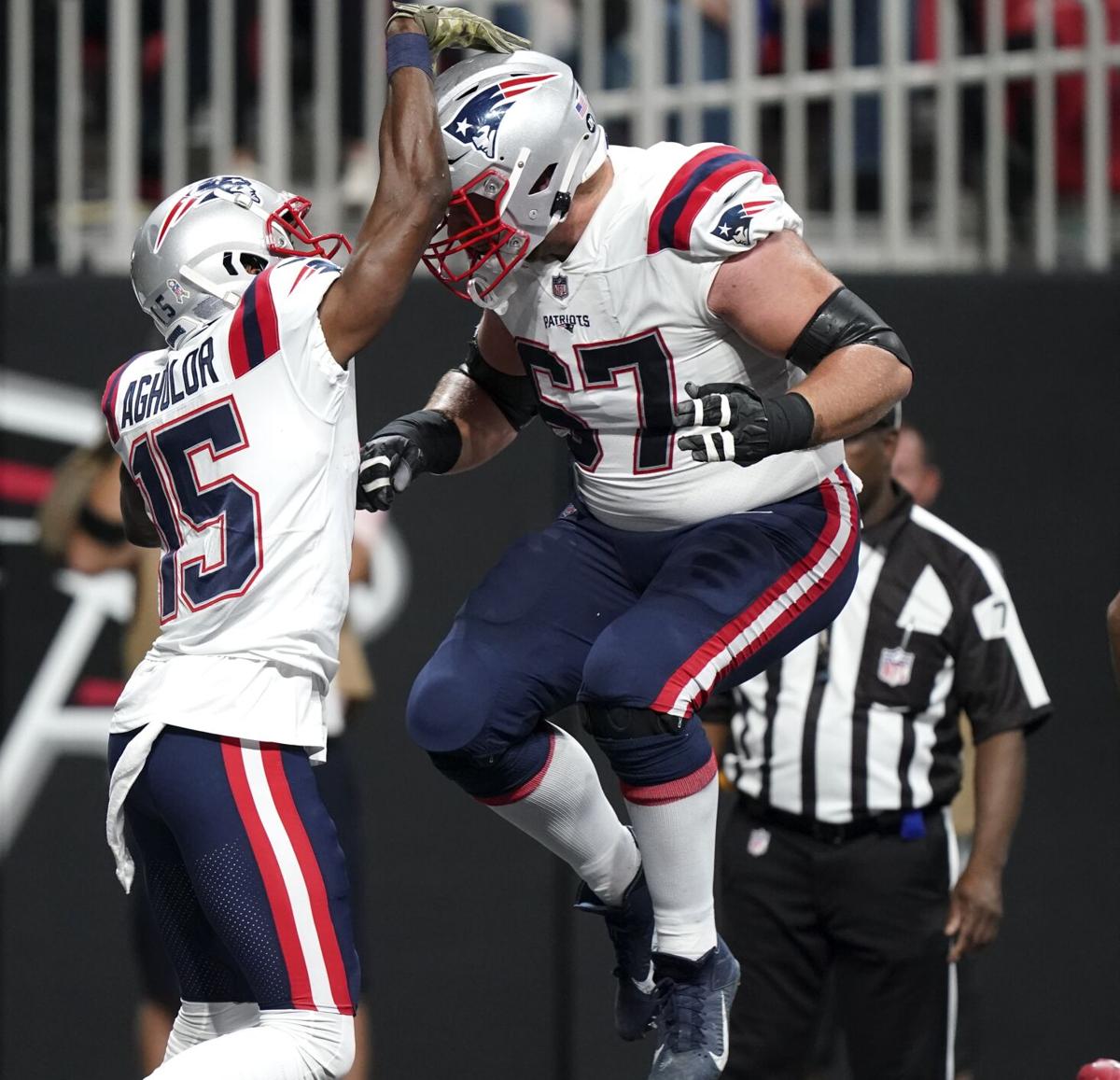 ATLANTA — Mac Jones threw a 19-yard scoring pass to Nelson Agholor for the game’s only offensive touchdown and Kyle Van Noy and the New England defense took care of the rest, blanking the Atlanta Falcons 25-0 on Thursday night for the Patriots’ fifth straight victory.

New England (7-4) wasn’t nearly as dominating as four days earlier, when the Patriots blew out the Browns 45-7, but it was more than good enough against a feeble Falcons offense that hasn’t scored a touchdown in nearly nine quarters.

Matt Ryan was sacked four times and was intercepted twice, enduing another miserable performance — this one in prime time — after posting the lowest passer rating of his career in a 43-3 rout by the Dallas Cowboys last weekend.

The Patriots drove 76 in seven plays for a touchdown early in the second quarter.

Damien Harris did most of the dirty work, running four times for 34 yards and hauling in a 9-yard pass, before Agholor got open over the middle against busted coverage, hauled in the pass from Jones and scooted into the end zone.

Van Noy had two sacks and capped a brilliant defensive performance with a 35-yard interception return for a touchdown off Falcons backup QB Josh Rosen.

Atlanta’s only chance to make a game of it came after A.J. Terrell’s 35-yard interception return sparked a drive that reached the New England 16 in the final minute of the third quarter.

On fourth and 1, the Falcons handed the ball to Qadree Ollison, who had been promoted from the practice squad just before the game. He was swallowed up by the Patriots for no gain.

Atlanta simply had no offensive punch with hybrid star Cordarrelle Patterson unable to go because of an ankle injury.

The Patriots devoted much of their attention to rookie tight end Kyle Pitts, limiting the first-round pick to three catches for 29 yards.

New England has its longest winning streak since an 8-0 start to the 2019 season, which turned out to be Tom Brady’s final year in New England.

Of course, any meeting between these two teams is sure to bring back memories of the greatest comeback — and collapse — in Super Bowl history. In 2017, the Falcons squandered a 28-3 lead late in the third quarter and lost to the Brady-led Patriots 34-28 in overtime.

The Falcons should’ve known they were in a for a long night when a lunar eclipse occurring after the game was set to last three hours — and 28 minutes.

The Patriots social media team couldn’t resist a little poke, sending out a tweet before the game that said, “We weren’t going to mention it but ... You can’t make this stuff up.”

On third and less than a yard at the New England 14, Ryan was thrown down by Van Noy for a 13-yard sack.

The Falcons still appeared to salvage some points when Younghoe Koo kicked a 45-yard field goal, only to have it wiped off the board by an illegal formation penalty on lineman Jason Springs.

Up next, the Patriots host the AFC-leading Tennessee Titans (8-2) on Nov. 26.