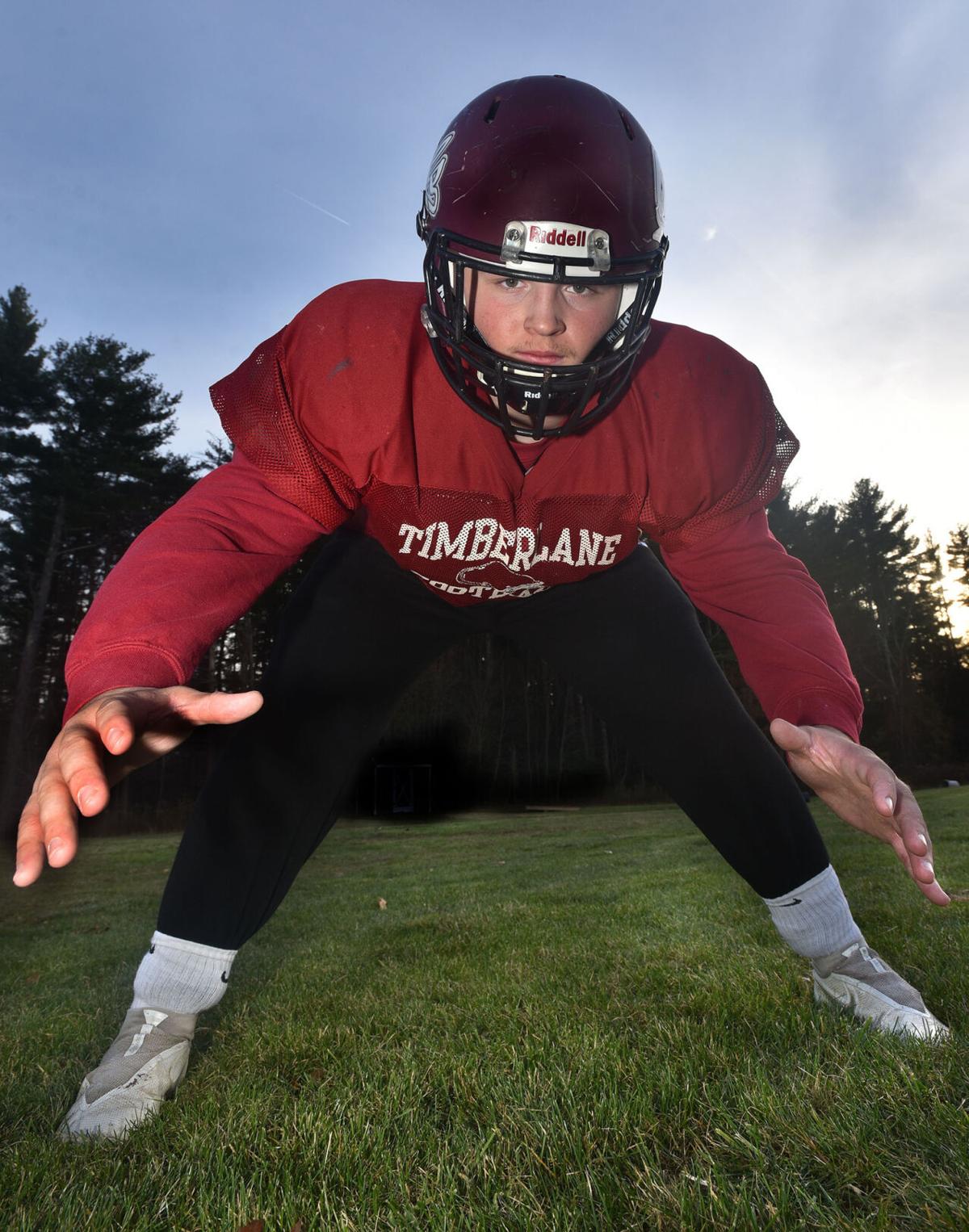 Cooper Kelley is a star offensive lineman and linebacker for Timberlane, which will play for the Division 2 state championship on Saturday. 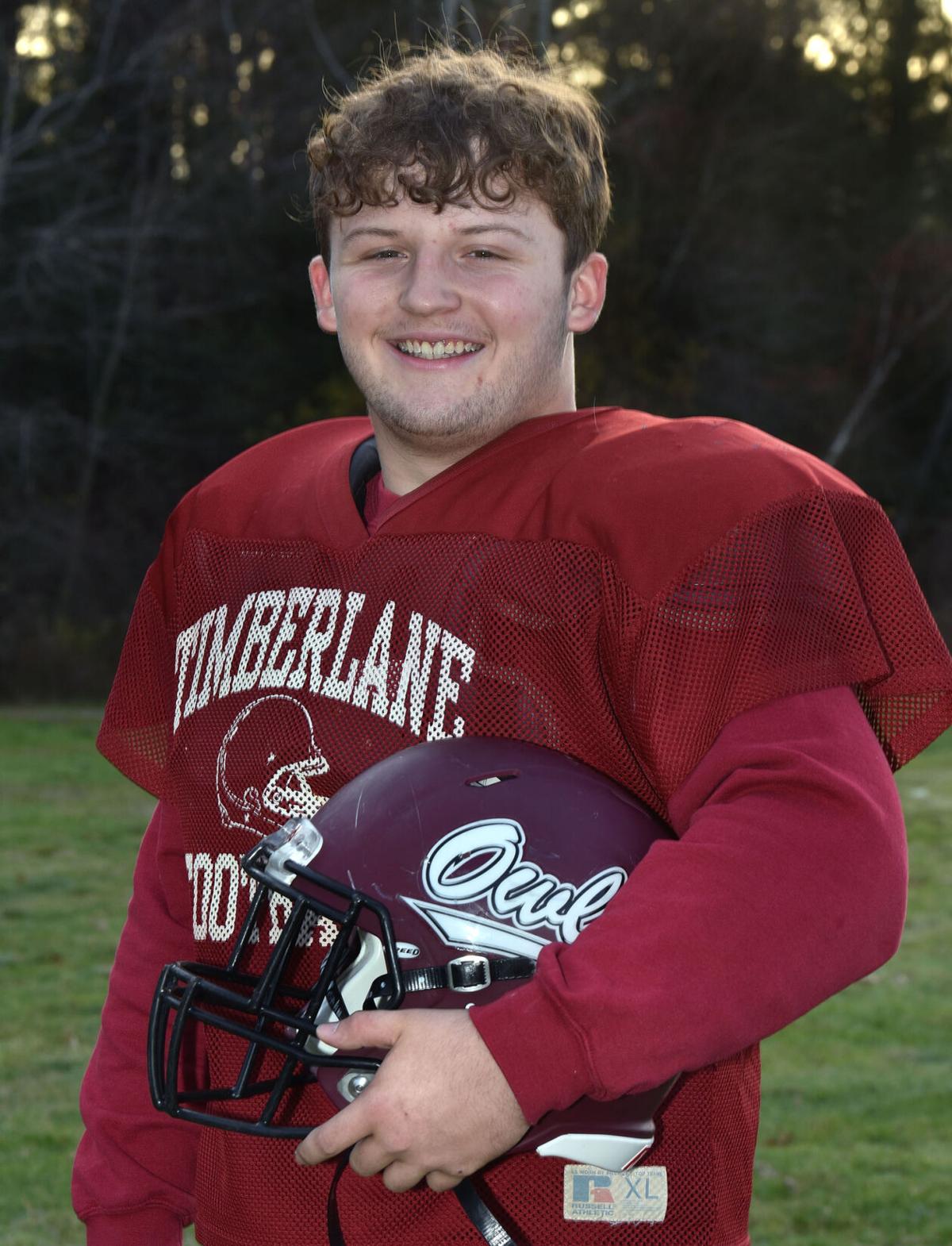 Cooper Kelley has earned Eagle-Tribune All-Star honors in football and wrestling. Now he hopes to win a football state title. 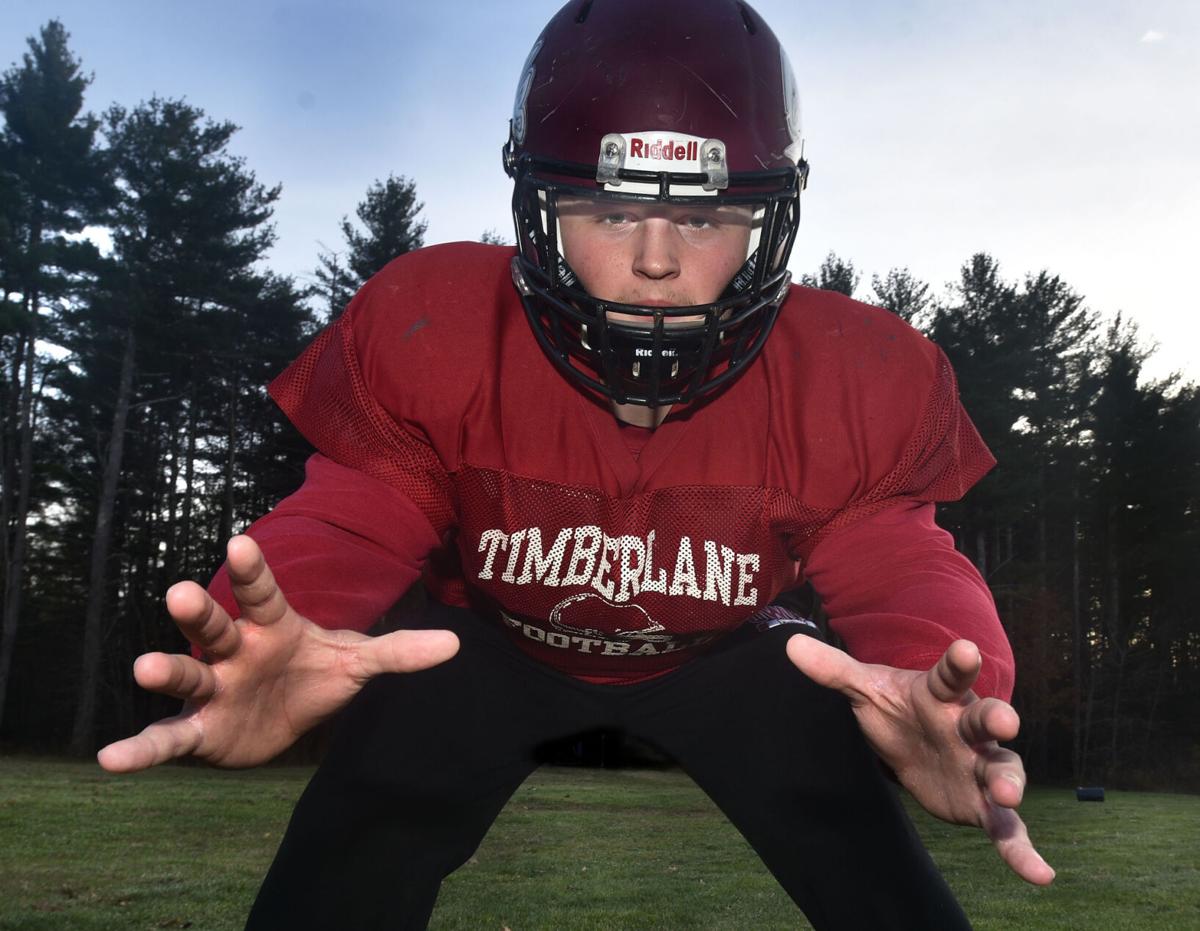 Cooper Kelley is a force tackling as a linebacker and a stellar blocker in Timberlane’s run-heavy offense. 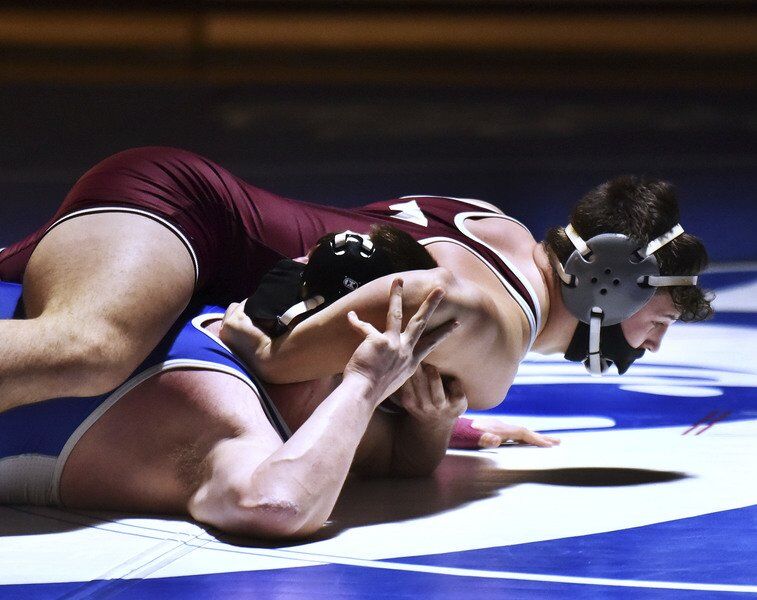 Timberlane’s Cooper Kelley credits much of his football success to his work as a wrestler. Here, he pins a Salem opponent.

Cooper Kelley is a star offensive lineman and linebacker for Timberlane, which will play for the Division 2 state championship on Saturday.

Cooper Kelley has earned Eagle-Tribune All-Star honors in football and wrestling. Now he hopes to win a football state title.

Cooper Kelley is a force tackling as a linebacker and a stellar blocker in Timberlane’s run-heavy offense.

Timberlane’s Cooper Kelley credits much of his football success to his work as a wrestler. Here, he pins a Salem opponent.

Cooper Kelley was there for the dark days of Timberlane football, as a two-way starter for the winless 2019 team.

Now, just two years later, Kelley is one win away from celebrating a state championship with those same Owls.

“We know what it’s like to struggle,” said Kelley. “So we all have a greater appreciation for the position we’re in, and we’re ready to take full advantage of it.”

After a brilliant regular season, unbeaten and top-seeded Timberlane (11-0) will take on No. 3 Milford (8-2) in the New Hampshire Division 2 state championship game on Saturday (1 p.m.) at Pinkerton Academy. A win would give the Owls their first state championship since 2001.

“We’re all very excited,” said Kelley. “As a group, we know we have a chance to do something very special for the program, and the game can’t come soon enough.”

Kelly, an Eagle-Tribune All-Star in football and wrestling, has been a constant presence for the Owls during their turnaround.

The 5-foot-9, 220-pounder is in his third season as a starting linebacker and offensive lineman for the Owls.

“Cooper is an outstanding leader in our program,” said Owls head coach Kevin Fitzgerald. “He sets a great example for all of our players in the classroom, in the weight room, and on the practice field. He puts in the time watching film and is able to process what he sees on the field quickly. This allows him to play fast and with tremendous physicality.”

Kelley admits he had no idea just how dominant the Owls would be this fall.

“I honestly had no idea our team would be this good,” he said. “We knew we had a group of kids who could play and we all had very high expectations going into the season, but we really didn’t know how successful we would be. It didn’t really hit me that we had a chance to be something special until we beat Plymouth in Week 4. They have a great program and I think we proved to ourselves that we can compete with the top level teams.”

As a linebacker, Kelley is the centerpiece of a defense that has allowed just 9.1 points per game, and has held all but one opponent to two touchdowns or fewer.

“I’ve always prided myself on my physicality, and playing linebacker allows me to play physical,” he said. “But I think my biggest strength is my ability to manage the defense, identify offensive schemes and adjust accordingly. The mental side of playing linebacker is very difficult, and (assistant) coach (Mark) Pasquini has dedicated a lot of time with me in the film room.”

On offense, Kelley played center as a sophomore before moving to guard the last two seasons, a key position in Timberlane’s run-heavy wing-T offense. He’s helped the Owls average 40.7 points a game.

“I think my biggest strength as an offensive lineman is my understanding of plays and knowing where I need to be every play,” said Kelley, who is enrolled in Advanced Placement U.S Government and Politics, human geography and statistics. “As an offensive line unit we’ve really embraced being a run-heavy team and we take great pride in it. Our offensive line works really well together.”

A major factor in Kelley’s football success is his work as a wrestler for perennial powerhouse Timberlane.

“Wrestling has greatly helped me become a better football player,” said Kelley, who plans to wrestle in college. “Most notably my balance and tackling ability have been accredited to wrestling. The two sports are very different so it is awesome that my skills in wrestling carry over to football.”

Now he hopes to end his football career with a state title.

“If I can walk off of the field as a state champion on Saturday I will feel amazing,” he said. “Our coaches and team have worked really hard to get to this point, and it would be very rewarding to cap off the season with a state championship.”

Recent history: Timberlane rallied for two touchdowns in the fourth quarter to beat Milford 21-14 on Oct. 29.