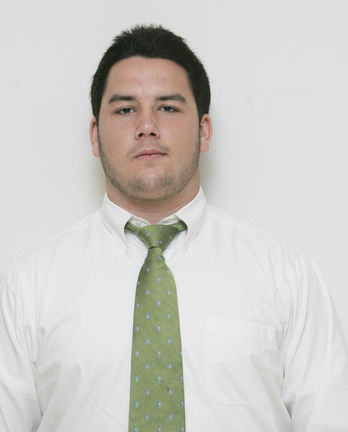 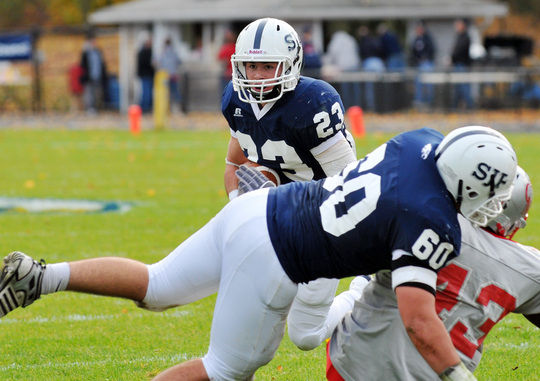 Nate Cyr provides a perfect pancake block for St. John Prep. The standout lineman will be attending Trinity College in the fall.

Nate Cyr provides a perfect pancake block for St. John Prep. The standout lineman will be attending Trinity College in the fall.

St. John's Prep football tri-captain Nate Cyr started out with a long list of schools he considered attending. But it didn't take him long to make a decision.

After visiting Trinity, Cyr knew he wanted to spend the next four years at the Hartford school.

"I'm the first in my family to go through the college process, so we started with a big list. But after I made an overnight visit to Trinity I knew that was where I wanted to play," said Cyr, who made the 40-minute trip from his home in Kingston, N.H., to St. John's Danvers campus the past four years.

"I stayed with the team, and when I left I knew that was the right place for me."

"Nate is the best pure high school lineman I've ever had," said O'Leary, whose club lost to Everett in the EMass. Division 1 Super Bowl.

"He always gave 100 percent at every practice and game. He's a great leader who is going to have a fine college career because of his work ethic and talent."