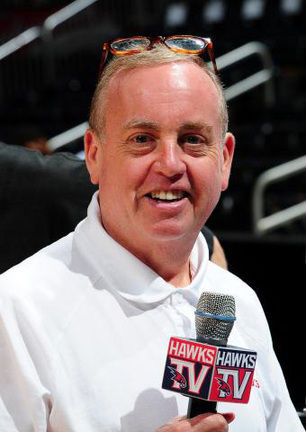 Courtesy photo: Lawrence native Steve Holman is known as “The Voice of the Hawks.” 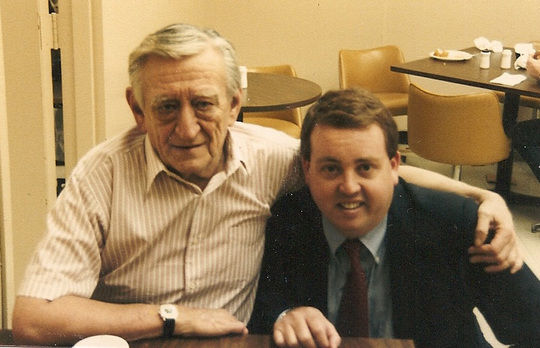 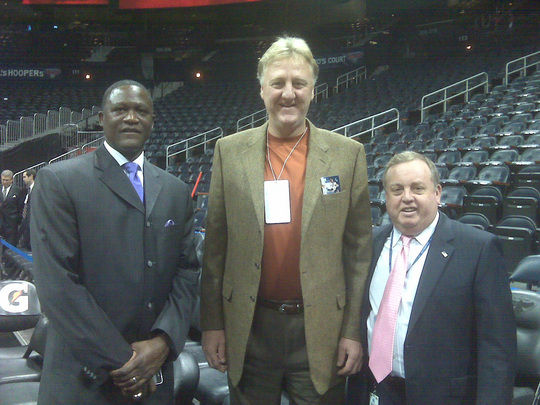 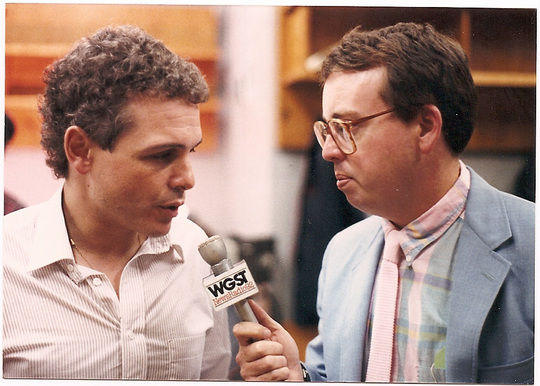 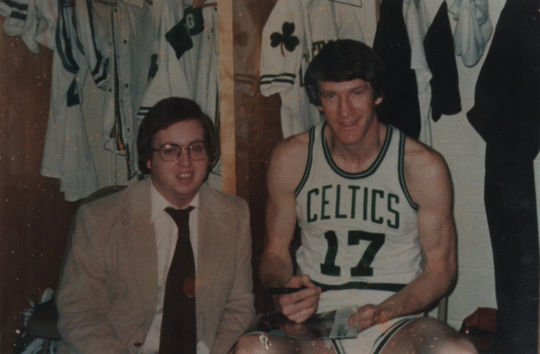 Courtesy photo: Lawrence native Steve Holman is known as “The Voice of the Hawks.”

BOSTON — For 31 years, Harry Holman of Lawrence worked as a draftsman at Craig Systems.

"My father hated his job and he never missed a day," said his son, Steve, Sunday before Game 4 of the Boston Celtics-Atlanta Hawks NBA playoff series.

Steve learned from his father the importance of going to work. But unlike his father, nobody will ever say "The Voice of the Atlanta Hawks" hates his job.

Since taking over full-time as the radio play-by-play man on March 1, 1989, he hasn't missed a game. That's 1,960 straight heading into tonight's Game 5 in Atlanta.

"This is the greatest job in the world," said the 58-year-old Lawrence High grad.

He says it with such conviction you know he means it ... despite the Hawks struggling for much of his tenure.

"I broadcast for the Atlanta fans. If it offends talk show hosts or some blogger in his underwear in his mother's basement, too bad," sniffed Holman.

Grande, the highly-regarded Celtics broadcaster, says Holman is a throwback to the Johnny Most days. The beloved Most often stole the show with his over-the-top style.

He decried, "the yellow gutless way they do things here!" when the Celtics played Isiah Thomas and Detroit.

He marvelled at how the referees let "McFilthy and McNasty," Washington's rugged big men Jeff Ruland and Rick Mahorn, get away with murder against the saintly Celtics.

Grande said, "He carries Johnny's tradition on. Here it's Tommy. I couldn't be more opposite."

Grande admires many of his counterparts who have been doing it year after year.

"They are the glue guys of our league," he said. "Guys like Steve carry the torch for the NBA. He's been doing Steve Holman style for years and years."

The comparisons to Most are natural.

"There is a lot of Johnny in what I do," said Holman, who started doing radio as a 16-year-old at WCCM Radio in Lawrence and by 17 was assisting Most with statistics and the ever frequent coffee runs at Celtic games. "I can't help it. He taught me. And I had listened since when I was 8."

You'll hear him at times speak of a ballhandler who "fiddles and diddles" or "tricky dribbles" ... a couple well-known Most lines.

He also pays tribute to his late, chain-smoking, raspy-voiced mentor by telling the fans he's "courtside at (insert arena here) to do basketball battle."

As Grande pointed out, "If Johnny was around, he'd be on YouTube all the time."

Holman became a bit of a cause celebre when in May 2009 he mocked Dwyane Wade and referred to the Heat's play against Atlanta in the playoffs as "thuggery."

"It was blown up because of the Internet," he said. "It's the first time I realized people listen in more than just Atlanta."

Outside of Hall of Famer Dominique Wilkins and current perennial All-Star Joe Johnson, Holman may be the face of the franchise.

Wilkins, who is the Hawks' vice president of basketball, said at Sunday's game, "It's very easy for him to connect with people. He's an important piece for our basketball team. I've known him a long time. He's a great guy, funny. The players get a kick out of him. He has a great relationship with them."

Georgia is football country, so a team like the Hawks, who have to fight to stay relevant, relish having an ambassador like Holman.

He breaks out into a smile talking about the fans who come by his seat at Philips Arena and asks for autographs or pictures.

One such fan grew up to be a decent player by the name of Josh Smith, the Hawks' gifted young forward.

He wrote in a tribute piece to Holman: "No matter how long he goes on for, count on plenty of smart, witty broadcasting from Holman, along with plenty of Hawks-centric commentary and emotion. And we wouldn't want it any other way. Thank you, Steve."

The Hawks haven't even been to the Eastern Conference finals since 1970. That's a lot of bad basketball. Celtics fans have been spoiled: Boston has made it 16 times in that span!

But Holman is a glass half full guy.

"If we stayed healthy this year, we would have made a special run," he insisted. "And who are the only three teams to have made it to the second round, the last three years? L.A., the Celtics and Hawks."

His colleagues realize it's much easier to broadcast championship-caliber teams.

"I sympathize with those guys," said the five-time Emmy winner Gorman, who has experienced plenty of highs and lows in his 30 years broadcasting Celtics games with Heinsohn.

Roots important to him

An only child, his parents are both deceased. He's been in Atlanta for his entire adult life, but he still enjoys his local roots.

His cousins, the Fords, still live in Salem, N.H. His good friend, Mike Schruender of North Andover, is always his "assistant" when the Hawks are in town. Holman spent time in the area over the weekend.

"I visited my folks' graves at St. Augustine's in Andover," he said. "We had lunch at Orzo's. The highlight was going to the North Andover VFW. Some guys are in the same seats from when I was there in 1978 ... George Clarke and Cliffy Stone."

Most and WCCM were important parts of his long career in radio and as tribute to WCCM's owner, hall of fame broadcaster Curt Gowdy, Holman's dog is named Gowdy.

Lawrence native Steve Holman is at 1,960 and counting. He's never missed a game since he took over the Atlanta Hawks radio beat on March 1, 1989.

"Guys in this business don't retire," he said. "As long as I'm physically and mentally able, I have no plans to retire. What would I do? Do I have a chance? I think I do."

With 82 regular season games a year and perhaps 5-10 playoff games annually, it would take about 15 years.

Some of his broadcasting brethren are mighty impressed with Holman's streak.

"He's a warrior," said Mike Gorman of CSN-New England. "He's got a nice streak going. When he finally doesn't show up, it will be because he's retired!"

Sean Grande of WEEI said, "The life will beat you up."