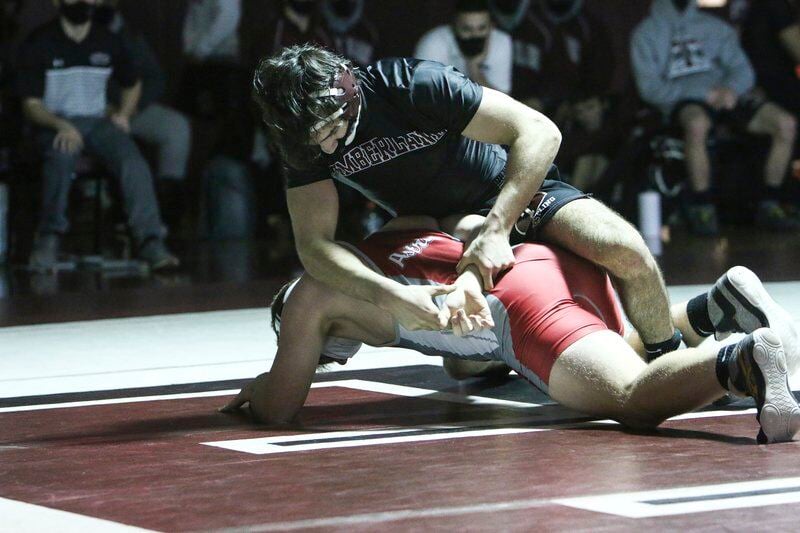 Zdrada photoTimberlane's Anthony Rousseau has a grip on Pinkerton's Marcus Sconza prior to turning him for a pin. Rousseau is undefeated this year. 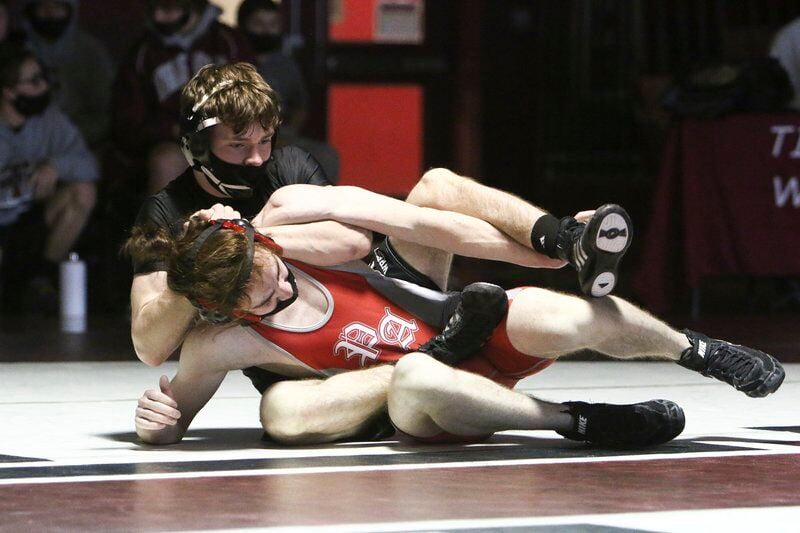 Zdrada photoTimberlane's Erik Kappler is in control of Pinkerton's David Hammond Saturday on his way to a 6-1 decision. 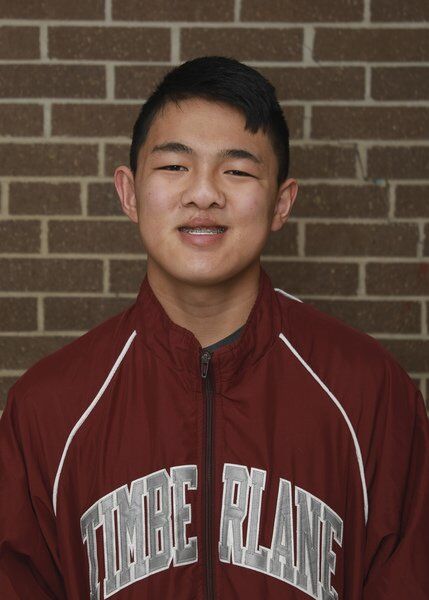 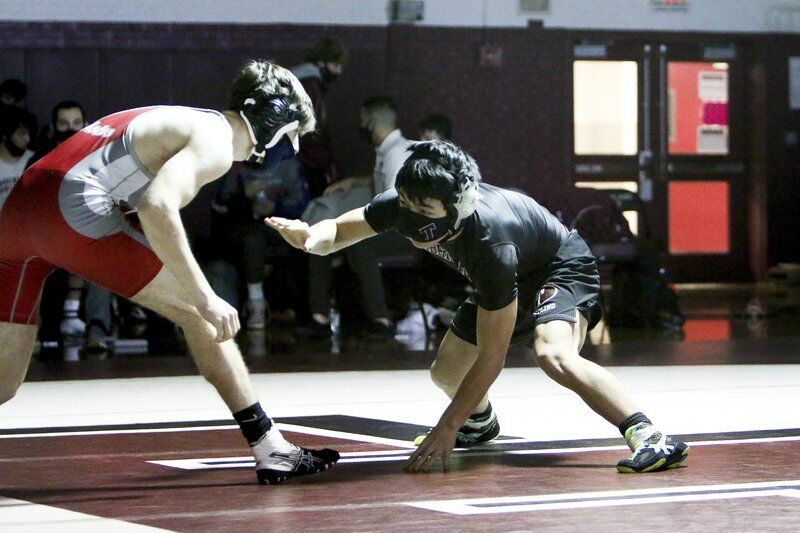 Zdrada photoTimberlane's Ben Little, right, focuses on Pinkerton's Nathan Lindquist prior to recording a takesdown and a pin.

Zdrada photoTimberlane's Anthony Rousseau has a grip on Pinkerton's Marcus Sconza prior to turning him for a pin. Rousseau is undefeated this year.

Zdrada photoTimberlane's Erik Kappler is in control of Pinkerton's David Hammond Saturday on his way to a 6-1 decision.

Zdrada photoTimberlane's Ben Little, right, focuses on Pinkerton's Nathan Lindquist prior to recording a takesdown and a pin.

Little remained undefeated Saturday morning with a first-period pin at 126 pounds as Timberlane rolled past Pinkerton 69-12 in the quarterfinals of the Division 1 dual-meet state tournament.

He is now 8-0 on the year with five pins, including four in the first period.

And this is from someone who was not a starter for much of the season last year. He began the season starting but then lost his position to then-junior Jake Rousseau and was unable to win it back.

“That motivated me to come back and get the starting position and keep it,” said Little, who lives in Plaistow. “I set a goal of staying on varsity all year and winning state.”

To that end, Little worked out diligently throughout the offseason, often times at The Barn in Kingston, making it a point to work out with wrestlers heavier than himself.

“I think I’ve improved a lot on my offense,” said Little. “Last year, my offense wasn’t too good when I was in neutral. But I worked on that and I’ve gotten better at takedowns.”

Against Pinkerton, Little seemed to feel out Pinkerton’s solid Nathan Lindquist for a good minute. But he then recorded a takedown and gradually applied pressure until he got the pin at the 1:39 mark.

At this point, Little has virtually become one of what former coach Barry Chooljian used to call the Owls’ go-to guys, wrestlers the team relied on to deliver and usually with a pin.

Others in that category are undoubtedly 152-pounder Nick Pallaria and junior 160-pounder Anthony Rousseau, both of whom had first-period pins Saturday and are undefeated on the year.

Rousseau, who sat out the last two meets with a minor hip issue, is 6-0 on the year with four first-period pins. He, like Pallaria, has yet to be seriously tested this year.

“I’m sure I’ll be seeing tougher kids in the tournament from here,” said Rousseau.

The only decision of the meet went to junior Owl Erik Kappler, who defeated Pinkerton’s solid David Hammond 6-1. Kappler had a takedown in the first period, a reversal and takedown in the second period and showed why he’s so good on top by riding Hammond for the entire third period.

“That was one of those matches we weren’t sure about, but Erik wrestled it perfectly,” said Timberlane coach Dan Donovan. “He did everything he should have done.”

Timberlane will take an 8-0 record into Wednesday’s 6 p.m. semifinals against Nashua North. Salem (8-1) will host Concord in the other semifinal Wednesday with the winners meeting in the championship next Saturday at the site of the highest seed.