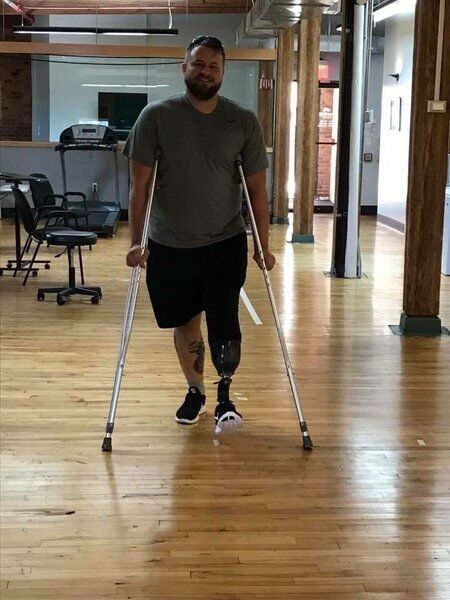 Courtesy PhotoBrandon Korona, here recuperating at the hospital, has struggled to get around the house since being wounded while serving in Afghanistan and losing his leg. Now, he is having a home built for him in Derry. 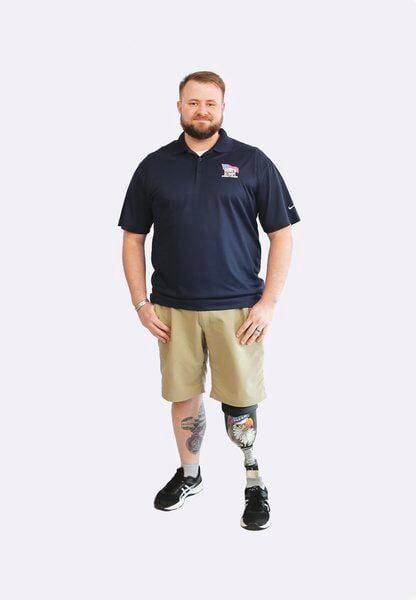 Courtesy photoArmy Sgt. Brandon Korona, who was wounded in Afghanistan, is having a home built for him in Derry, thanks to Homes For Our Troops and the Andover-based Run For Our Troops 5K 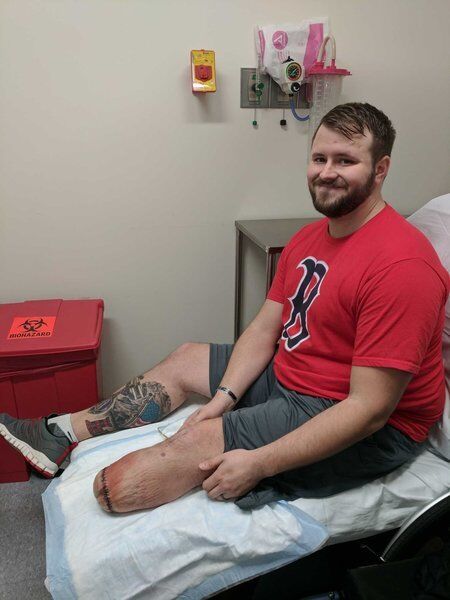 Courtesy PhotoBrandon Korona, here at the hospital, lost his leg after being wounded while serving in Afghanistan. 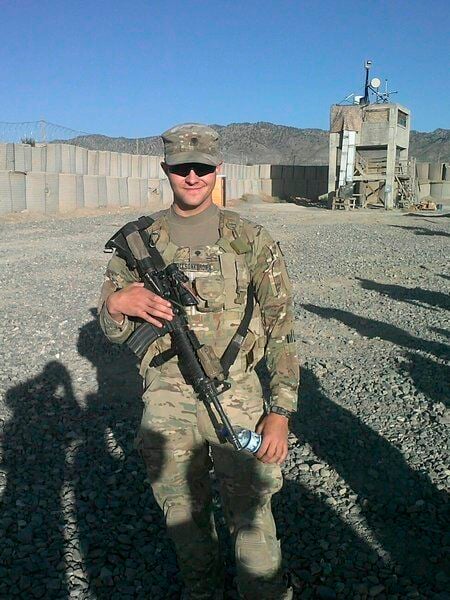 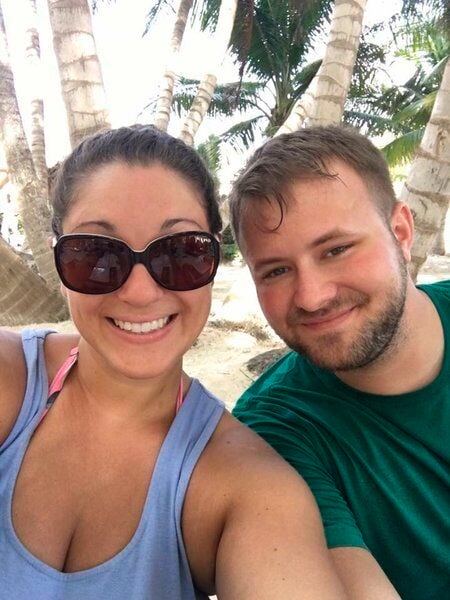 Courtesy PhotoBrandon Korona, here recuperating at the hospital, has struggled to get around the house since being wounded while serving in Afghanistan and losing his leg. Now, he is having a home built for him in Derry.

Courtesy photoArmy Sgt. Brandon Korona, who was wounded in Afghanistan, is having a home built for him in Derry, thanks to Homes For Our Troops and the Andover-based Run For Our Troops 5K

Courtesy PhotoBrandon Korona, here at the hospital, lost his leg after being wounded while serving in Afghanistan.

When Brandon Korona was growing up, his dream house looked something like this:

A huge colonial with stairways, several bedrooms, as many bathrooms, and a huge man cave for hanging out while watching sports or playing video games.

Now 29, his “dream house” has been reconfigured a bit:

One level. A few bathrooms. A few bedrooms. Lower tables, lower counters and definitely no stairs.

That is the home that will be built for him and his wife, Chelsea, in Derry, N.H., next spring thanks to Homes For Our Troops and, locally, the Run For Our Troops 5K on Sun., Nov. 15.

The 10th annual race in Andover has been changed to a virtual event, but the course will be available to those that would like to run or walk. There will also be live updates and commentary on video via app.

On June 23, 2013, Army Sgt. Brandon Korona, on a route-clearing mission in Paktika, Afghanistan, was driving a truck before it broke down.

Korona and another soldier were picked up by another truck as passengers. A mile or so into their ride a 250-pound I.E. bomb exploded underneath them.

Korona, who was knocked unconscious, had his left leg mangled, breaking every bone below the knee. Another solider died at the scene.

“It was the loudest explosion I’ve ever heard, “ recalled Korona, who was awarded a Purple Heart for bravery after waking up from being unconscious and aiding his comrades at the scene.

“It’s something I still deal with,” said Korona, who also broke his right ankle and was later MEDEVACed to a military hospital in Afghanistan. “Over time, I’ve gotten better, but I still have a ways to go.”

He had several surgeries on his leg, but the pain never subsided and four years later, it was amputated below the knee.

It has meant wheelchairs, crutches and a prosthetic leg. It has also meant a difficult existence in standard two or three-story homes.

“We currently live in a triple-level split,” said Korona. “I can’t use the wheelchair in the house. The only way I can get around is with crutches. It’s not fun with two sets of stairs.”

He often uses his prosthetic, which can be rough on his knee if he does a lot of walking.

Korona was at a cocktail party for the Soldiers Fund where he met Bill Ivey, executive director of Homes For The Troops, an organization that builds and donates specially adapted custom homes to severely injured post-9/11 veterans.

“I told him about some issues I was having and he said ‘You know you qualify for this,’” recalled Korona. “I was stunned.”

Korona, who works for BAE Systems, Inc. of Nashua, N.H., which researches and develops commercial, defense, and space electronics, picked out a location in Derry, N.H.

The project will begin in the spring and the one-floor home will have standard adaption for amputees.

“I know it’s easy to take for granted just to get around the house,” said Korona. “For me, I have taken for granted that it’s not easy. This new home will be amazing. It makes it so I can get around my house however I want to. It’s incredible.”

The Andover-based Race For Troops, which was created by local runner Bill Pennington, has annually made a donation to one of the homes being built, usually around $30,000 based on proceeds.

This is the first home being built locally.

“Honestly, this year I have to give my daughter, Melissa, credit for this year’s event,” said Pennington. “It was about two months ago while in Vermont, and I was so discouraged, thinking I’d be giving everyone their refunds back on the race.

“She said, ‘That’s not the daddy I know. You can do better.’ It was a kick in the pants. It would have been something my mother would say, ‘Son, pick up your pants and act like a Marine!’”

The idea to make the race go virtual was born, and thus far the numbers of participants is growing, which means more proceeds for Sgt. Korona’s home.

“I am so appreciative of their support for my home,” said Korona. “This allows Homes For Troops to save a little money and focus on another build. I can’t thank Bill (Pennington) enough. This means a lot to me and my wife. This really is our dream house.”

Run For The Troops race details

All walkers/runners: Receive a Run For the Troop T-shirt and $20 Whirlaway Running Center gift certificate.

How to enter: Go to http://www.runforthetroops5k.com