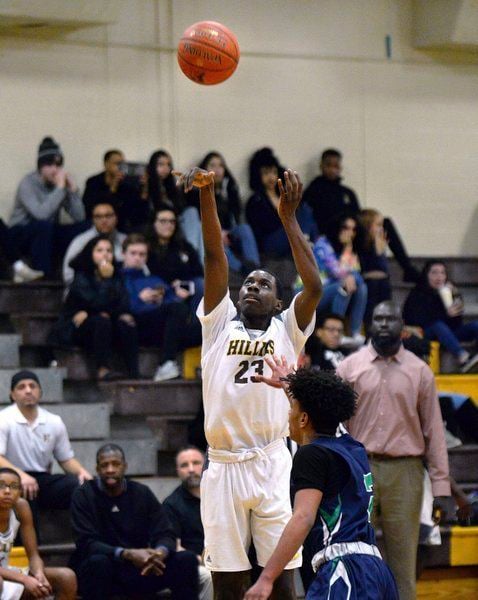 CARL RUSSO/staff photoHaverhill's Jeremyah Phillips fires up a jump shot against Lowell Catholic. Phillips is one of the key players for a Hillies team with plenty of promise. 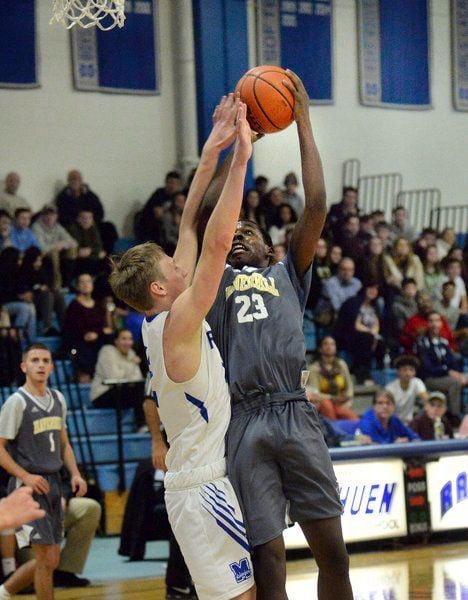 CARL RUSSO/Staff photo.Haverhill's Jeremyah Phillips goes to the basket against Methuen. Taken in by his now-adopted mother at 7-years-old, Phillips found a home in Haverhill, and a love for basketball. 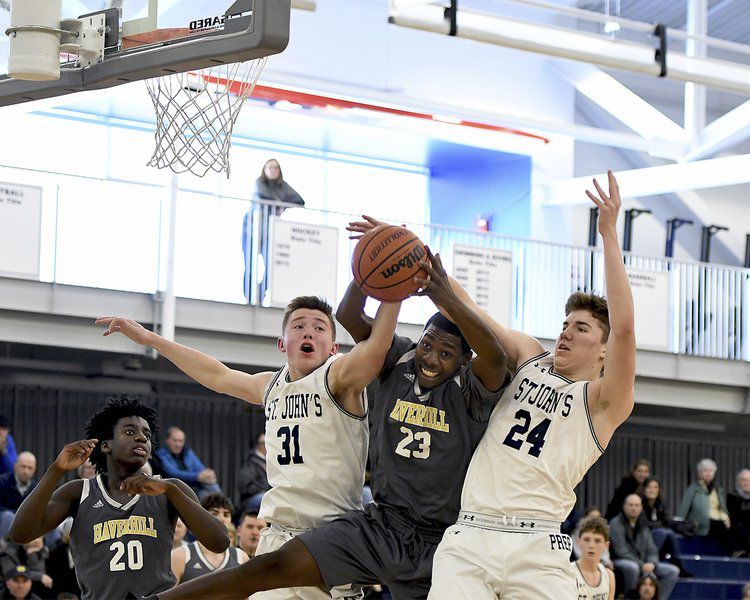 CARL RUSSO/staff photoHaverhill's Jeremyah Phillips fires up a jump shot against Lowell Catholic. Phillips is one of the key players for a Hillies team with plenty of promise.

CARL RUSSO/Staff photo.Haverhill's Jeremyah Phillips goes to the basket against Methuen. Taken in by his now-adopted mother at 7-years-old, Phillips found a home in Haverhill, and a love for basketball.

HAVERHILL — No matter if Jeremyah Phillips is hitting a game-winning shot, or simply playing gritty defense, the Haverhill High standout knows his No. 1 fan will be in the stands cheering.

Karen Lassiter, by her own admission, can be a bit vocal in her enthusiasm.

“When I’m there, everybody knows whose son he is,” said Lassiter with a laugh. “I’m not as vocal as I used to be, but I am super proud of JP.”

In September of 2010, Phillips’ life changed forever. After spending much of his early years shuffled between foster families, the 7-year-old Phillips finally found a home in Haverhill, when Lassiter welcomed him into her life.

“I didn’t know what to expect at first,” said Phillips. “It was hard. But she opened her arms and took me into her home. That’s where I am today, and it’s been smooth ever since.”

Having finally found the security he long desired — Lassiter officially adopted Phillips and his two biological brothers in 2014 — he began to discovered a new passion, basketball.

Now a junior at Haverhill High, Phillips has grown into a key contributor for the Hillies varsity basketball team that entered the week a solid 4-3. The 6-foot-3 forward is averaging 7.7 points per game.

“I grew up watching (current NBA player) Noah Vonleh play for Haverhill High, and after that I dreamed of playing for Haverhill,” said Phillips. “I just started playing basketball more and more, and started to fall in love. I love the team we have this year. I feel like we can do big things.”

For Phillips, childhood was anything but care-free.

He spent his early years in multiple foster homes, including stops in Worcester, Framingham and Littleton.

“I went from house to house a lot,” said Phillips, who declined to say why he was in foster care. “It was very, very hard. You can’t find people to take you in. It was a real struggle.”

Having faced those challenges, Phillips didn’t know what to think when he was introduced to Lassiter in August of 2010.

“I had been with a lot of different people, so I wasn’t expecting much at first,” he said. “It was nerve-wracking.”

Lassiter, however, felt something very special from the first meeting.

“When I saw JP, I knew he was the one,” said Lassiter. “He was the youngest foster child I ever had. I always took in the older kids. But I felt that connection to JP, and then his brothers.”

Lassiter — who retired from a mutual fund company in Boston and then worked for the city of Haverhill — admits there were growing pains early on.

“JP had never had any stability,” she said. “He never had the chance to put down roots or form relationships and friendships. No one worried if he did his homework or studied. I hold my kids accountable. But I also support them tremendously.”

In January of 2012, Lassiter also welcomed Phillips’ two biological brothers, Michael and Lorenzo, into their home. She officially adopted all three in May of 2014.

“It was a great feeling,” said Phillips. “It’s been great ever since.”

Phillips had little interest in basketball as a child. But, when he arrived in Haverhill, he became drawn to the sport.

“I would take JP to watch Noah’s games, and he loved it,” said Lassiter. “Noah would come over to our house. They would be out in the backyard, and JP would try to shoot around with Noah and Parker. When Noah made the big time, JP was amazing.

“I think basketball played a big role in JP’s growth. Being a part of the team was big. And this team is great. Everyone helps each other, the coaching staff is amazing. And everyone cheering for him is a big ego boost.”

Phillips excelled for Haverhill’s Hunking School, then for the Haverhill travel program. He broke onto the varsity roster last winter as a sophomore, scoring 11.2 points per game and leading the Hillies to a 12-10 record and their first state tourney berth since 2012-13. His biggest day was a 19-point, four-block game against Methuen.

And he is hoping for even more this season.

“We want to make it back to the tournament like last year, and advance even further,” said Phillips. “We have a very strong team. We have what it takes to beat the small schools, and hopefully beat the big schools too. Then we can move on from there.”

“JP loves to cook,” said Karen Lassiter, his adopted mother. “He cooks Thanksgiving and Christmas dinner. He cooks dinner once a week, things like chili and Italian chicken. I tell him, ‘If you don’t make it in basketball, you can open a restaurant.’”

Phillips has two brothers, who have interest in other sports. Middle brother Michael, 14, loves playing floor hockey at the Plaistow YMCA. Younger brother Lorenzo, 12, is a black belt in Karate at Ocasio’s True Martial Arts in Haverhill