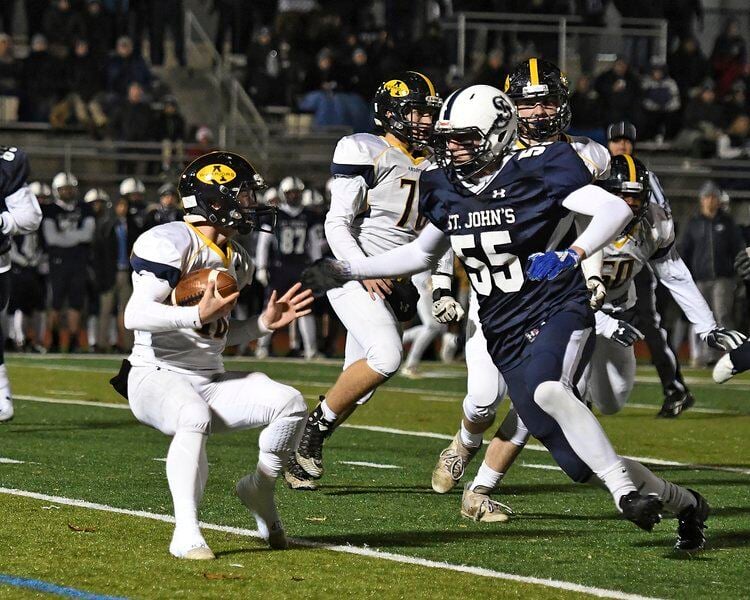 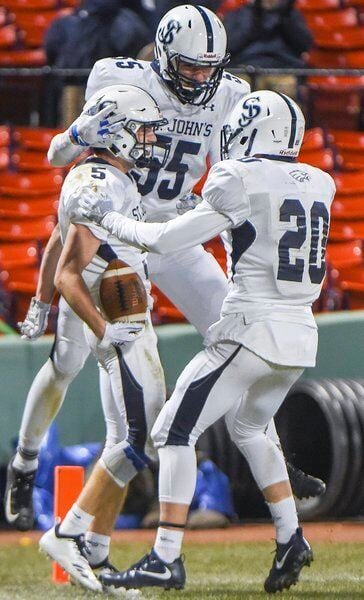 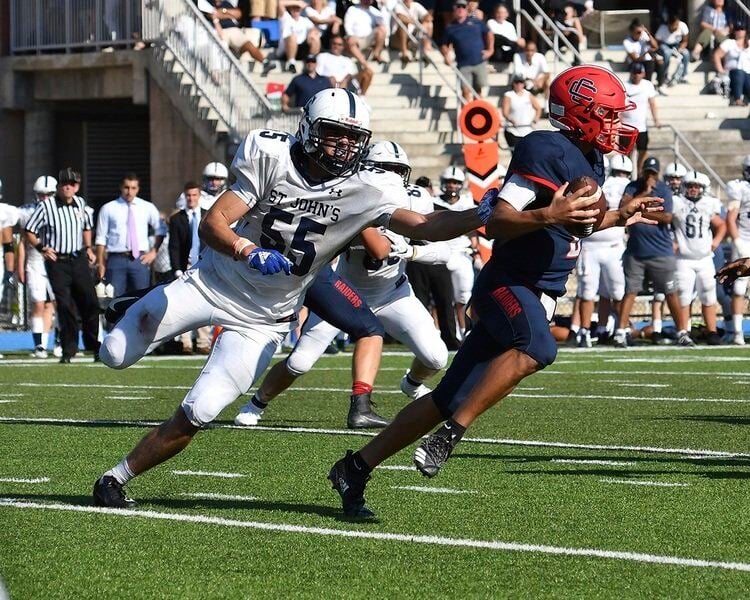 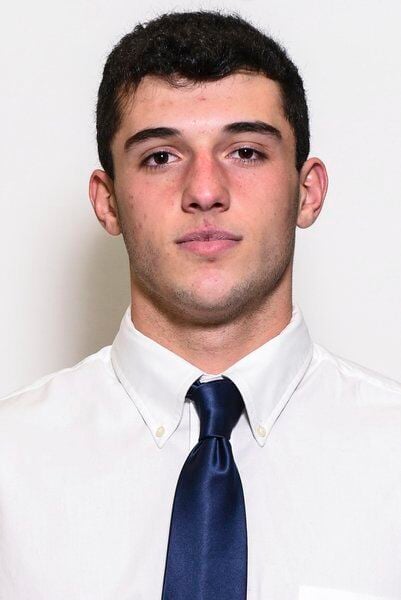 North Andover’s Collin Taylor remains uncertain quite what his senior high school football season may hold, thanks to the coronavirus, as he dreams of leading St. John’s Prep to a third straight Division 1 state title.

But the defensive end, who is perhaps Massachusetts’ most feared pass rusher, has solidified his college football future.

Taylor has committed to play football for iconic Princeton University.

“I’m beyond excited to be committed to Princeton,” said Taylor. “It’s truly a dream come true. There’s no doubt in my mind that it is the right place for me. Getting the opportunity to play Division 1 football in the Ivy League is something I’ve dedicated my full effort to, and to make it official feels amazing.”

Taylor is coming off an All-Scholastic 2019 season, when the then-junior tallied 15 sacks while leading a St. John’s Prep defense that surrendered just 11.4 points per game.

The 6-foot-5, 220-pounder said he received offered from 21 Division 1 college programs, choosing Princeton over the likes of Army, UMass Amherst, UConn and UNH.

“(Princeton associated head coach Mike Willis) was one of the first college coaches I ever talked to,” Taylor remembered. “I met him at a camp last June, where we hit it off, and he told me they would be in touch. I went for a visit during my junior season, which was great.

“Due to the coronavirus, I was not able to visit during the winter or spring. Princeton offered me in April and I was ecstatic. I’ve spent numerous hours on zoom with the staff and players, both getting to know them and learning about the program. Their energy and passion during the recruiting process was a huge factor in my decision.”

Taylor felt early on that the Ivy League would be a perfect fit.

“The primary focus of my recruiting was the Ivy League,” he said. “The opportunity to attend such a prestigious school and play in a competitive Division 1 football conference was definitely the balance I wanted. All Ivy League schools are certainly great options, but it was clear Princeton was the right place for me.”

The Tigers will not play football in 2020 due to the coronavirus pandemic, but Taylor gives Tigers fans a major reason to be excited about the team’s future.

Last fall as a junior, he had a sack as the Prep again beat CM for the Division 1 title. He had six tackles and a sack in the North title game win over Central Catholic, three sacks in a playoff victory over Andover High and a sack in a tourney win over Lowell.

“Collin is a dynamic pass rusher,” said Prep head coach Brian St. Pierre last fall. “He has great length and speed, which makes him difficult to block. He’s relentless in pursuit of the ball, which leads to lots of tackles.”

Taylor is confident his pass rushing ability will translate seamlessly to college football.

“The Princeton coaches have always highlighted my high motor on the field,” he said. “They like their players to be fast and explosive. I believe I fit their ideology well. Also, after watching film with (defensive coordinator/defensive line coach Steve Verbit) we believe it’s a great fit.

“One of my biggest assets is that I’m still growing into my frame. I believe that my greatest strengths are my speed and quickness, which are essential to the college game, and well as my dedication. I hope that this combination will help me continue to bring success to Princeton.”

North Andover’s Collin Taylor remains hopeful that his senior football season for St. John’s Prep will not be spoiled by the coronavirus pandemic.

“(Two weeks ago) the MIAA announced that if the football season happens, the starting date for practice will be pushed back to Sept. 14,” he said. “This would mean that games would start in early October, and there would likely be a shortened schedule.

“I’m certainly worried that the season will be cancelled, but while there is still hope I will continue to be hopeful. If the season happens in any capacity, I will be more than happy. Getting the chance to play our senior season means the world to me, my teammates, and every high school player in the state.”