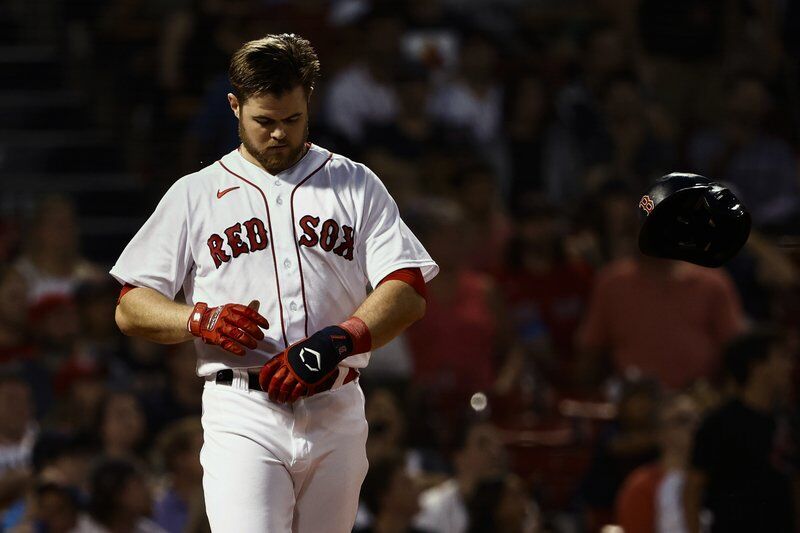 AP Photo/Winslow TownsonBoston Red Sox’s Christian Arroyo tosses his batting helmet after striking out against the Houston Astros during the third inning Tuesday. 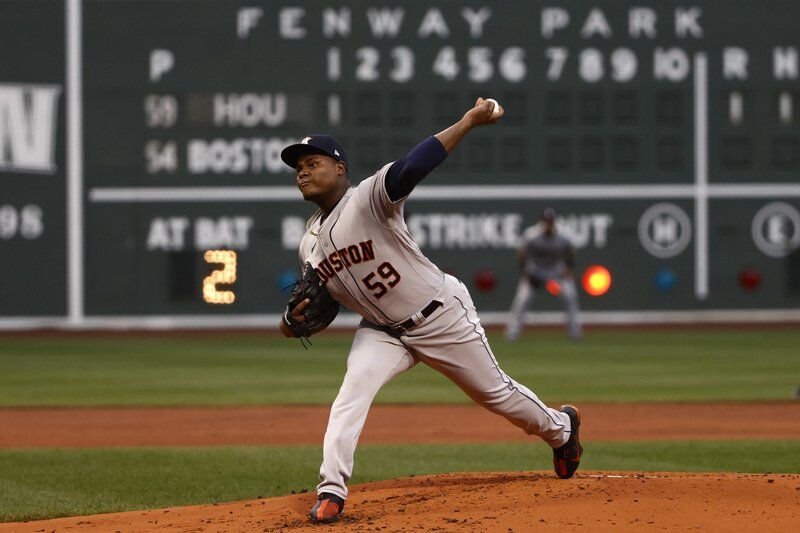 AP Photo/Winslow TownsonBoston Red Sox’s Christian Arroyo tosses his batting helmet after striking out against the Houston Astros during the third inning Tuesday.

It was the Astros’ fourth win in five games against Boston this season after taking three of four last week in Houston. The Astros have outscored the Red Sox 26-10 overall.

Valdez (2-0) allowed one run and five hits over 7 1/3 innings, striking out eight to pick up his second straight win over Boston. He held the Red Sox to one run in seven innings last week.

Enoli Paredes got the final two outs in the eighth and Josh Taylor pitched a scoreless ninth.

Red Sox starters entered the game having gone five or more innings 50 times in 2021, tied for the most in the majors.

But Boston starter Martín Pérez (4-3) lasted just two innings, allowing six runs off six hits. It was his shortest outing in 12 starts and stopped his streak of four consecutive wins.

Relievers Matt Andriese, Brandon Workman and Phillips Valdez combined to allow five hits and one run over the rest of the game.

Pérez was coming off pitching 7 2/3 scoreless innings against Houston last week to lead Boston to its sole win in that four-game series.

The Astros made sure he had a much shorter outing in this one.

Correa put the Astros up 1-0 in the first, driving Pérez’s sixth pitch of the game down the left-field line and off the foul pole for his 11th home run of the season.

It turned out just to be the preamble to a deluge of Houston runs the following inning.

Michael Brantley and Kyle Tucker led off a five-run second with back-to-back doubles and Martín Maldonado drove them in with his single into the left-field corner.

Myles Straw got aboard with a walk before Pérez finally got his first out of the inning, striking out Jose Altuve.

It was a brief reprieve.

Yuli Gurriel then singled to make it 6-0.

Alvarez hit his eighth homer in the fourth.

Red Sox: RHP Nathan Eovaldi (7-2, 3.78) has won each of his last three starts and four consecutive decisions, his longest streak since 2016.