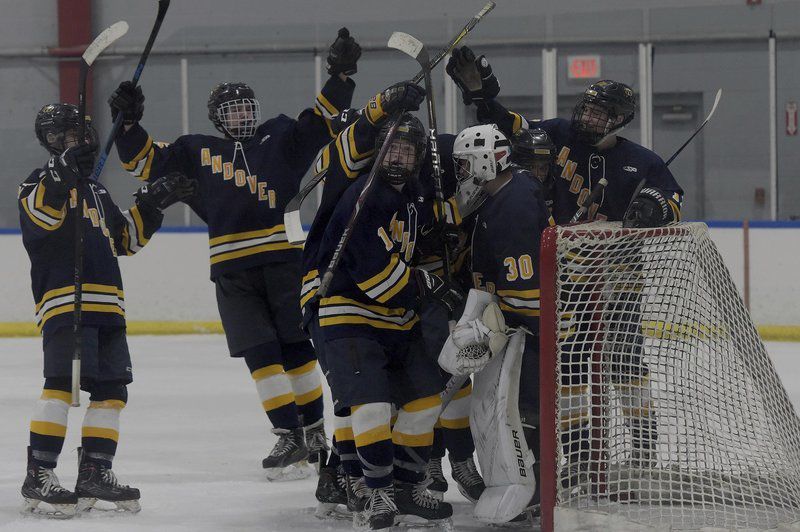 TIM JEAN/Staff photoAndover goalie JJ Quill (30) is swarmed by his teammates after defeating Central Catholic 5-3 on Saturday. The Golden Warriors rallied from a 2-0 deficit. 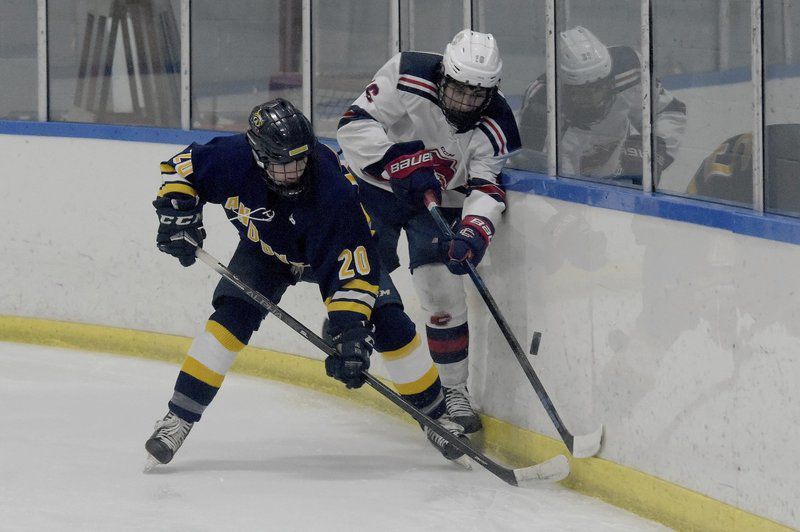 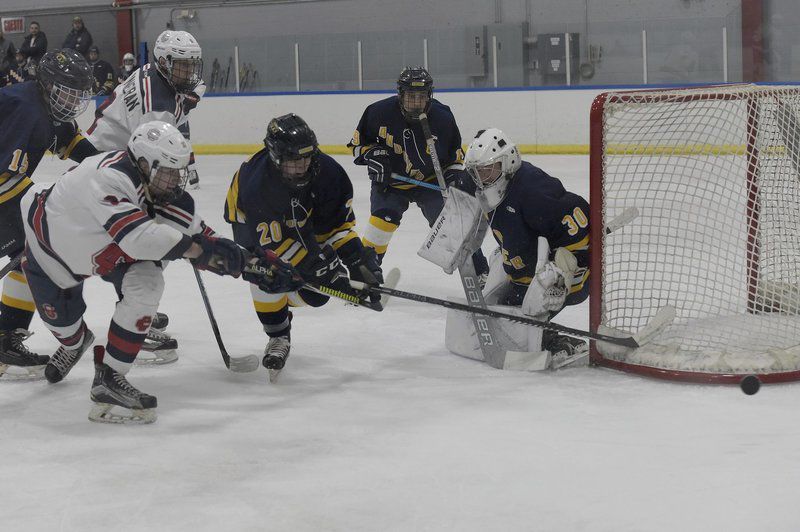 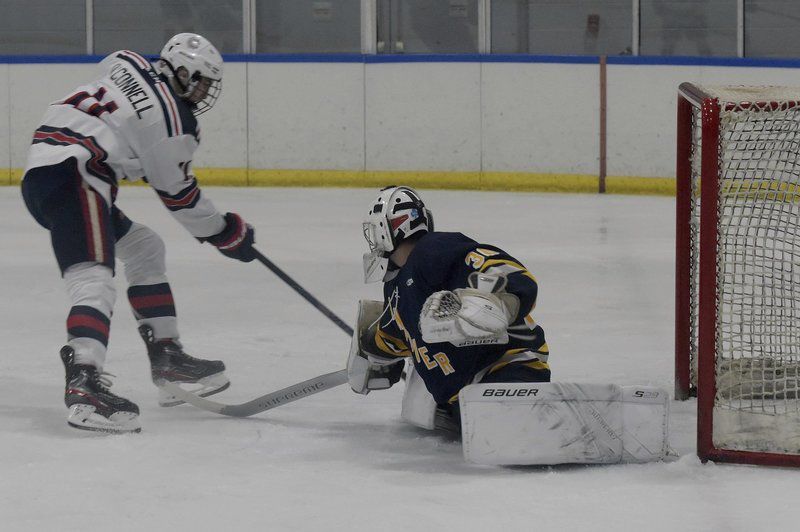 TIM JEAN/Staff photoCentral Catholic's Aidan O'Connell scores on a break away against Andover on Saturday. The Golden Warriors won 5-3.

TIM JEAN/Staff photoAndover goalie JJ Quill (30) is swarmed by his teammates after defeating Central Catholic 5-3 on Saturday. The Golden Warriors rallied from a 2-0 deficit.

TIM JEAN/Staff photoCentral Catholic's Aidan O'Connell scores on a break away against Andover on Saturday. The Golden Warriors won 5-3.

SALEM, N.H. — Stephen Ingram could feel the game shift the second the puck found the back of the net.

With Andover trailing archrival Central Catholic by two goals midway through the second period — and the Golden Warriors in desperate need of a spark — Ingram delivered that jolt.

“We knew we were better than how we were playing,” said Ingram. “We were on the power play, (Evan) Arpin made a great pass, and I finished. After that, we all knew we had the momentum, and we ran away with it from there.”

Ingram’s tally was the first of four straight goals for Andover over the next 15 minutes, and the Golden Warriors surged past Central Catholic, 5-3, at the Salem Icenter Saturday night.

The win gave Andover (7-7-1) a sweep of the two-game season series over the Raiders (10-7-1), who are ranked No. 19 in the Hockey Night in Boston state-wide Massachusetts rankings.

“We started out slow this year (2-5) and we played a tough schedule,” said first-year Andover head coach Kevin Drew. “But we have played well in our league. Now, if we can beat Westford on Monday (8 p.m., Lawrence Valley Forum), we win in the MVC Division 1. So I am very happy with the team.”

Central Catholic came out flying on its senior night, and Andrew Flammia scored on the team’s first shot, 38 seconds into the game. The Raiders then controlled the momentum for the rest of the first period — hitting two posts with shots — and made it 2-0 on a Tyler DiBurro score 2:36 into the second.

“We played a bad first period,” said Ingram. “We went into the locker room saying, ‘We’re better than this!’ We changed a few things, and we showed we were better in periods two and three.”

Ingram cut into the Raider lead with 7:43 remaining in the second, burying Arpin’s pass for a power play goal.

“That was a very big goal,” said defenseman Jackson Gress. “Being down 2-0 and 2-1 is a big difference. Once it was a one-goal game, we knew we could tie it. We just had to stay confident.”

Andover then picked up a 5-on-3 advantage after two Central penalties, and Timmy Kobelski tied it up, attacking the net for a rebound and stuffing it home.

Ingram struck again to give Andover the lead 5:16 into the third period, breaking free and sliding the puck past the goaltender.

“It was a great play by Arpin and Tom (Tavenner),” said Ingram. “Arpin found me and I just banged it home. We needed this game. We wanted to establish that we are a good team.”

Just 1:42 later, Kobelski extended the lead with his second goal of the game. Central struck back on an Aiden O’Connell goal with 4:18 left in the game, but Arpin responded just 39 seconds later to ice the victory.

“JJ has been battling with Jake Brezner for playing time all year,” said Drew. “Brez was hot, so he had played the last four games. But he tweaked his knee a little this week, so I put JJ in there. He stayed on his game, and that mentality was incredible.”

How did Quill overcome the two early goals?

“I was a little nervous going into this one,” said Quill. “I was a little rattled after the first goal, but after the second one I really settled down. I calmed down and felt like I was finally in the game. I just thought, ‘See the puck, be the puck.’”

“Central is our biggest rival, so a win over them is always big,” said Gress. “To be in the position to secure a playoff spot and maybe win the MVC Division 1 means everything.”