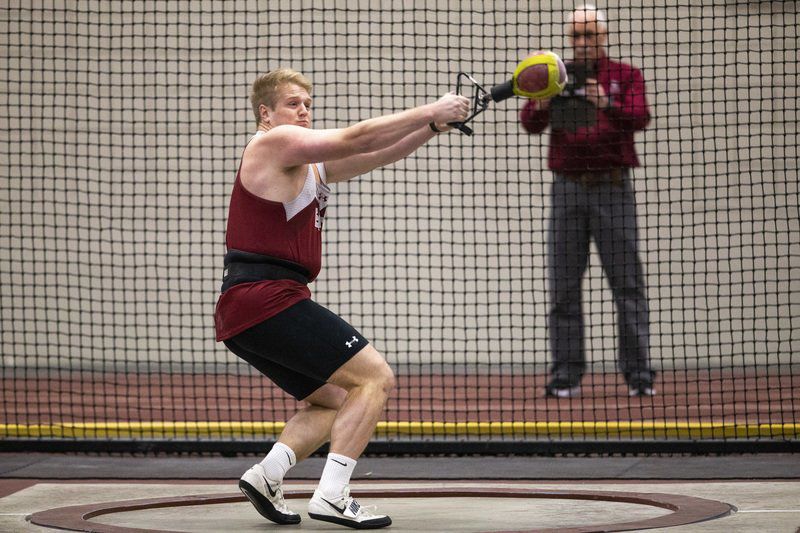 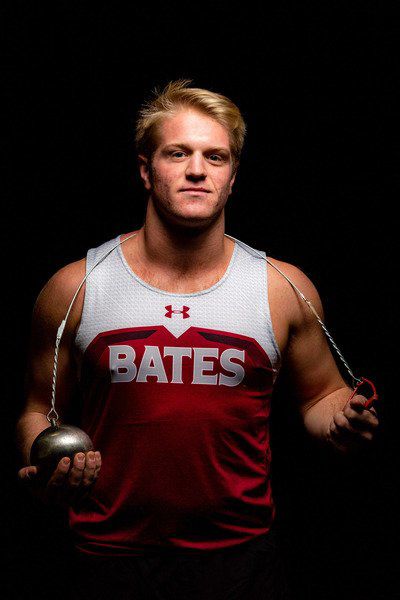 John Rex is a star thrower for Bates College. His top events are the hammer and weight throws. 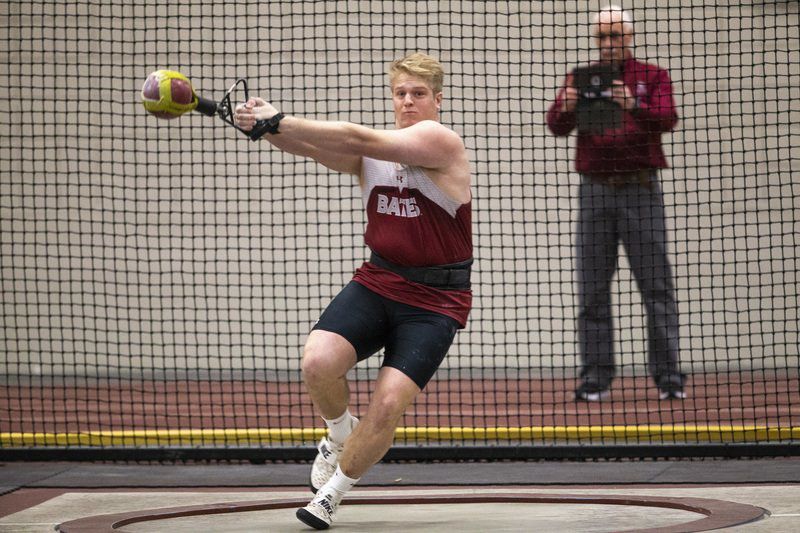 Photo by Theophil Syslo/Bates CollegeAndover’s John Rex competes in the weight throw for Bates College. The former Phillips Academy star is one of the leaders in the event nationally in Division 3.

John Rex is a star thrower for Bates College. His top events are the hammer and weight throws.

Photo by Theophil Syslo/Bates CollegeAndover’s John Rex competes in the weight throw for Bates College. The former Phillips Academy star is one of the leaders in the event nationally in Division 3.

Andover’s John Rex had already arrived in North Carolina, and was preparing to compete at the NCAA Division 3 Track Indoor Championships last weekend, when the news hit.

His junior indoor track season was done, and the outdoor season was finished before it started due to the coronavirus outbreak.

“I was at NCAAs when we heard the news,” said Rex. “I was only a sleep away from competing. It was quite heartbreaking for all of us who had worked so hard to get there, not to mention missing out on the spring season. It was rough.”

For the Bates College junior, the cancellation of both seasons came just as he was delivering the best throws of his career.

Hampered by tendinitis in his throwing wrist for much of the winter, Rex returned to set personal records in both the shot put (51-0.75) and weight throw (62-6.5) at the New England Division 3 Championships three weeks ago.

He was seeded sixth in the weight throw, the highest non-senior, at NCAA Division 3s in Winston-Salem, N.C.

“I’m very proud of the season I was having prior to the outbreak,” said Rex, the son of former Andover High interim football coach John Rex.

“As you get better and better, the returns get smaller for sure. So I was fortunate to have had two big PRs this indoor season. I was so looking forward to keeping that momentum going in the outdoor season. I don’t have any regrets, but I am sad I won’t be able to cash the training in until next year.”

A former Eagle-Tribune All-Star in both football as an offensive lineman and track — he threw the shot put 47-7 and discus 140-2.5 as a senior — at Phillips Academy (class of 2017), Rex chose Bates to continue his track career.

“My college counselor was a Bates alum, and I knew I wanted to play sports in college,” he said. “I came across the Bates’ throws programs run by head coach Al Fereshetian, who immediately drew me to the school.

“Coach Fereshetian believed in my abilities and saw my potential from the start, and that has served me very well in college. In fact, I realized throwing had been my true passion all along.”

When Rex arrived at Bates, he discovered new events for that passion — the hammer throw in the spring and weight throw in the winter.

“They say you don’t choose the hammer, the hammer chooses you,” he said. “I started throwing it freshman year, and it just seemed to click. Sure, it wasn’t pretty at first, but with practice and perseverance I was able to develop quickly into a legitimate hammer-weight thrower. They’re almost identical events. The weight is just heavier and shorter, and the hammer is the more technical of the two.”

After setting a Bates freshman record in the hammer throw (172-9), Rex continued to improve as a sophomore. He expected that to continue this winter, before he was derailed by injury.

“I developed tendinitis in my wrist due to a few too many shot put throws,” he said. “That prevented me from competing for most of the indoor season. I still trained, however, just with lighter implements that didn’t put so much pressure on my wrist. Then, I was able to tape my wrist up for the two big meets, states and the New England championships.”

“It was definitely the best meet I’ve ever had,” he said. “The kid who beat me in the weight is a good friend of mine. The shot put PR came out of nowhere, but ultimately, I think I just trusted my abilities and the technical adjustments that my coach gave me. I knew I was definitely strong and technical enough to throw that far, but sometimes it’s just believing in yourself.”

Rex will now set his focus on preparing for his senior year.

“My goals are to train hard this offseason, and next year make a run at being a Division 3 national champion in the weight and hammer,” he said. “And I’d like to be an All-American in the shot put. I was looking forward to getting on that podium this year, but the circumstances have taught me to take nothing for granted and train harder, even through hardship.”

Here are John Rex’s best in all of his events: