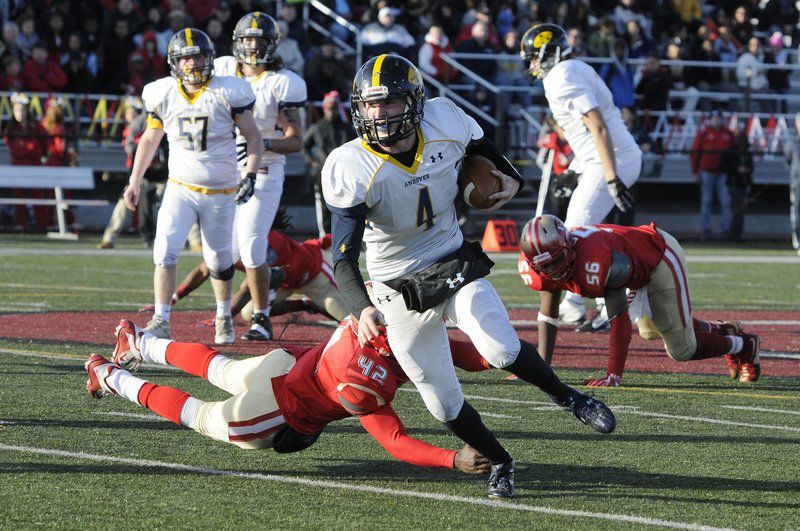 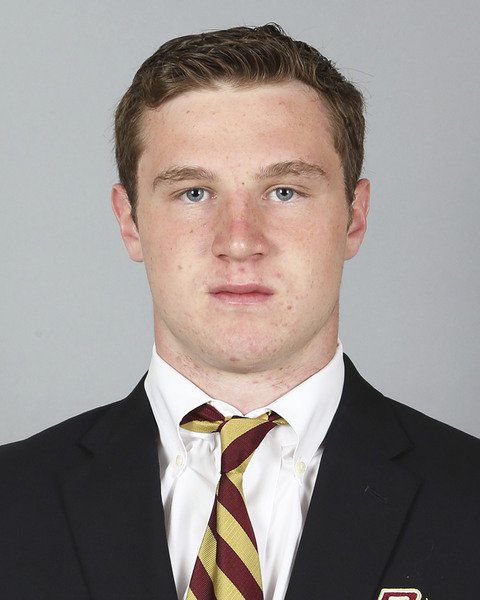 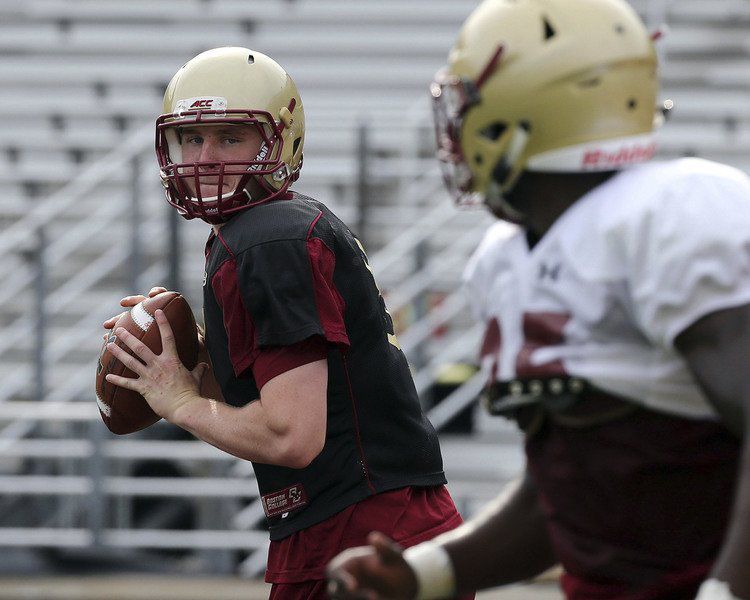 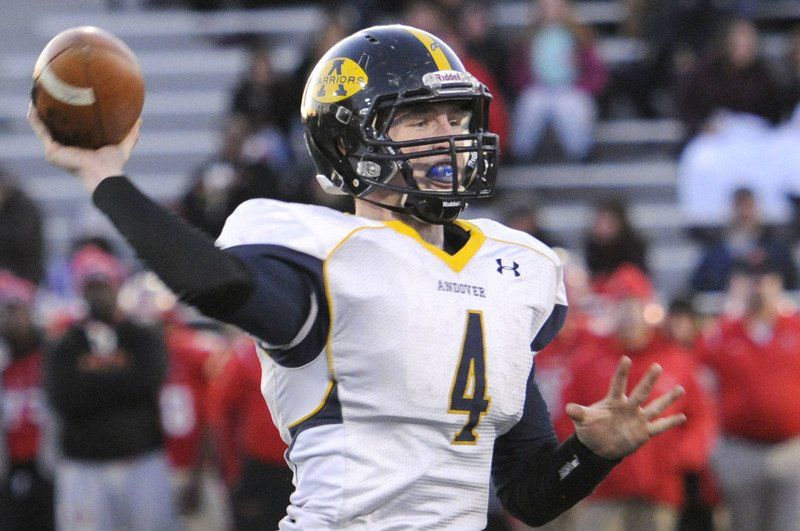 Andover’s E.J. Perry IV is ready to embark on the next stage of his college football career.

After lots of thought and plenty of soul searching, the most prolific high school quarterback in Eagle-Tribune area history is set to become a Brown University Bear.

“This whole process has been a challenging one,” said Perry. “I’m super excited to get the season going. Brown is a great school with a history of success in the Ivy League. The offense also fits my style of play. It’s a great opportunity.”

After two seasons as the backup quarterback for Boston College, Perry has officially transferred to Brown for the 2019 football season, he confirmed.

Perry, a junior, will be eligible to play immediately, because Brown plays in Division 1-AA (FCS). The Bears open preseason practice on Aug. 22 and play their first game on Sept. 21 at Bryant University.

“I looked around at a lot of difference places,” said Perry. “After all the searching and hearing all the different pitches, I felt like Brown was the best opportunity. I’m going in full-speed ahead.”

At Brown, Perry will be coached by a man fully aware of his record-setting ability and accomplishment — his uncle James Perry.

Heading into his first season as Brown head coach, James has become known for his work with quarterbacks at previous coaching stops including Princeton, the University of Maryland and most recently Bryant.

“Playing for (James) wasn’t the focus,” said E.J. IV. “Finding the right fit was the focus. But I’m very excited to be coached by him. He is an unbelievable coach that has had great success in and out of the Ivy League. (James) was a quarterback himself, and he knows how to coach quarterbacks. It will be great to learn from him every day.”

The decision to leave Boston College after two seasons was a challenging one for Perry.

Following his record-setting career at Andover High, Perry joined BC in 2017, spending two seasons as the primary backup to starter Anthony Brown.

After appearing in one game as a freshman, Perry played in five games last season, completing 27 of 39 passes for 277 yards and two touchdowns. He threw for 98 yards against eventual Division 1-A National Champ Clemson.

“It was a very hard choice,” Perry said of leaving BC. “A lot went into it. I enjoyed my time at BC. I loved my teammates, and I’ll be rooting for them.”

Perry participated in the Eagles’ annual spring game this year before making the decision to transfer.

“I entered the transfer portal and a lot of schools started reaching out to me,” said Perry. “It was a much faster pace than recruiting in high school. I took some visits, then sat down with my parents and made a decision.”

At Brown, Perry will once again have the opportunity to play in the fast-paced spread offense that he excelled in while playing for his father — E.J. Perry III — at Andover High.

Once camp starts, Perry will enter a quarterback battle with incumbent Brown QB Michael McGovern. Now a junior, McGovern threw for 2,202 yards and eight touchdowns last fall for the 1-9 Bears.

“Just like at BC, I’m going in with the mindset to learn as much as I can and compete as much as I can,” said Perry. “It’s the same mentality I’ve always had. I want the chance to compete, and see where it goes from there.

In two varsity seasons together, Perry and Gemmell formed a dynamic duo, connecting on 78 passes for 1,451 yards and 21 touchdowns. Gemmell missed their senior season to injury.

Last fall for Brown, Gemmell caught four passes for 52 yards. The two have been training together this summer.

Beati, a 6-foot-8, 320-pounder, protected Perry’s blindside as an offensive linemen for the Golden Warriors. The three also played basketball together.

“Both are very close friends of mine and we had great careers together at Andover,” said Perry. “Dan and I have been throwing together, and he’s bigger, faster and stronger than he was when we were at Andover.”