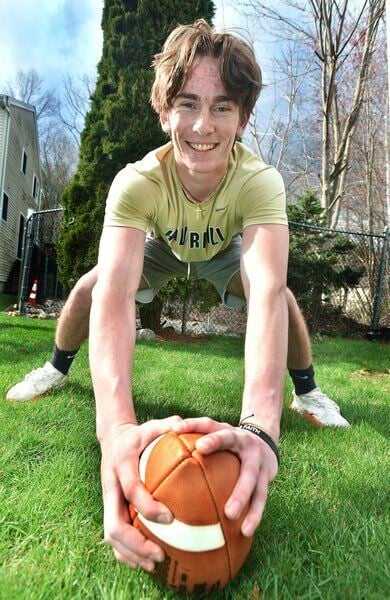 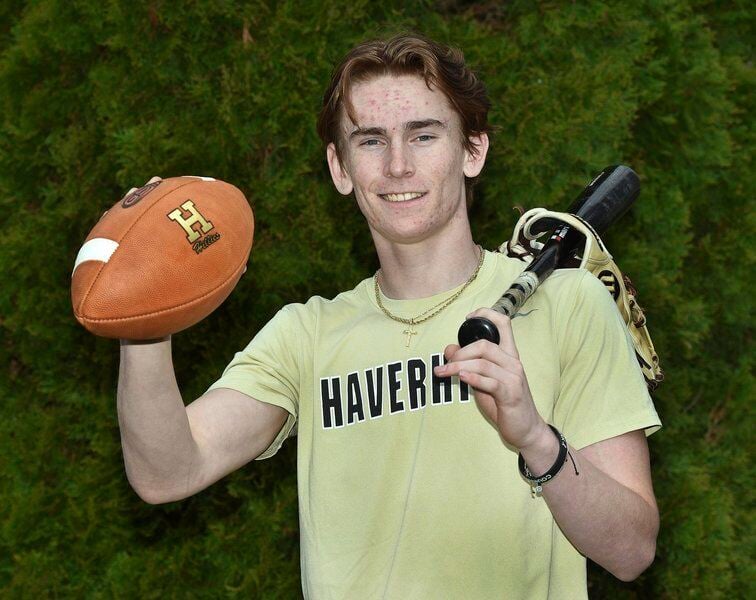 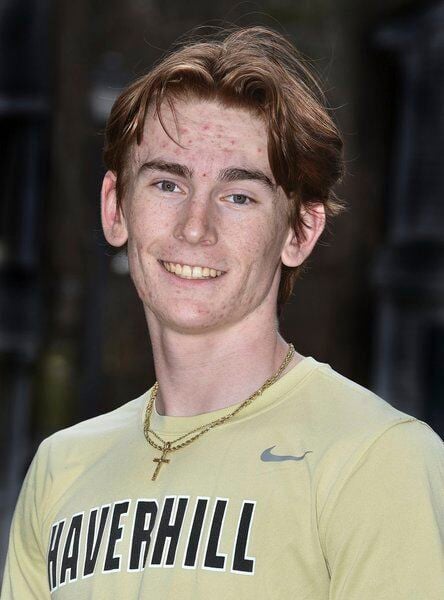 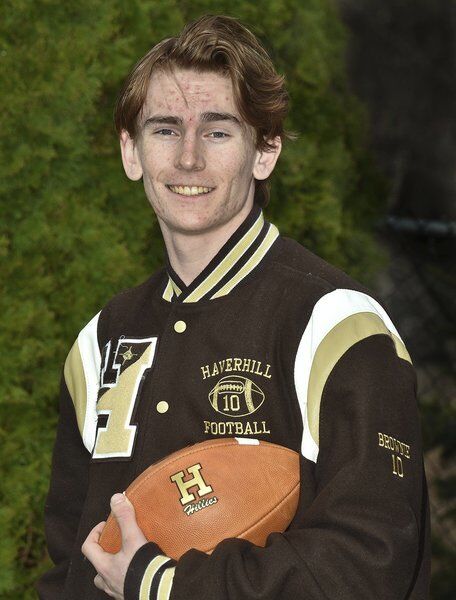 It was not a long season for the Haverhill football team, and not a terribly successful one.

The Hillies, who were mainly underclassmen, finished 0-3 before COVID-19 issues ended their Fall 2 season prematurely.

But, says senior Ryan Brown, the experience was still well worth it.

“At least the three games got us something,” said Brown, who is also a varsity baseball player for the Hillies. “There are some kids who just play football, nothing else, so it was really important for them.”

Haverhill was expecting a veteran team this year, with nine returnees on defense and eight on offense. But, after academic ineligibilities and COVID-19 opt outs, that number went down to two and three respectively.

With so few veterans, coach Tim O’Connor had to rely on the few remaining seniors to transition the youngsters to varsity football.

That’s where Brown comes in. As the team’s long snapper and special teams ace, the 6-foot-1, 165-pounder proved to not only be one of the team’s most reliable player, but most valuable. One wouldn’t ordinarily think of a long snapper as a team MVP, but Brown was at least a contender for that title.

“He did so much for us, I called him our GA for graduate assistant,” said O’Connor. “He showed the younger players what it takes.

“He’s one of those program kids who you’ve got to have on the team. He specialized in just one thing (snapping) but he did it so well. He perfected it.”

Brown started snapping the ball on the varsity level as a sophomore and worked conscientiously to perfect his craft. And, while it’s not the most glorious of roles, he was involved in some big plays (like the 2-point conversion trick play in the 2019 Thanksgiving victory over Lowell) and relished the opportunity to play high school football.

“It’s the brotherhood of football that makes you love it,” said Brown. “Football is like no other sport — everyone is your friend and you’re playing for the team.”

Although Haverhill didn’t win a game this spring, Brown was disappointed that the season ended so quickly. Unlike some other teams, it held no fall practices, so the Hillies were playing catch up. But they were getting better, as a tough 12-6 loss to a good Methuen team showed, and looking forward to a strong finish.

“I was really disappointed that it ended — we really wanted to beat Lowell and we thought we would,” said Brown. “We were starting to get it together.”

Brown is now turning his attention to baseball, with Haverhill High practice starting today and a goal of playing next year at Northern Essex Community College.

But he won’t soon forget his time on the gridiron even if wasn’t as long as he would have liked. And O’Connor won’t forget it either. He also hopes his younger players remember it as well.

“He (Brown) had one specific job and he worked hard to be good at it,” said O’Connor. “Some kids, if they’re not playing all the time, don’t want to be on the team anymore.

“Ryan was a great influence in that way. I hope it rubbed off.”

The following is what it takes to be a good long snapper, for extra points, field goals and punts according to Haverhill senior Ryan Brown.

“First you have to learn the correct form and then it just takes a lot of repetition,” said Brown. “You need to be holding the ball correctly and work on your power for getting the snaps off.”