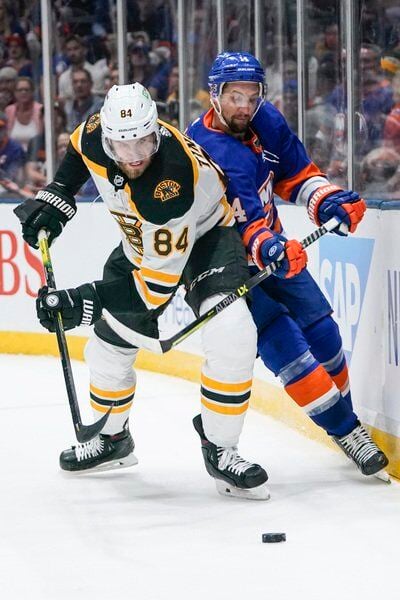 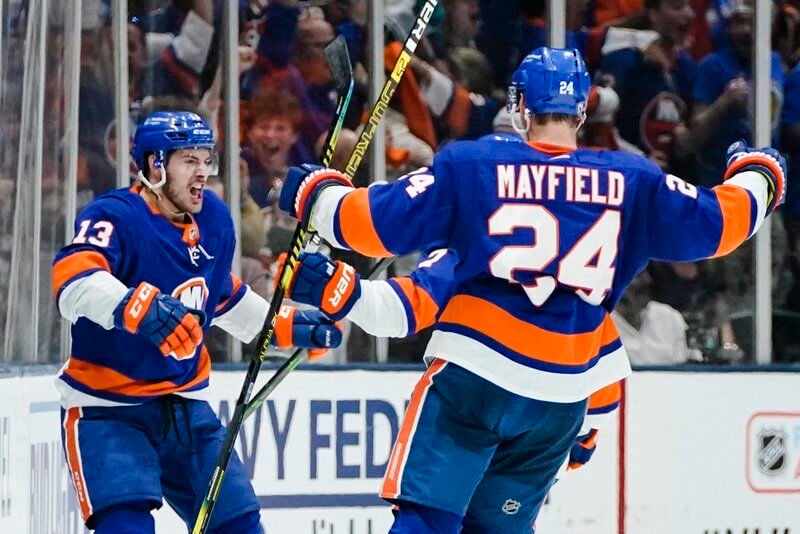 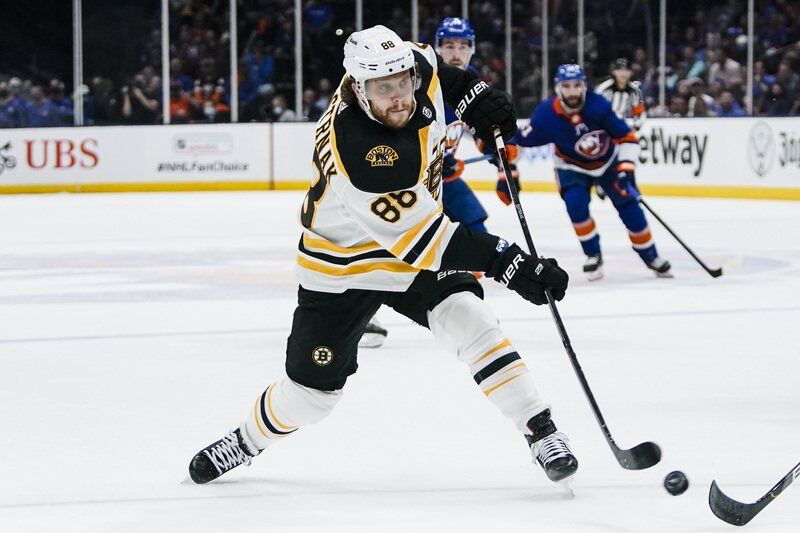 UNIONDALE, N.Y. (AP) — Mathew Barzal broke a tie late in the third period and the New York Islanders beat the Boston Bruins 4-1 on Saturday night to even the second-round playoff series at two games apiece.

Game 5 is Monday night in Boston, with Game 6 back at Nassau Coliseum on Wednesday night.

With the score tied 1-1 after two periods, New York’s Ryan Pulock fired a shot off Rask’s chest a little more than 6 minutes into the third, and the goalie covered up the rebound. Varlamov stopped a slap shot by Connor Clifton 8 1/2 minutes into the period, and one by David Pastrnak with 8:15 left.

The Islanders took the lead as Scott Mayfield’s point shot was redirected and deflected off Charlie McAvoy in front and Barzal batted the puck out of the air and past Rask with 6:57 left. Barzal scored for the second straight game after going scoreless for the first eight games of the postseason.

Boston pulled Rask for an extra skater with 1:12 left. Cizikas — who had the overtime goal in Game 2 — sealed it with an empty-netter 9 seconds later, and Pageau added one with 3 seconds to go.

Boston scored first for the third straight game. With Matt Martin off for holding to put the Bruins on their second power play, Krejci put in the rebound of a shot by Pastrnak at 3:57 of the second. The puck was loose in front and came to Krejci on the right side and he quickly put it in.

The Islanders challenged for goalie interference, but it stood after a review, putting the Bruins on another power play.

New York tied the score shortly after the penalty expired. Barzal skated back and forth along the right boards while defended by Curtis Lazar, then as he skated behind the net he sent a pass in front to Palmieri, who quickly beat Rask at 6:38. Palmieri, who had two goals in 17 games after being acquired from New Jersey at the trade deadline, got his fifth of the postseason.

Rask had a stellar save on a try in close by Brock Nelson midway through the middle period to keep the score tied.

Barzal was down on the ice for several minutes after being slashed by Krejci, putting the Islanders on their first power play of the game with just under 9 minutes remaining. New York managed just two shots on goal during the advantage.

The Bruins outshot the Islanders 11-7 in a fast-paced and physical first period.

Brandon Carlo missed the game after leaving Game 3 early in the third period following a hard it from the Islanders’ Cal Clutterbuck. Tinordi took Carlo’s spot in the lineup and began the game in a third-line pairing with Clifton. It was Tinordi’s first game in the series. Jeremy Lauzon moved up to the second pairing with Mike Reilly. Bruins coach Bruce Cassidy said he expected to mix up his pairings through the game.

The series has featured sharp goalie play on both sides. Varlamov has stopped 106 of 112 shots in three games after replacing Ilya Sorokin. Rask has 113 saves on 122 shots in the four games.

Krejci’s goal was his 41st of his career in the postseason, breaking a tie with John Bucyk and moving into sole possession of sixth place on the franchise list.