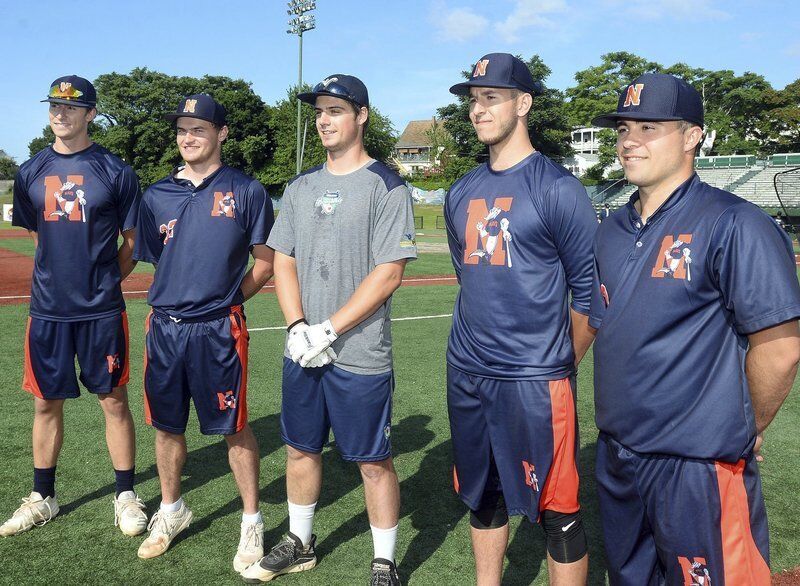 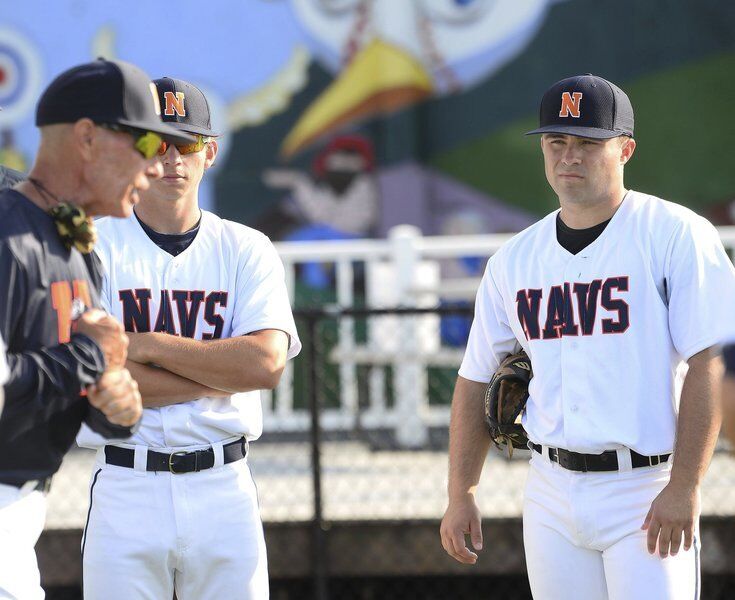 CARL RUSSO/staff photo Jake McElroy of North Andover, far right, third baseman for the North Shore Navigators listens to manager Bob Macaluso before the game. The Navigators belong to the Futures Collegiate Baseball League of New England. This was their home opener at Fraser Field in Lynn. 7/07/2020

CARL RUSSO/staff photo Jake McElroy of North Andover, far right, third baseman for the North Shore Navigators listens to manager Bob Macaluso before the game. The Navigators belong to the Futures Collegiate Baseball League of New England. This was their home opener at Fraser Field in Lynn. 7/07/2020

We’re back. Again. We’re trying to reverse stupidity. Or even worse, political power.

A few months back it was golf that was under attack.

Massachusetts golf courses were the last in the nation to be opened by our Governor, Charlie Baker.

The reason or reasons why Mass. residents couldn’t play golf, which is akin to walking in the park? Gov. Baker never gave one.

A few of those on his personal, advisory board chimed in about the state having other pressing matters than golf, as in seniors were dying in nursing homes and minorities in the inner cities were stricken with the virus way more than others.

Eventually, thanks to pressure from two courses in central Mass., that said they were done complying and would open, everything changed.

While the sport is able to play, due to the ability for players and coaches to remain socially distant, because it’s outdoors played on a few acres of land, our political leaders have decided spectators aren’t mature enough to attend games.

No response has been given.

“That’s been the toughest part,” said Futures Collegiate Baseball League Commissioner Joe Paolucci. “We haven’t gotten any answers. We had plans in place at every stadium, great plans.”

The FCBL is different than the other “big boys” in summer baseball in New England: The Cape Cod League and New England Collegiate Baseball League.

The FCBL is for profit. Unlike the other two, which were both canceled months ago, are non-profit.

But the league made a decision a few months ago that they would do everything in their power to play baseball and, well, lose money.

“All of the teams thought it was important to play baseball,” said Paolucci, who is head coach at Weymouth High and a former player at Northeastern University.

“No matter what happens, every team will lose money,” said Paolucci. “But we kept hearing from the players, the fans, even our sponsors, that they wanted baseball. So we planned on waiting it out as long as we could.”

Here's some breaking news. The FCBL began practices over a month ago and has not had one report of a player, coach or spectator catching the virus at a game.

"Not at all," said Paolucci. "As I said, we have strict guidelines with staff making sure that fans, when not in their seats, are wearing masks. Our people tables and counters constantly. We can do this."

The confusing part of re-opening the FCBL was that each state makes its own rules and, in fact, two of the Mass. teams have gone against the Governor’s recommendation and allowing spectators up to 25 percent.

Nashua and New Britain have allowed 25 percent capacity the entire season. The Westfield and Leominster city leaders recently allowed spectators. Brockton and Lynn have not.

Well, come to find out Governor Baker only makes “guidelines” with his re-openings. Cities can do what they want, which is the way government is supposed to work.

One Brockton city councilor said the city has more important matters to focused on rather than worrying about Brockton Rox games.

“Right now, that to me is not as important as how we open in our schools in less than four or five weeks,” said Brockton’s Ward 3 councilor Dennis Eaniri.

Somebody needs to inform Councilor Eaniri that it’s not Schools vs. Baseball. It never has been and never will.

This is about doing what’s right, aside from other issues.

These small businesses can be open and can recoup a small percentage of their business, hopefully enough that they don’t have to sell or close completely.

Safety is not an issue. The same with golf.

Because the FCBL opened first, it was able to attract many players that were headed to the Cape Cod League and NECBL, both regarded as the best and second best summer collegiate league in New England, respectively.

"The baseball has been fantastic," said Paolucci. "We have some great players who are having great summers. I'm a lot of fans would love to see them every day. We're hoping it happens soon."

There are other sports battling Gov. Baker, including basketball and football, and youth camps, etc. Those are tough decisions based on the way the athletes are in each other’s faces.

Baseball is easy. A breeze. And spectators watching games is even easier.

It’s time to open up the gates. Let some fans in. Let the teams make a few bucks.

From what we’re hearing, COVID-19 will be bothering us for another five or six months. We can use any break we can get it.