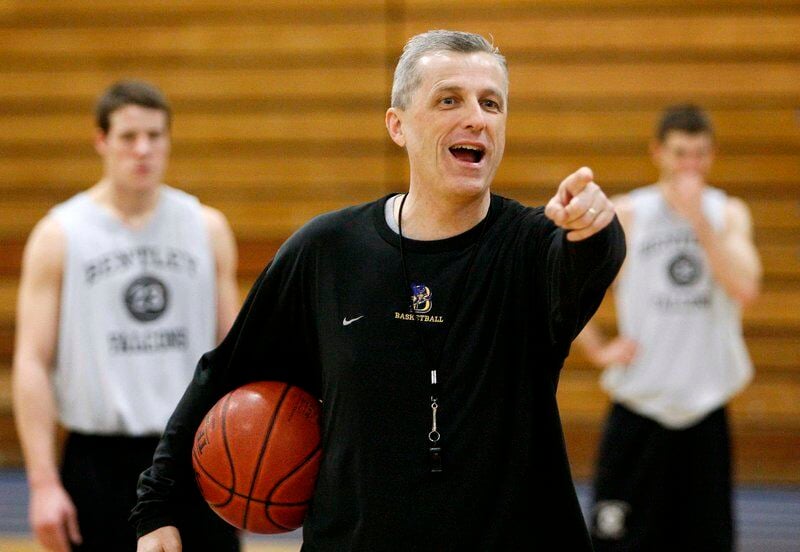 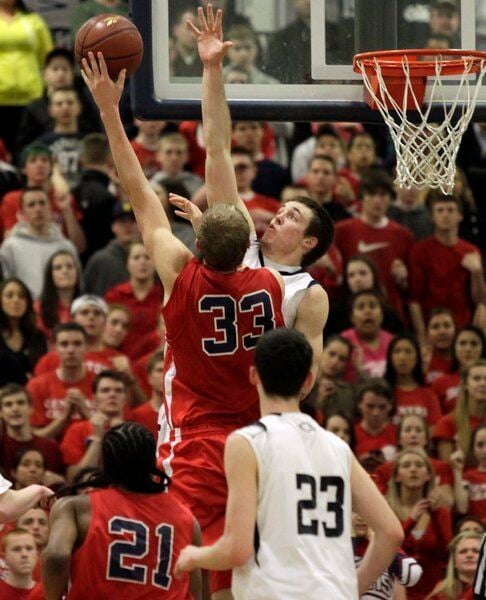 It was March 2, 2010 at Salem High. Lynn English was playing St. John’s Prep in the Division 1 North semifinals. The place was packed. Standing-room-only. And very, very loud.

He wasn’t as caught up in the fanfare as everyone else. In fact, he was a little glum.

It was apparent by then that the best player on the floor, a junior player Lawson coveted and offered a scholarship (Bentley was the first) to earlier that season, had officially become, well, too good.

That player was Pat Connaughton.

The same Pat Connaughton averaging 30.9 minutes in the NBA Finals with the Milwaukee Bucks.

He had 11 points and 9 rebounds on Wednesday, helping tie the series at 2-2 with the Phoenix Suns.

“I had seen Pat the summer before at the big national tournament in Orlando, after his sophomore season at The Prep. He was playing for the Middlesex Magic,” recalled Lawson. “But they were in the second division, not with the biggest and best AAU teams. So they were playing in the second gymnasium.”

Lawson saw something special in that secondary gymnasium.

“He was like Larry Bird on that team,” said Lawson. “He was a power forward. He played like a guard. Most of the possessions played through him. He was a strong, 6-foot-4, suburban athletic guy.”

Bentley had a bit of a connection with Connaughton in that Bentley assistant Kevin Bettencourt was close friends with St. John’s Prep assistant Luke Richards.

It’s no surprise Lawson was the first to offer Connaughton. In Division 2, Bentley has been the gold standard under Lawson, who is entering his 30th year as the Falcons’ head coach with a 560-292 record.

Bentley has had a winning record in 27 of Lawson’s 29 seasons, including 10 NCAA tourney berths, six Sweet 16s and three Final Fours.

“Normally, it takes a few years for a freshman to come in and replace someone like Brian,” said Lawson. “It was obvious Pat could’ve stepped in immediately.”

There were rumblings just after that junior season that Division 1 Northeastern had offered Connaughton, too, and some other New England D-1 schools were about to follow.

Then everything changed in the summer when Connaughton returned to Orlando with his second-tier AAU team.

All of the coaches, including Lawson, went to the secondary gym to watch Connaughton.

Connaughton apparently went on a dunk-fest down there, showing his athleticism against dozens of high schoolers with Div. 1 offers, and more offers came his way.

“That’s what happens. Word gets out on a kid playing great,” said Lawson and “word gets out and people start paying attention.”

“People” as in the college big boys: UCLA, Marquette, Notre Dame, Tennessee, Boston College … and so on.

Sometime after their return to school Lawson had Bettencourt call Connaughton — “half jokingly,” said Lawson — to have him say Bentley was indeed out.

A decade later, Lawson loves talking about Connaughton, who he said stopped by the gym to work out while he was at Notre Dame and they’d share pleasantries.

Connaughton, who grew up in Arlington, has brought up his first scholarship offer from Bentley several times in interviews, which Lawson appreciates. But Notre Dame won out and he starred in basketball (1,465 career points) and baseball (relief pitcher drafted in 4th round).

“I think initially, people didn’t recognize how good Pat could be,” said Lawson. “We did, to degree we thought he would be very good for our program. I don’t think (kids like Pat ) would slip in today’s world, with so much information and social media being out there.”

Lawson never would have predicted Connaughton being such a key cog on a championship contender in the NBA, but there were professional traits there from the beginning.

“Pat is not out of place in the NBA when it comes to strength and verticality and running,” said Lawson. “He’s probably challenged most by that first step from these great athletes. But he’s a confident, intelligent, trustworthy athlete.

“I honestly believe if he tried baseball as his number one sport he could’ve figured it out at the major league level,” said Lawson.

Ironically, Connaughton’s dad owns a construction business, Connaughton Construction in Waltham, which is less than a mile from the Bentley gymnasium.

“I do know one thing,” said Lawson. “It would’ve been a closer ride to us than it was for the Prep.”

Lawson and his Bentley squads had dozens of close meetings with Merrimack and Hammel.

“Bert had all attributes of a great person,” said Lawson. “People that really knew Bert really wished we could be as good as he was. He combined toughness and compassion for people. He had dignity and a special humility. That’s why I loved him so much. We all were lucky to have him in our lives.”