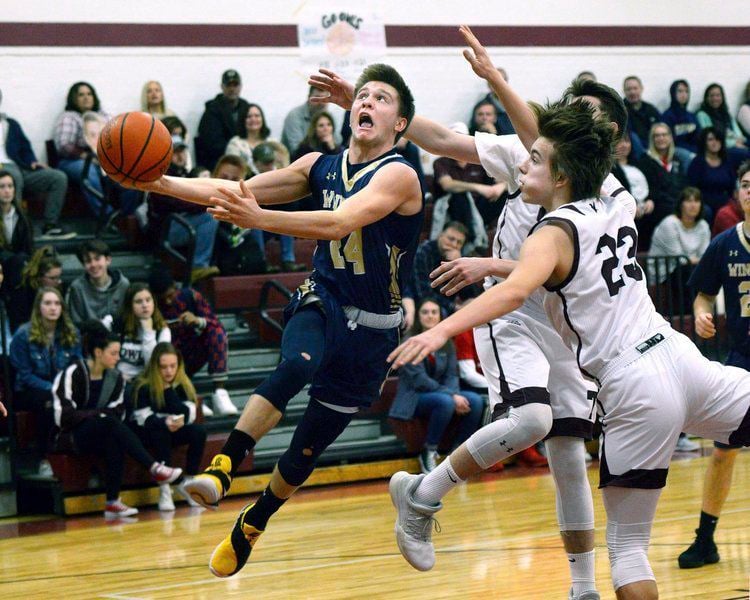 CARL RUSSO/Staff photoWindham captain Riley Desmarais goes to the basket against Timberlane. Desmarais does it all for the Jaguars, including hitting a 75-foot heave last week. 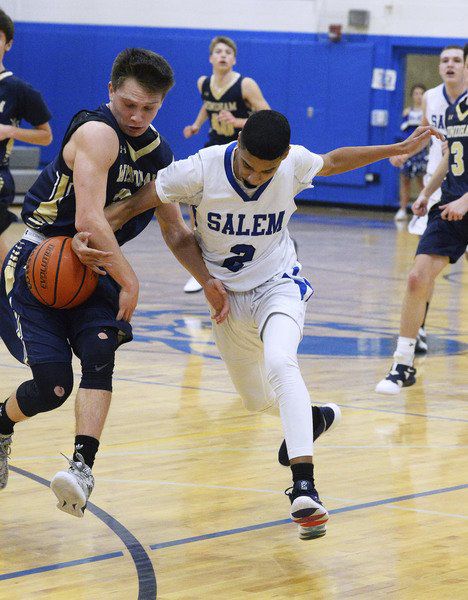 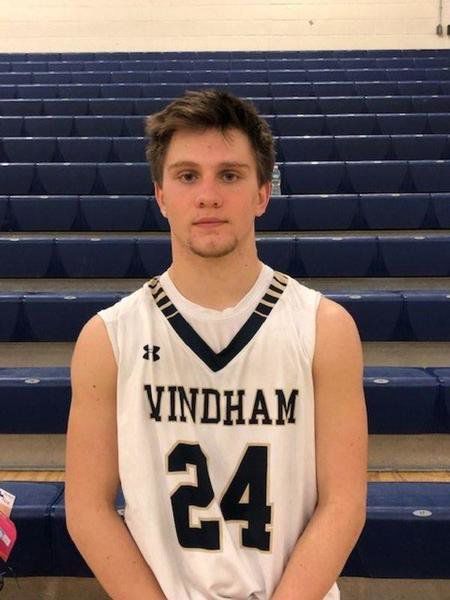 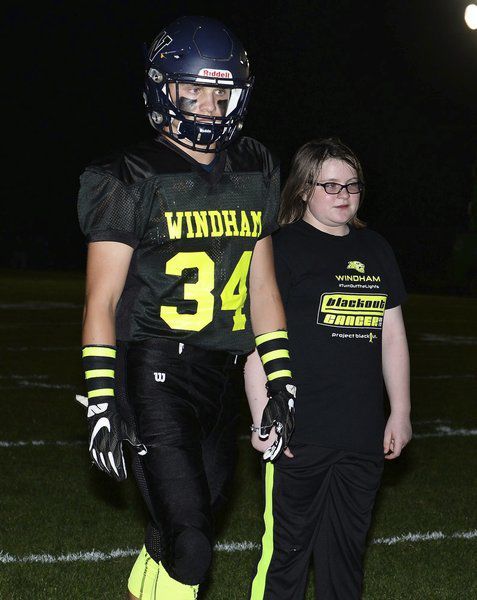 CARL RUSSO/Staff photoWindham captain Riley Desmarais goes to the basket against Timberlane. Desmarais does it all for the Jaguars, including hitting a 75-foot heave last week.

WINDHAM — It was the shot local high school basketball fans are still talking about nearly a week later.

And while the roughly 75-foot heave of a buzzer-beater by Windham’s Riley Desmarais may have benefited from a touch of luck, it was anything but blind serendipity.

“Someone on Salem hit a jumper, and I noticed there were still around two seconds left on the clock before halftime,” he remembered. “I knew there was still time to get up a shot, so I thought I’d give it a shot. I guess I aimed it a little, but I’d never hit a shot like it before. It was crazy!”

While the Hail Mary hoop by Desmarais (the video is available on Twitter) at halftime of Windham’s win over defending Division 1 finalist and archrival Salem was certainly extraordinary, his coaches long ago learned never to be surprised by what the senior captain can accomplish.

“That shot was a perfect example of Riley knowing the clock and the situation,” said Jags basketball coach E.J. Perry. “I’m not going to have him take a lot of 75-footers, but he knew the spot. Riley is a very, very smart basketball player. He can do it all. He can shoot, he’s a great distributor and he runs the team for essentially the entire game. And he never comes off the court.”

A 5-foot-10 four-year varsity player, Desmarais is in his third season as the starting point guard, and second year as the lone captain for a Windham team that’s off to a 4-3 start, already matching its win total from all of last winter (4-16).

“We’ve put in the work all offseason, so it’s exciting to see the results,” said Desmarais, also a football and lacrosse standout and a member of the National Honor Society. “We have nearly our whole roster back from last year, and we have great chemistry. It was amazing to beat Salem last week, and we are focused on making a tournament run.”

Desmarais is averaging 8.0 points per game this season, including 18 points in the win over Salem and 16 against Pinkerton. He averaged 6.7 points a game with 23 3s last season. His facilitating at point guard has also been key to the emergence of Bishop Guertin transfer Joey DaSilva (19.4 ppg).

“As a point guard I have to direct where everyone goes and communicate the defense to the team,” he said. “I’ve always thought my job is setting my teammates up for good shots first, before looking for my own. If I have the open shots, I’ll take them, but it’s my priority to get my teammates the ball.”

Desmarais’ selflessness was one of the first lessons Perry learned when he was hired to coach the Jags last winter.

“When I got the job at Windham (now-former football coach and athletic director), Bill Raycraft gave me some sound advice,” Perry remembered. “He told me, ‘Hook your wagon to Riley Desmarais. You won’t find a better person or leader at Windham.’ Coach Raycraft couldn’t have been more right.”

Those sentiments were echoed by current Windham football coach Jack Byrne. In the fall, Desmarais was a quad-captain and top running back/linebacker on the gridiron. He was recently named to the East squad for CHaD New Hampshire All-Star football game.

“Riley was a complete player and one of the most well-rounded guys we’ve ever had,” said Byrne. “On offense, he was a dangerous runner who could block and run routes like a receiver. On defense, he was an excellent run-stopper and one of our best cover guys. And off the field, his work ethic shows in sports and in the classroom. He’s one of the best to go through Windham.”

Desmarais credits football with making him a better basketball player.

“I think that the toughness from football has helped me crash the boards and play tough defense, as well as lead the team,” he said. “ I also play lacrosse, and I think the creativity in lax has helped me be more creative in ball-handling and passing.”

He’s now hoping to end his career with a bang.

“The goal for the rest of the season is to eventually win the state title,” he said. “I’ve loved basketball since I was 3-years-old. The team’s been dreaming of getting there for as long as I remember. But we’re not going to get there without focusing on the games that lay ahead.”

For Windham High standout Riley Desmarais, athletics is all about family.

“My family has 100% contributed to my success,” he said. “My mom and dad have pushed me to be the best I can be and taught me to keep my head up and always keep working.

“My uncles (Tim and Dan Labelle) were very good athletes and coached basketball at North Andover and Salem, so they taught me how to play and shoot. And my Nana and Papa have always been my No. 1 fans.”