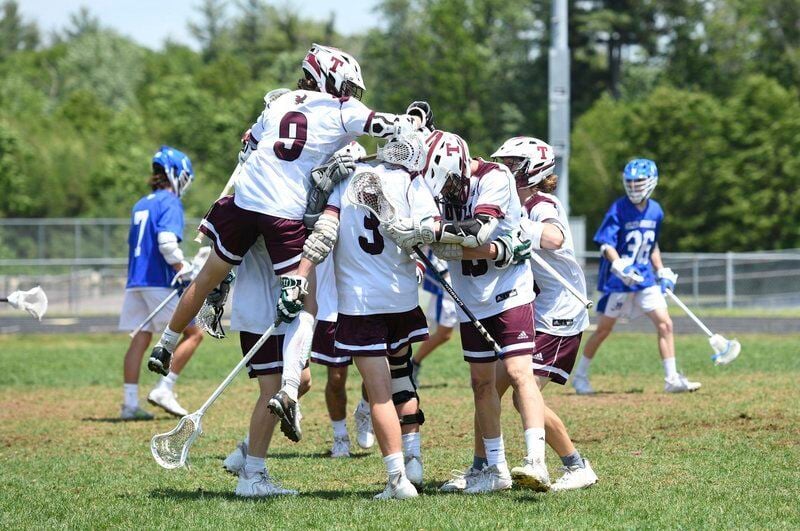 J. Sapienza PhotographyTimberlane celebrated one of its earlier victories on its way to Saturday’s Division 2 championship game. 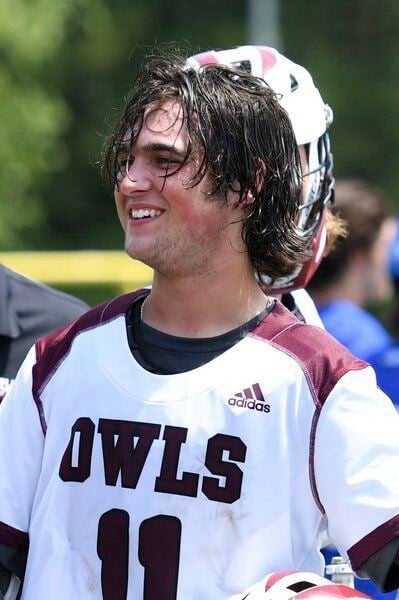 J. Sapienza PhotographyTimberlane celebrated one of its earlier victories on its way to Saturday’s Division 2 championship game.

BEDFORD – There is a pretty simple reason why a giant chunk of the Timberlane Regional High School student body – decked out in all black -- packed the Bedford High Stadium stands on Saturday night.

A giant underdog to Portsmouth High, Timberlane battled with all it had right to the bitter end but fell to the Clippers, 9-6, in the Division II State Championship game.

“That’s a tough program out there. I’m just ecstatic the way we kept our poise, we played our game, we gave it everything we’ve got,” said Blaszka, whose club was making its first-ever appearance in a boys lacrosse state title game. “Everybody thought we were done in the first quarter, we just kept fighting back and clawing back all night.”

Portsmouth, making its fourth-ever finals appearance, broke through for its first-ever state title in the sport. The Clippers did so without ever trailing, absorbing an inspired attack from the Owls.

“I’m proud of what we’ve done, what we’ve accomplished,” said Blaszka. “Yeah, I would have liked to win the game, but these guys, I love all of them. It’s a hell of a group, so it’s pretty cool.”

The Clippers broke to a 3-0 lead in the first and looked to make it an early rout. The upstart Owls would have none of it.

Ryan Freeman played beat the clock with an acrobatic drive to the net as time ran down in the opening quarter. He spun, fired and made it 3-1 with just 0.8 seconds on the clock.

The momentum carried into the second when Eric George took a great setup from Cam Noyes and made no mistakes, slicing things to 3-2. Two minutes later, senior Nate Vibber stirred the Owls faithful into a frenzy with a great one-on-one move and it was 3-3 with 7:27 left to halftime.

Portsmouth would again pull ahead, 5-3, at the break, before Owl Braidon Bowman sliced that margin to 5-4.

But it became evident that Portsmouth’s dominance at the faceoff “X” was definitely going to be a huge factor.

Timberlane would score twice more. Bowman, just a sophomore, beat three different double-teams on a drive from midfield, cutting it to 7-5 in the fourth, but the Owls would get no closer.

In a fitting end, even in defeat, senior fan favorite Nick Matthews would deliver the final goal of the Timberlane season, a scream from the right wing.

Sophomore goalie Brady Marston helped keep the Timberlane hopes alive all night with 15 saves, but it just wasn’t meant to be as the Clippers defeated Timberlane for the third time in 2021.

With the defeat, Blaszka says goodbye to one of the most senior groups in school history.

“Considering what they lost with that crappy year, last year. These guys were unbelievable,” said Blaszka. “They’re men of integrity. They do what they say they are going to do. That’s the most important thing.

“They’ll always have this moment for them, especially considering what has been taken away over the past year. That’s pretty amazing. They deserve every accolade they could get.”