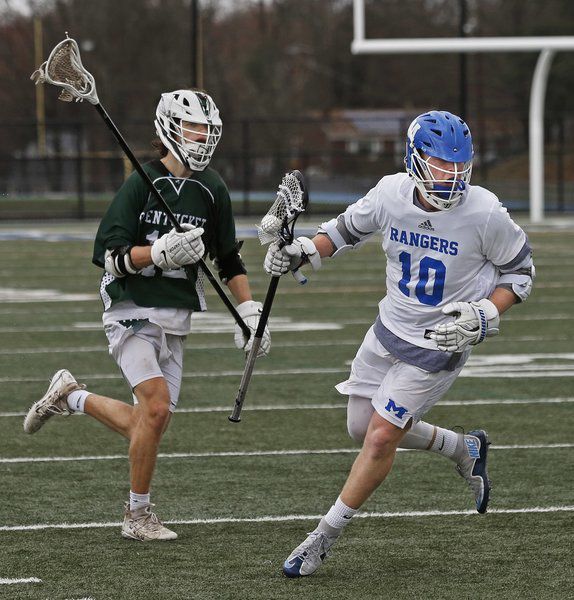 MIKE SPRINGER/Staff photoMethuen's Connor Bryant, right, was thrilled for a huge senior season in lacrosse as a star midfielder. Instead, he is devastated that he lost his final season as a Ranger. 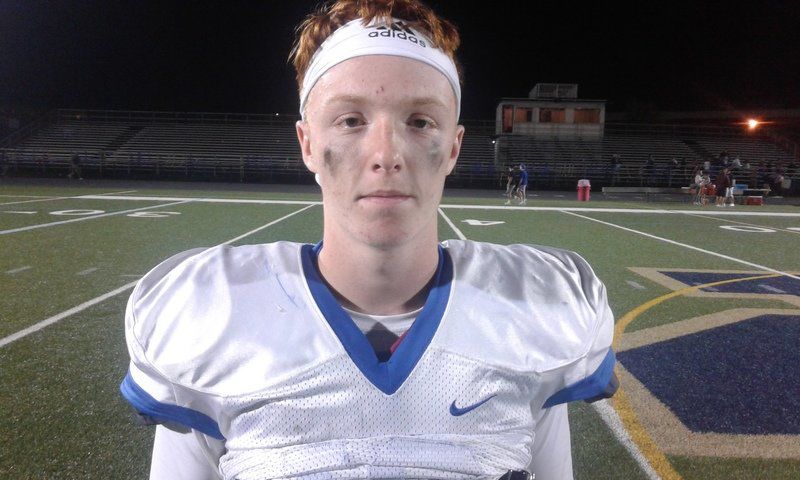 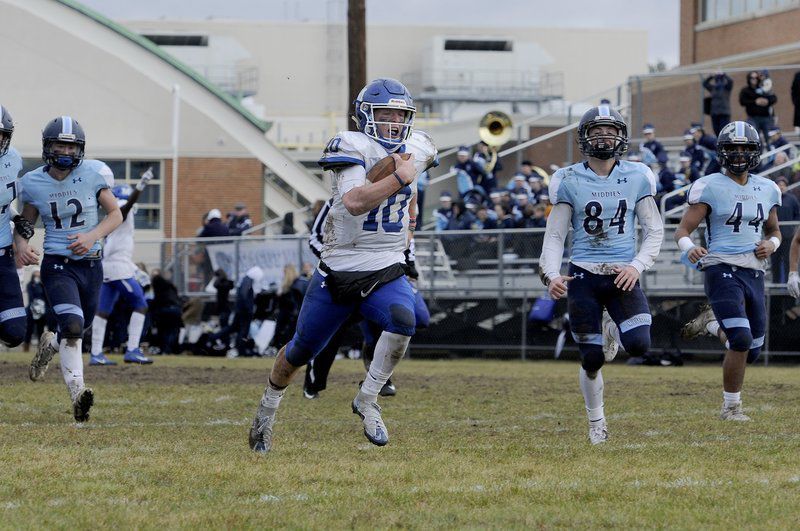 TIM JEAN/Staff photoMethuen's Connor Bryant had a historic day on Thanksgiving against Dracut, but lost much of his football season to a broken bone in his foot.

MIKE SPRINGER/Staff photoMethuen's Connor Bryant, right, was thrilled for a huge senior season in lacrosse as a star midfielder. Instead, he is devastated that he lost his final season as a Ranger.

TIM JEAN/Staff photoMethuen's Connor Bryant had a historic day on Thanksgiving against Dracut, but lost much of his football season to a broken bone in his foot.

There will be no storybook ending for Methuen High’s Connor Bryant this spring.

His senior year, which began with football MVP potential, only to be thwarted by injury, will now end in lacrosse heartache.

“I’m just so upset, to be straight-up honest,” said Bryant. “When I saw our athletic director (Matt Curran) posted on Twitter that the spring season had been cancelled, it stung me in the heart. I didn’t want to believe it was true. But I had to.”

This wasn’t how Bryant’s Methuen Ranger swan song was supposed to go, not for one of the area’s top multi-sport athletes.

First, in football, the quarterback and preseason Eagle-Tribune offensive Player of the Year favorite broke a bone in his foot that required surgery and cost him half the season.

Now, what should have been a memorable spring for one of the region’s premier lacrosse midfielders is over before it started, thanks to the coronavirus outbreak.

“This definitely hurts,” said Bryant, who will play both sports at Curry College. “I never got the chance to play in either of my Senior Day games, the games that were supposed to celebrate me and my teammates.

“Methuen sports have been my entire life. I have an older brother and I used to go to every practice and just run around. Now, the disappointment of losing lacrosse and football is equally devastating.”

An Eagle-Tribune All-Star quarterback as a junior, Bryant opened his senior fall with a bang, leading the Rangers to a 4-0 start. But in that fourth win, over Haverhill, he suffered a broken bone in his left foot that required surgery.

“It was awful,” said Bryant. “I couldn’t sleep some nights, just because of the thought of missing football and how unreal it felt. I didn’t get to play on my senior night, didn’t get my second chance in the playoffs, and just was sad overall.”

Despite doctors telling him that his season was done, Bryant’s fall did have a happy final chapter. He returned against Chelmsford, then carried the ball a stunning 40 times — a modern Methuen High record — for 209 yards and five touchdowns in a Thanksgiving Day win over Dracut.

“I didn’t realize until after the game how well I played,” said Bryant who finished the season with 643 yards and three touchdowns passing and 594 yards and 11 TDs rushing. “During the game I was so proud of how hard we pushed through to win that game.”

Once football ended, Bryant set his focus on lacrosse, looking to build off a junior year in which the two-way midfielder scored 29 goals and earned All-MVC honors.

“I was super excited for this spring,” he said. “I was going to play my last sport at Methuen High and finish it with kids I’ve grown up with — and finally play on my senior night.”

But, once again, disappointment struck.

“Coach (Jason) Symmes told me and my co-captain Jake Becker (about the coronavirus suspending sports) in a group chat,” he said. “My initial reaction was optimism, but as the delay got longer and longer — it broke my heart.”

There would be no positive ending this time around. The season was officially cancelled on April 24.

“Losing football was tough, but I still was seeing my teammates and friends,” he said. “I was still going to practice and rooting them on.

“Now, losing lacrosse is so hard because my teammates and I are all going through that disappointment. It’s especially awful because I can’t see my team (due to social distancing). This was going to be a great lacrosse season. The guys had worked so hard. So this really hurt.”

Connor Bryant’s Methuen High career may be over, but he will continue to play both football and lacrosse at Curry College.

“My heart just can’t choose,” he said. “I love both sports. I’ve been talking to Methuen and Curry alumni and friend Nick Sapienza (MHS 1998/Curry 2001). He and I are the only Methuen athletes to go to Curry to play football and lacrosse. So he had definitely made me very excited to start school and sports.”

In two seasons as Methuen’s starting quarterback, Bryant threw for 2,186 yards and 16 touchdowns and rushed for 1.486 yards and 14 TDs. In lacrosse, Bryant scored 64 goals in three varsity seasons as a midfielder.