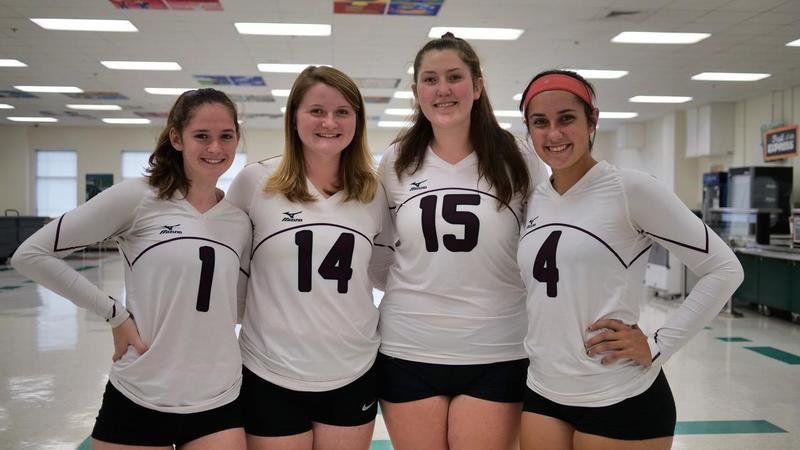 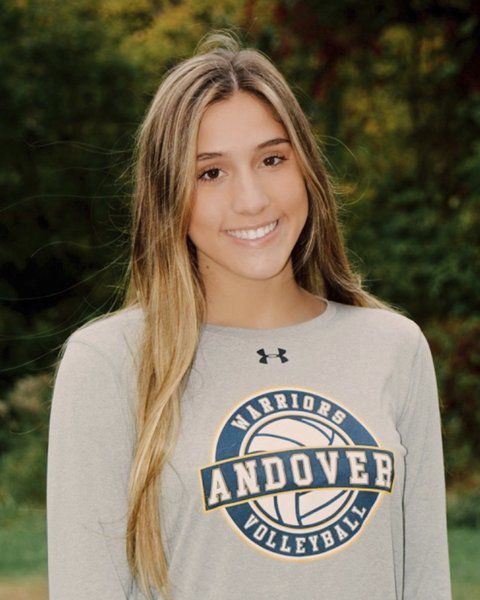 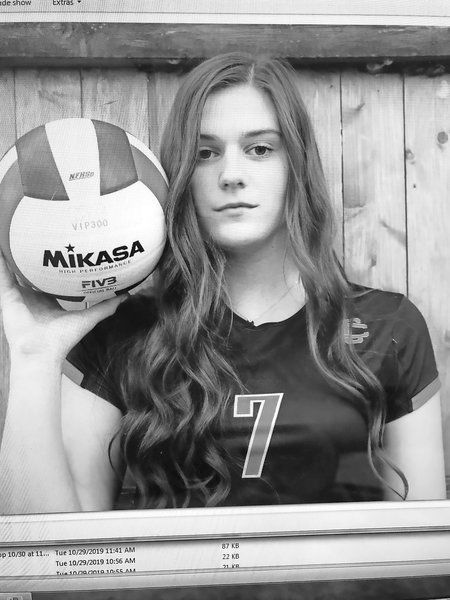 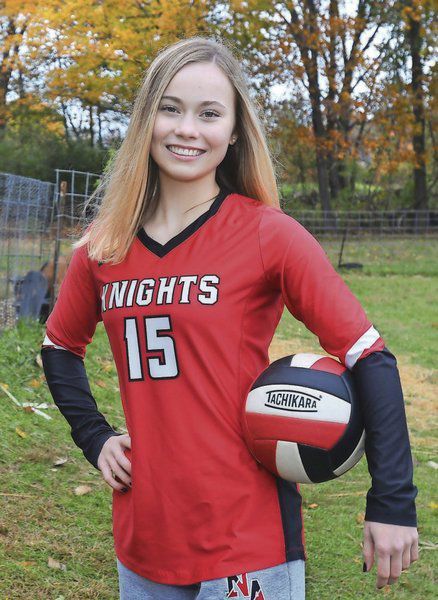 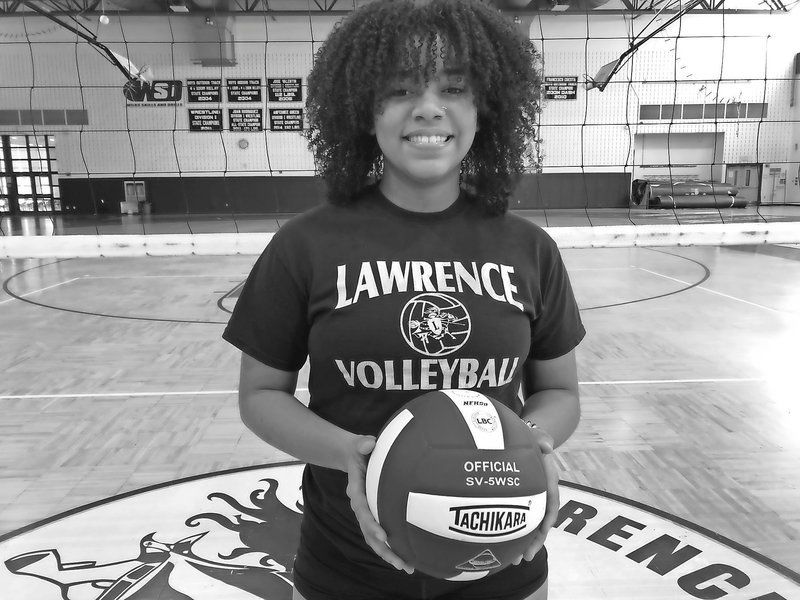 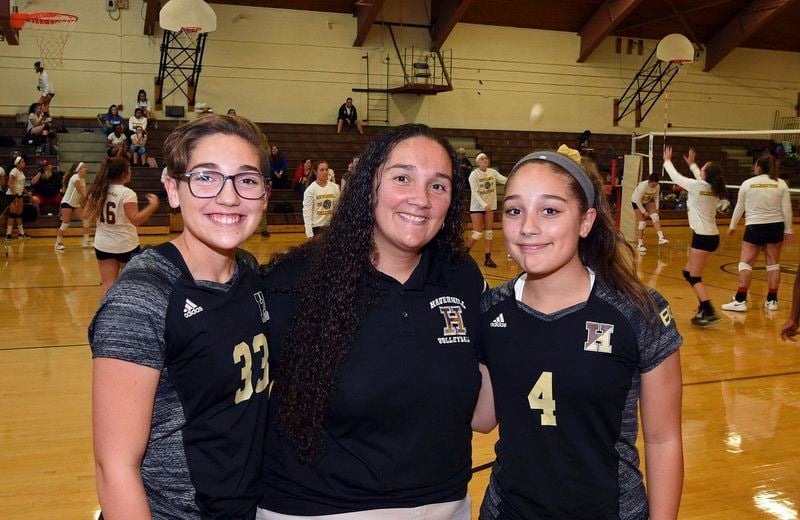 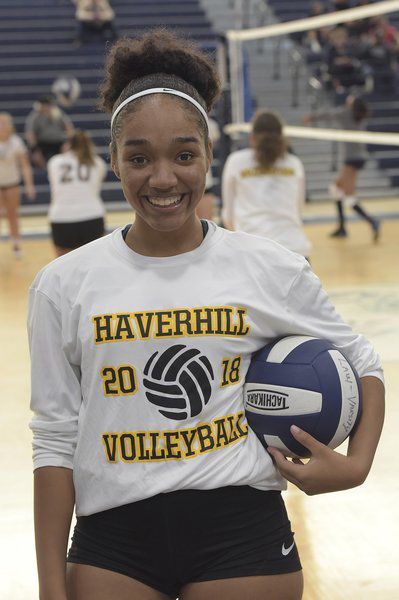 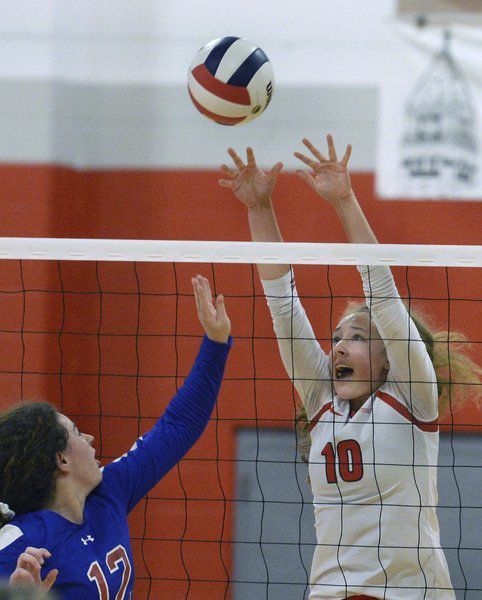 CARL RUSSO/staff photoPinkerton Academy's, Ella Dandrade, our Eagle-Tribune MVP, goes high to get a shot over the net. 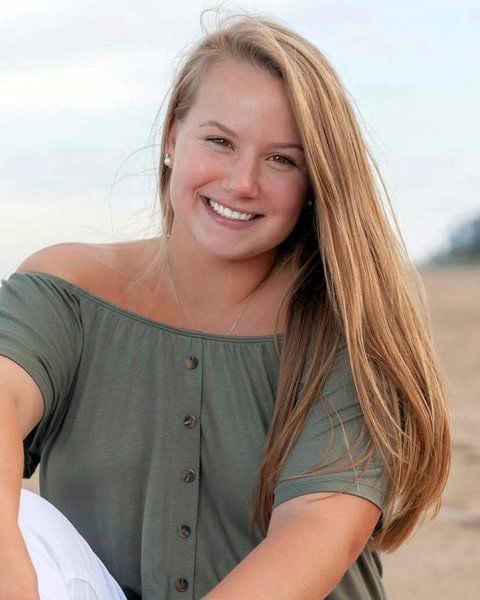 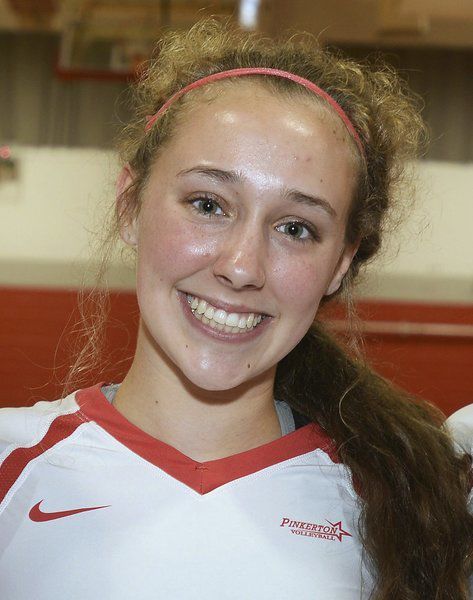 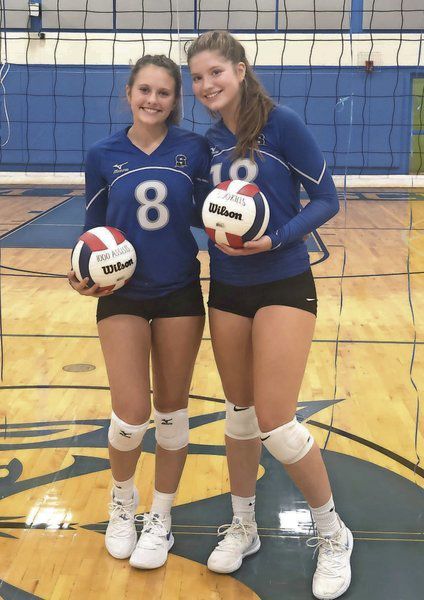 CARL RUSSO/staff photoPinkerton Academy's, Ella Dandrade, our Eagle-Tribune MVP, goes high to get a shot over the net.

Pinkerton senior Ella Dandrade may have been the best setter in New Hampshire this fall, but you’d never know it.

The 5-foot-7 Dandrade, this year’s Eagle-Tribune MVP, has spent most of her career, in club volleyball and with the Astros, as a setter, with one year as a libero. But her talents were needed elsewhere this year and she didn’t hesitate a bit when coach Todd Royce asked her to switch to outside hitter for the betterment of the team.

“I consider setter as being my primary position and I do prefer it, but I like all the positions,” said Dandrade, a two-year captain from Auburn, N.H.. “I just love volleyball and I like the team aspect of it. Of all the sports, I think it’s the most team oriented.”

Dandrade displayed her versatile talents this year in leading the Astros to a 16-2 regular season and the No. 3 seed in the tournament. A first team all-state selection, she led the team in kills, service points and digs, becoming the second player in Pinkerton history to break the 1,000 mark for digs in her career.

If there was something that needed to be done for the team, Dandrade was up for the challenge.

Said Royce: “She is the type of player who will do anything to win. In one game, she literally dove head first into the bleachers to get a ball up that we would eventually get the point on. ... She is the most versatile player I have ever coached.”

Dandrade shows the same kind of drive academically. A Moynihan Scholar-Athlete winner for September, in addition to a combined SAT score of 1450, she sports a 4.1 GPA and is ranked 12th in her class of 800 students. And, at the same time, she is active on the student council, anxious to help her fellow students.

She is currently undecided on her college destination with Dartmouth, UVM, Tufts, UNH and WPI her top choices.

All-Merrimack Valley Conference. Max Preps Player of the Week in September. Repeat Eagle-Tribune All-Star. Led 18-3 Hillies with 217 kills, also had 143 digs and 186 serves received. Year-round player, has traveled to tournaments in Dominican Republic.. Father Marino the head coach at Lawrence High, sister Marletti a Lawrence assistant. Great team player. Has great empathy for others. Wants to get into nursing.

Heart and soul of Lawrence team that played in Division 1 state semifinals finals in 2018, advanced to North finals this year. All-Merrimack Valley Conference First Team for second straight year and Player of Year this fall. “She’s one of the five best I’ve coached or coached against,” said Lawrence Coach Marino Valdez, through an interpreter. “She is a complete player. But as a setter, there’s none better in this state.”

Team co-captain. Led the Rangers with 501 assists, had more than 800 assists in the last two years. Also had 194 digs and impressive 98.5% serving percentage. “There’s no one I saw this season I’d rather have running our offense than Kate,” said coach Matt Twomey. “Many of the officials complimented her throughout the season.” Terrific student, ranked 15th in class with 4.3 GPA. Hopes to play volleyball in college, major in nursing.

Three-time all-MVC first team. Division 1 All-State selection. Finished season with 413 digs. Finished great career with 1,185 digs. Also had 332 service receptions and 36 aces. Tri-captain and popular leader. Follows in footsteps of sisters Sarah (NAHS ‘19) and Kathryn (NAHS ‘17), both of whom stood out for the Knights and now play at Norwich University, where Laura will join them next year. Mother (Cheryl Farnum) grew up playing volleyball in Dayton, Ohio.