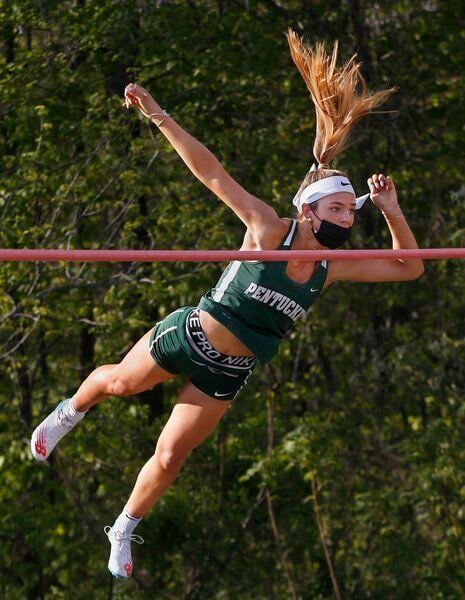 MIKE SPRINGER/Staff photoPentucket’s Kinneal Dickens clears the bar in the pole vault. She improved her best vault by two feet in two years. 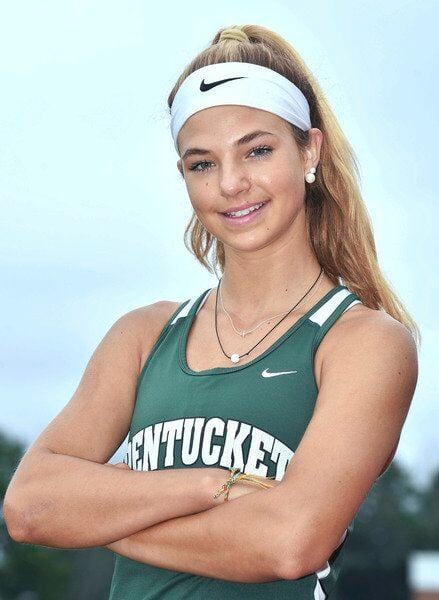 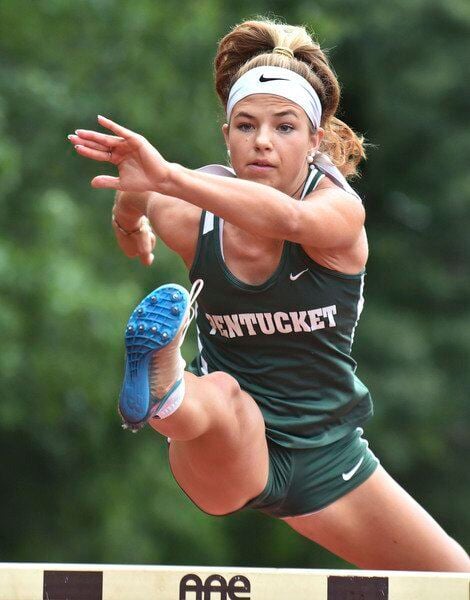 CARL RUSSO/Staff photoDespite this being her first full year running the hurdles, Kinneal Dickens was a CAL All-Star indoors and outdoors. 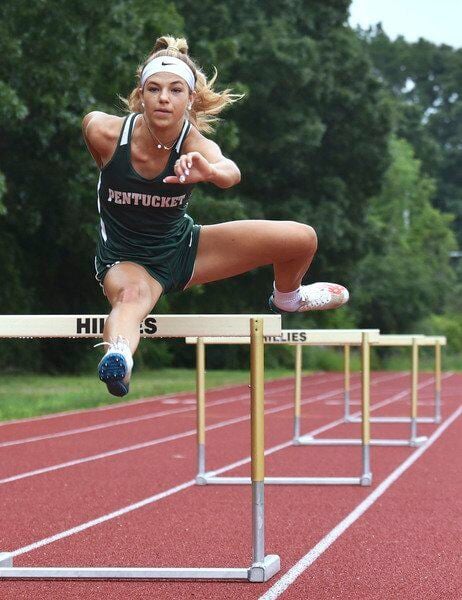 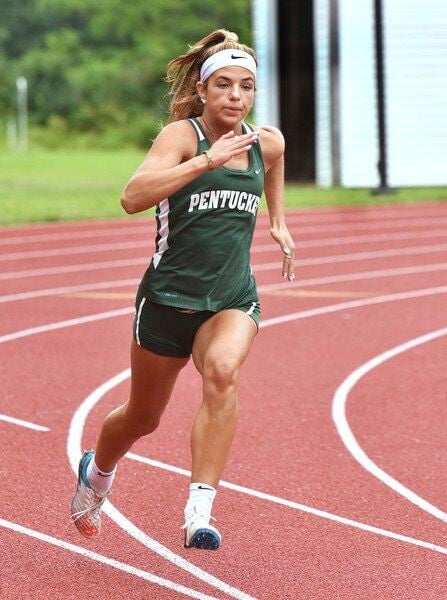 MIKE SPRINGER/Staff photoPentucket’s Kinneal Dickens clears the bar in the pole vault. She improved her best vault by two feet in two years.

CARL RUSSO/Staff photoDespite this being her first full year running the hurdles, Kinneal Dickens was a CAL All-Star indoors and outdoors.

It’s always good to have options and, thanks to a willingness to try new things, Kinneal Dickens has plenty.

The recent Pentucket graduate from Merrimac is headed to Endicott College, where she will continue her already impressive track career.

And what events will she compete in? Good question.

Dickens has always been willing to compete in whatever event she’s been asked to, from the time she began high school track as a freshman. And ultimately, she’s excelled in them.

An accomplished dancer and soccer player through middle school, the only previous track Dickens did was in informal summer meets while also doing some 5K running. So she was open to anything when starting out at Pentucket.

As a sophomore, Dickens was asked to try the pole vault, something that was completely foreign to her.

“I didn’t know what I was doing at all,” she said.

But Dickens is not easily discouraged. When assistant coach Joe Kulis told her about Patriot Pole Vault, which trains vaulters from all over, she eagerly started attending sessions and has been progressing ever since. She placed third at the CAL meet with a 9-0 vault.

This year, recognizing that Pentucket was lacking in triple jumpers due to graduation, Dickens volunteered to take up that event — with spectacular results. She quickly progressed and was the Cape Ann League (school-record 35-3.5) and Division 2 North champion.

Primarily a runner as a freshman, Dickens picked up the hurdles, but it didn’t become a regular event until this year. Yet she was a CAL All-Star in the hurdles indoors, finished sixth at the Division 2 North sectional (17.09). She also ran a hand-timed 16.3.

She was also a member of the 4x100 relay that placed first in the D2 meet and placed fourth at All-State, recording a school record 49.69.

And that’s not all. During her time at Pentucket, Dickens has competed in the javelin, shot put, 200 meters, long jump and high jump.

Showing her versatility, Dickens was a member of the state champion pentathlon team last winter during the indoor season.

“She is one of the most unselfish athletes I have ever had,” said 23rd-year head coach Steve Derro. “She is willing to do any event asked of her to help the team out. She has done just about everything for us.”

When asked her favorite event, Dickens — who was a captain in both indoor and outdoor track — hesitated, but said: “I really like the pole vault because it’s different and not a lot of people are interested in trying it.”

As to whether she might have progressed more in one specialized event if that had been her total focus, Dickens said: “Sometimes I wished I could have focused on one event, but I love doing different events.”

Because of her versatility, Derro knows that Dickens will be tough to replace next year, but he knows that she will thrive at Endicott, both on and off the track.

An excellent student, Dickens posted a 4.27 GPA and was ranked 33rd in her class of 204. She considered UMass Amherst and Stonehill, but her heart was always with Endicott, where her sister, Janet, already attends.