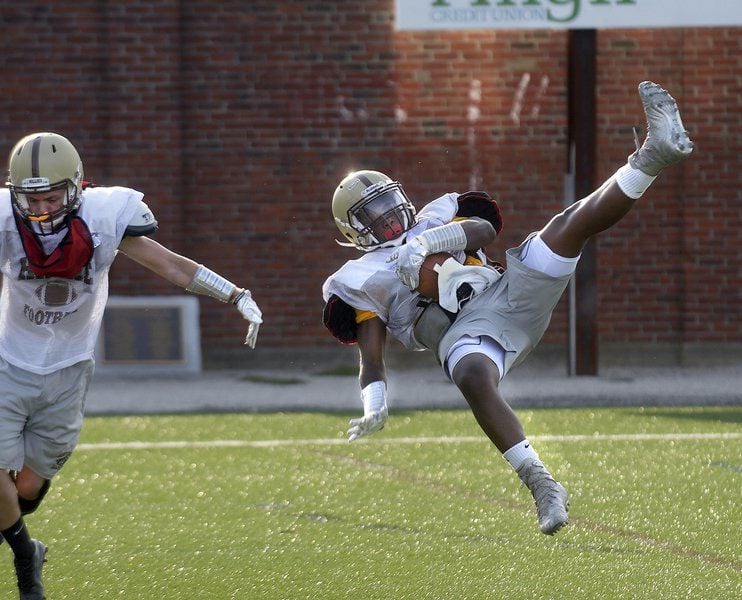 CARL RUSSO/Staff photoTeshaun Watson, making an interception during his Haverhill career, is now starring for the New Hampshire Nor'easter.

CARL RUSSO/Staff photo.Teshaun Watson broke out as a star for Haverhill High. Now he is playing for the semipro New Hampshire Nor'easter. 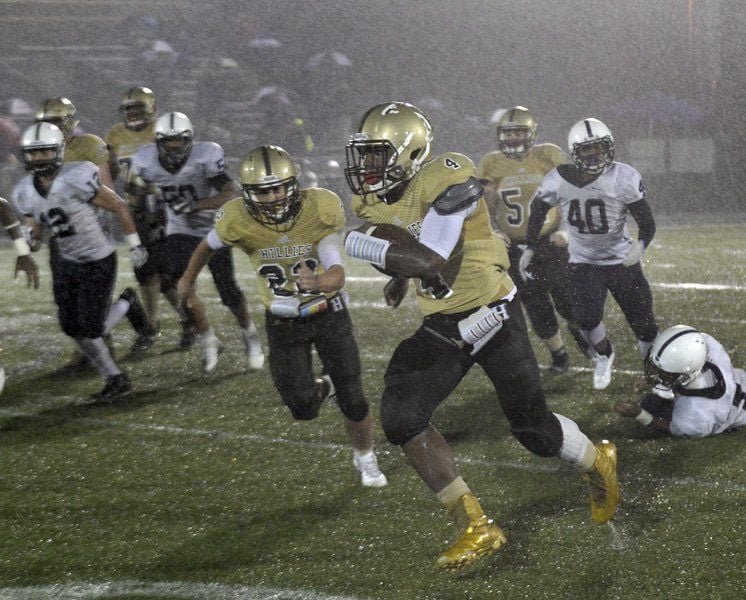 CARL RUSSO/Staff photoTeshaun Watson, making an interception during his Haverhill career, is now starring for the New Hampshire Nor'easter.

CARL RUSSO/Staff photo.Teshaun Watson broke out as a star for Haverhill High. Now he is playing for the semipro New Hampshire Nor'easter.

Nearly three years removed from his breakout senior season for Haverhill High, Watson is still starring on the gridiron, this summer as a member of the New Hampshire Nor’easter of the semipro New England Football League.

“I love playing football’” said Watson, a running back/defensive back. “This is my second summer of semipro football and I’m so happy to have the chance to play for New Hampshire. I feel like, playing for a good team with a group of guys that want to win, I can accomplish anything.”

Last summer, Watson rushed for 1,525 yards and scored 15 touchdowns for New Hampshire, earning league MVP and Rookie of the Year honors, he said. And he is continuing to shine through two games this season for the Nor’easter.

“My goal is still to play college football,” said the 5-foot-10, 195-pound North Andover resident. “But not being able to play in college right now, I want to keep my level of play high by playing against the best competition I can. I’ve learned a lot playing against men here.”

Watson began to show flashes of his skills during two injury-plagued seasons at North Andover High (2014-15). He was limited to five games as a sophomore (328 rushing yards, 4 TDs), and only one as a junior (80 rushing yard).

Prior to his senior season, Watson transferred to Haverhill High, due to “personal reasons,” and broke out as a Hillie in 2016.

As a hybrid linebacker/defensive back, he made approximately 80 tackles and intercepted two passes on his way to Eagle-Tribune All-Star honors. In limited time as a running back in a crowded backfield, he ran for 267 yards and two TDs.

With Watson leading the defense, Haverhill finished that fall 9-2, the school’s best football season since 1936, and won the Merrimack Valley Conference Division 1 title.

“Teshaun brings 100% effort every day,” said Haverhill coach Tim O’Connor at the time. “But the most important thing is he loves the game of football.”

Watson hoped to continue playing football in college, but his career was derailed due to academic struggles.

“I made some mistakes, and I didn’t take school as seriously as I should have,” said Watson, now a student at North Shore Community College. “It hurt not going to college, because it felt like where I was supposed to be.”

After being limited to All-Star games in 2017 a new football home found Watson last summer.

He was contacted by the Nor’easter on Facebook, offering him a spot. Once he joined the team, Watson wasted no time showing he could still play.

“On my third carry I broke a 75-yard run,” he remembered. “I was intimidated, being one of the smallest and youngest guys out there. But when I scored my first touchdown, I started crying. I showed myself that I could still be that guy, even if my career didn’t go in the direction I thought it would.”

After earning MVP honors last summer, Watson is working to match that effort this season.

In addition to intense workouts and working as a landscaper, he said he has greatly improved his grades at North Shore Community College. While he faces tough odds, he has no intentions of giving up on his dream.

“I’m hoping a college or JUCO (junior college) will give me a shot next year,” Watson said. “You never know. I’m working every day. I want to make this my last year of semipro, which has been great. But first I want to win a championship, and make sure everyone knows who Teshaun Watson is.”

Teshaun Watson is the second of three brothers to star on the gridiron.

Earlier this summer, Darren and Teshaun teamed to win the flag football title in the Massflag League.

Their older brother, Jeff Watson, rushed for over 1,500 yards at Lynn Classical in 2005.