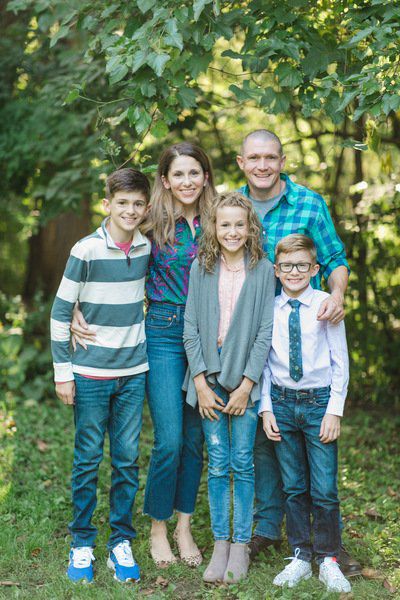 Courtesy photoFormer Pinkerton star and national cross country champion Matt Downin and his wife Angela, a former star runner at Michigan, with their children, from the left, Jackson, Abby and Miles. Jackson and Abby are promising middle school runners. 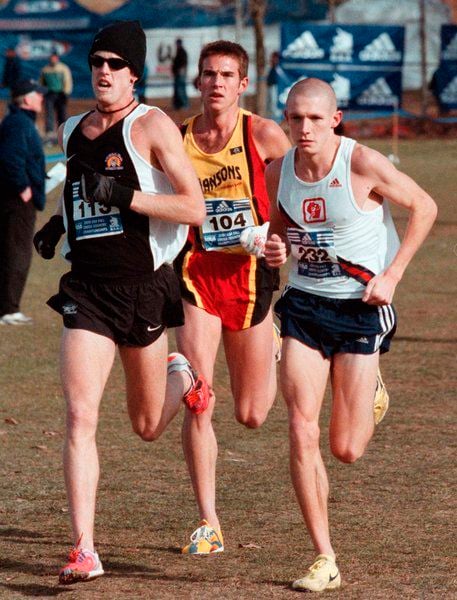 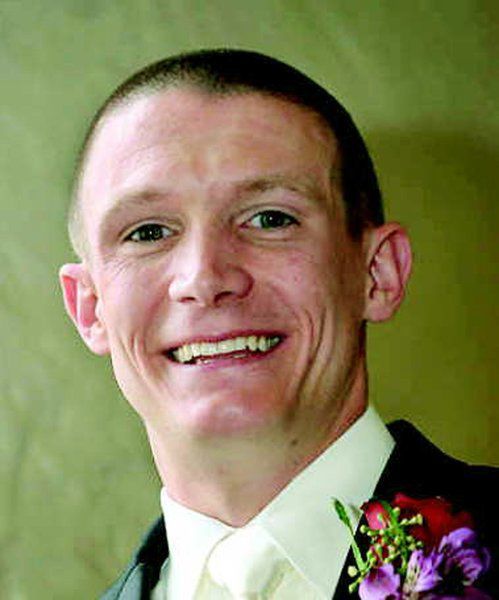 Courtesy photoMatt Downin was an inductee in the Pinkerton Academy Hall of Fame in 2007. 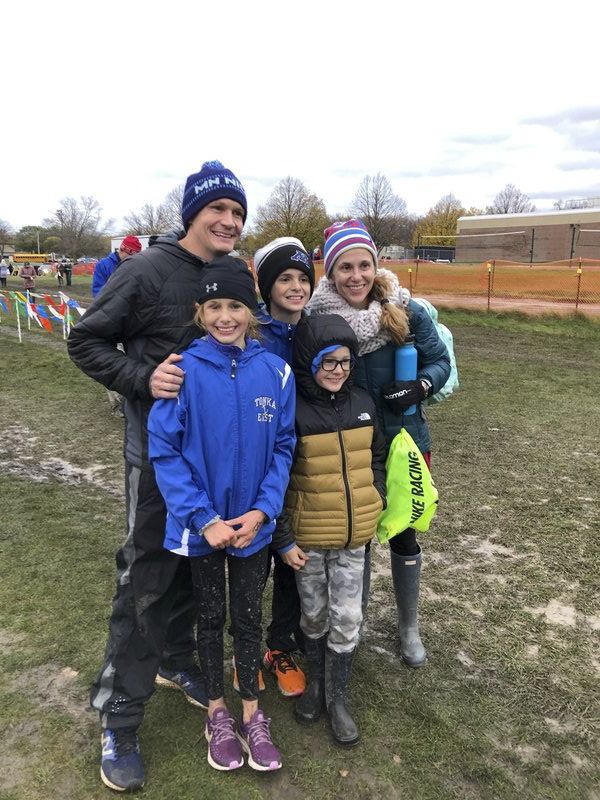 Courtesy photoFormer Pinkerton star and national champion Matt Downin stands behind his daughter Abby after she won a conference middle school cross country race in Minnesota. Alongside him is son Jackson, wife Angela and son Miles. 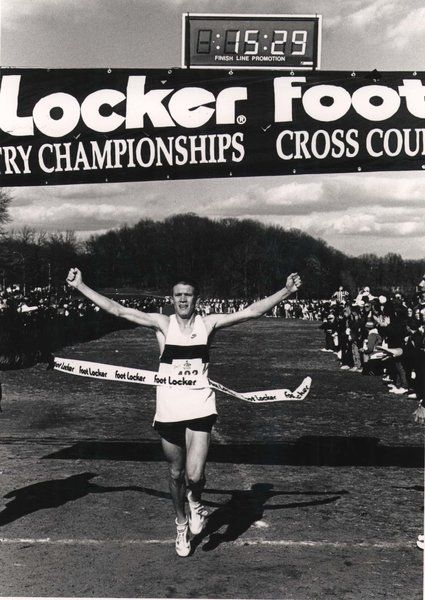 Courtesy photoFormer Pinkerton star and national cross country champion Matt Downin and his wife Angela, a former star runner at Michigan, with their children, from the left, Jackson, Abby and Miles. Jackson and Abby are promising middle school runners.

Courtesy photoMatt Downin was an inductee in the Pinkerton Academy Hall of Fame in 2007.

Courtesy photoFormer Pinkerton star and national champion Matt Downin stands behind his daughter Abby after she won a conference middle school cross country race in Minnesota. Alongside him is son Jackson, wife Angela and son Miles.

Matt Downin is no philosopher, but he does have words of wisdom that he likes to pass down to his three children.

“I tell my kids (13-year-old Jackson, 12-year-old Abby and 9-year-old Miles) to find something they love and go with it,” said the 43-year-old Downin, who was a national cross country champion at Pinkerton in 1994. “I tell them, ‘If you find it, be the best you can be at it and enjoy it.’”

The advice is something quite personal for Downin, and he’s been living it nearly his entire life with his involvement in the running community. He currently is living in Minneapolis as the vice president of business development for EnMotive, which offers multiple running services and is the largest timing company of races in the country.

Downin and his wife Angela, an attorney and former track star at the University of Michigan, and their children have been living in Minneapolis for 10 years. His position with EnMotive is the culmination of a life centered around running.

Following his legendary career at Pinkerton, where he made history by edging friend John Mortimer of Londonderry for first at the Foot Locker Nationals at Balboa Park in San Diego, Downin went on scholarship to the University of Wisconsin and enjoyed tremendous success.

After graduating from Wisconsin, Downin began a professional running career that lasted more than eight years, training for four years in California and then in New Jersey. He had considerable success, finishing third in the USA 10,000-meter championships, for example, with a PR time of 28:08.04.

Overall, Downin didn’t enjoy quite as much success as he wanted as a pro runner, particularly in the marathon, in which he hoped to qualify for the Olympics. But his time spent as a professional ultimately proved to be well spent.

“I had a relatively long pro career that gave me a long time to learn about the sport, and I found that there were a lot of different aspects to it,” said Downin, who worked for other running companies prior to EnMotive. “I realized that I wanted to be around other runners and be part of something that had been so important to me.

“I feel fortunate to be involved with running events my whole career. I have a great job in an industry I love. I feel incredibly lucky to not have a job outside of running.”

Downin finds it interesting as well as just that he and Mortimer, who owns a running store and founded Millenium Running, wound up in similar careers.

“That we both ended up with careers in running is a testament to how hard we worked at the sport and what it did for us,” said Downin. “It’s also an indication of what the world should be like. You should be doing something you love.”

As far as his own running, Downin has not done competitive racing since he retired as a pro. He does go out for fitness runs whenever he can, particularly if it’s with his oldest children, Jackson and Abby, who are promising middle school runners.

“Both have the ability and talent to be very good if they want to be,” said Downin. “It just depends on how much they want to put into it. Running (competitively) is a lot different now from when I was in high school. There’s a lot more that goes into it.”

On the other hand, being a high level runner still requires hard work and passion for the sport, two qualities that Downin will certainly pass down.

Finished eighth at Foot Locker cross country Nationals as a junior in 1993 despite being injured much of the season.

College (U. of Wisconsin)

Finished fourth at NCAA Div. 1 cross country championships as both a junior and senior

Over his distinguished running career, in college and as a professional, former Pinkerton star Matt Downin has enjoyed some great coaching, saying that “I was lucky to have famous coaches like Jerry Schumacher (Wisconsin) and Bob Larsen (Hall of Fame coach from UCLA).”

But, he says, no one was like veteran Astros coach Mike Clark.

“The enthusiasm and passion he brought to running is something I’ve never seen before,” said Downin. “I remember my first day of practice seeing him with so much enthusiasm, so much energy. I’m thinking ‘It has to be an act, he can’t keep it up.’ But he was like that every day. As I get older, I appreciate him more and more — the passion, the concern for the kids and his integrity. It’s just so impressive.”

“I feel fortunate to be involved with running events my whole career..”