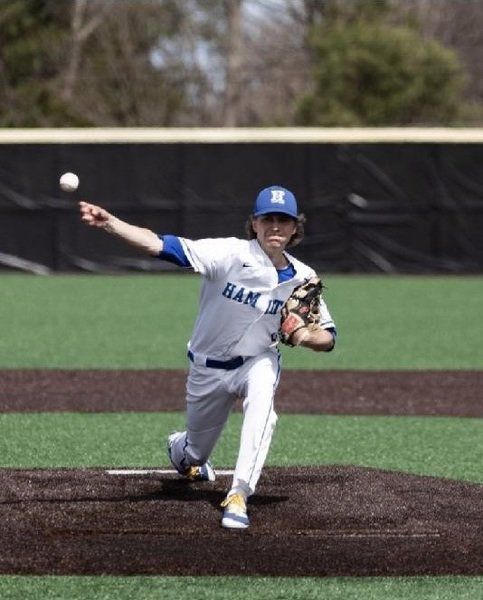 Courtesy PhotoChris Keane improved in each of his three seasons at Hamilton College. His last season was unfortunately cut short, but the North Andover resident still put together a great career. 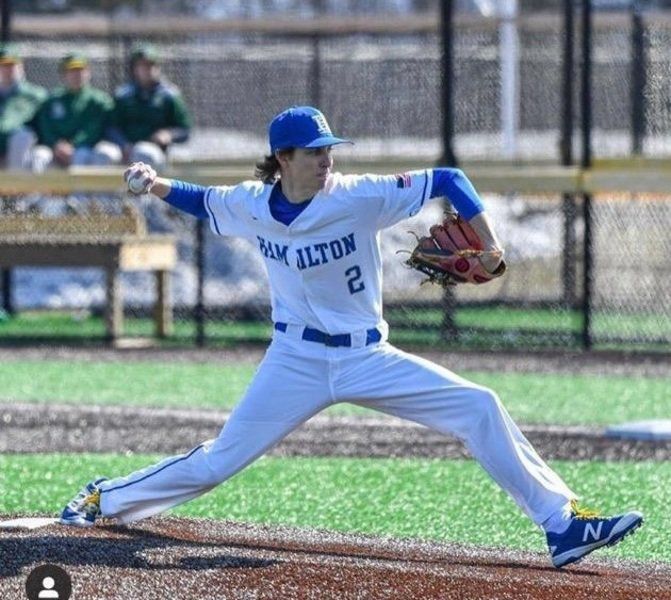 Courtesy PhotoNorth Andover's Chris Keane got to at least start one game this year as a senior for Hamilton College before the season was cancelled. He picked up a win, closing the book positively on a solid college career. 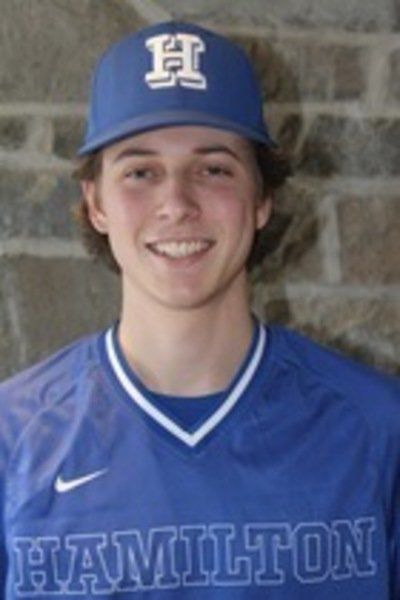 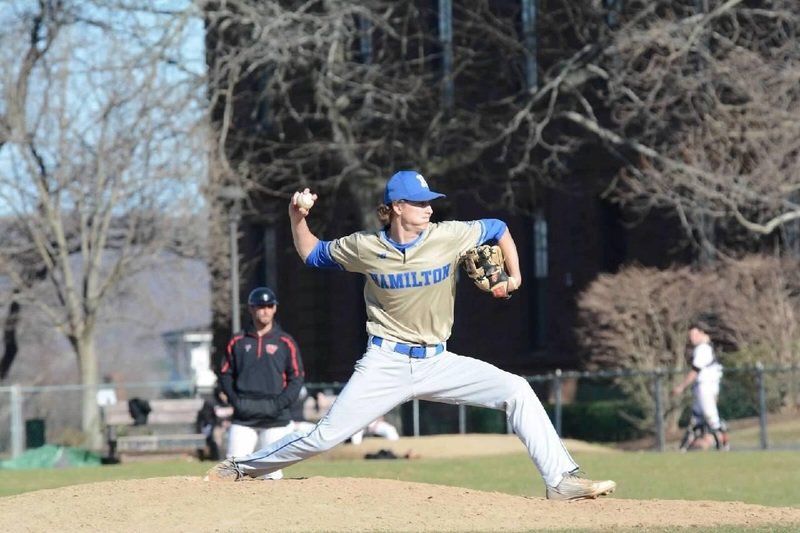 Courtesy PhotoNorth Andover's Chris Keane has a bright future ahead.

Courtesy PhotoChris Keane improved in each of his three seasons at Hamilton College. His last season was unfortunately cut short, but the North Andover resident still put together a great career.

Courtesy PhotoNorth Andover's Chris Keane got to at least start one game this year as a senior for Hamilton College before the season was cancelled. He picked up a win, closing the book positively on a solid college career.

Courtesy PhotoNorth Andover's Chris Keane has a bright future ahead.

Chris Keane is happy he at least got one start.

It came the Sunday before last with his parents watching from the stands, and the senior tossed four scoreless innings with three strikeouts to lead Hamilton College to an 8-2 win over Clarkson.

Little did he know at the time, though, he had just thrown his final collegiate pitch.

Last Friday, Keane and the rest of the Continentals were slated to fly to their annual two-week long spring trip to Florida.

But when he called to talk to The Eagle-Tribune a couple of days ago, it was from the comforts of home in North Andover.

Like so many, Keane was forced to watch his collegiate career abruptly come to an end due to the ongoing COVID-19 pandemic. When the news broke that the NESCAC was cancelling the remainder of its spring sports season, it certainly stung.

But Keane has done his best to take the craziness of the past two weeks in stride.

“It was disappointing, especially being my senior year,” said Keane. “I was going to be our No. 2 starter this year, which is kind of what I’ve been working towards for the past three years. So it’s tough that I won’t get those 8 or 9 more starts.

“But I was at least lucky enough to get on the mound this year. I obviously had no idea that it’d be my last time putting on the Hamilton gear, but it was still a great way to go out. I’m just thankful and happy I was able to pitch.”

Keane was hoping to end his senior season in style.

History says he would have.

Each of the previous three years at Hamilton, Keane got better, culminating in last year’s career-best 3.14 ERA with a 1-1 record and a save as a hybrid starter/reliever. He lowered his ERA each year of college, and finally worked his way into a full-time starting role this fall.

It’s obviously not the way he wanted the college career to end, but Keane is still grateful.

“I would do anything to be able to go back and do every part of it again,” he said. “The NESCAC is a great conference to play in. It’s very competitive. Coming out of high school, I wanted to go to the best academic school I could while continuing my passion for baseball.

“Every part of it was awesome.”

The NCAA has granted spring athletes relief for a season of eligibility. But Keane, who in June will begin his master’s at Northeastern, doesn’t know yet if he’ll make use of it.

“It’d be great to go back to Hamilton (in Clinton, New York) and do my spring semester again,” he said. “At least I know that, down the road, it’s something I have in my back pocket.”

Keane has had a fine baseball career between North Andover High and Hamilton, and he hopes to still find opportunities to either play or coach the sport in the future.

But he’s also been the definition of a student-athlete.

He’ll wrap up his undergraduate in economics online in the coming months, as Hamilton has cancelled in-house classes for the foreseeable future.

And after, he’ll be moving down to Boston where he’ll get his master’s.

“I’m super excited,” said Keane. “The master’s program I’m enrolled in really helps someone get a position in accounting at one of the Big 4 firms. I’m hoping to work in either Boston or New York.”

Keane will be at Northeastern with younger brother Sebastian — the freshman sensation.

“It’ll be a lot of fun,” laughed Keane. “Me and my brother will be home for the next few months. So I’ll be out there playing catch with him and doing whatever he needs me to do.”

A quick crash course for those who might not know: Sebastian Keane is a current freshman pitcher at Northeastern, led North Andover to the Super 8 title last year, was named Gatorade Player of the Year in Massachusetts and Eagle-Tribune MVP, and was taken by the Red Sox in the 11th round (No. 347 overall) of last June’s MLB draft.

But older brother Chris, a fine senior pitcher himself for Hamilton College, says there’s never been any sort of competition between the two.

“I’ve loved watching every part of his journey,” said Chris, a 6-foot, 160-pound righty. “I tried to watch every one of his starts at Northeastern. I just love watching him play, it’s unbelievable. He’s such an awesome player and deserves everything he gets.”

The Red Sox put on the full-court press to try and sign Sebastian last year — including a meet-and-greet with the great Pedro Martinez, who offered to be his pitching coach.

“If anything, it gets people to recognize who I am,” laughed Chris, whose father, Tom (‘86), also played at Hamilton. “There were some freshmen on our team this year who of course all knew of (Sebastian), and it was funny watching them put two-and-two together with me. ... I love being referred to as ‘Sebastian Keane’s brother.’

“And I’ve loved being a part of every step of his journey.”

*Season cancelled due to COVID-19.