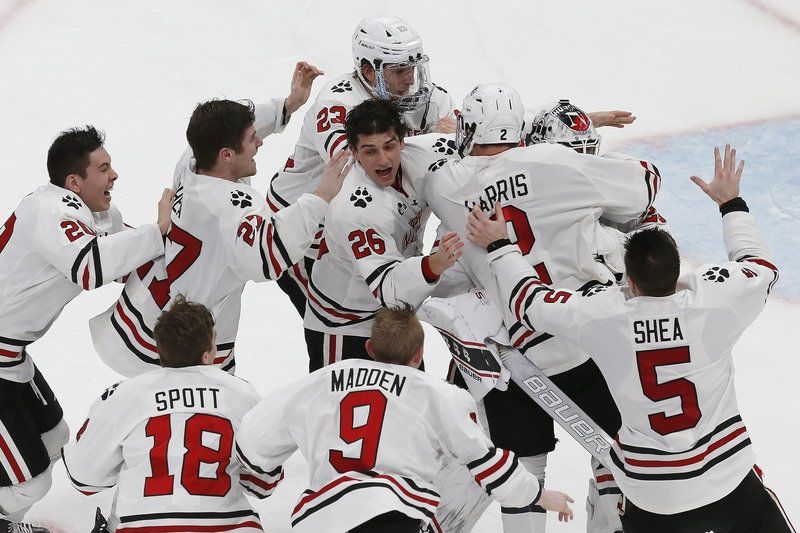 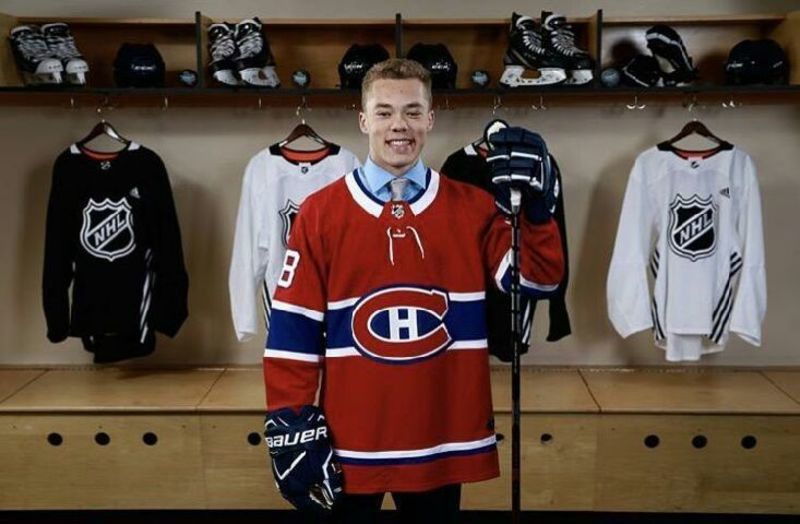 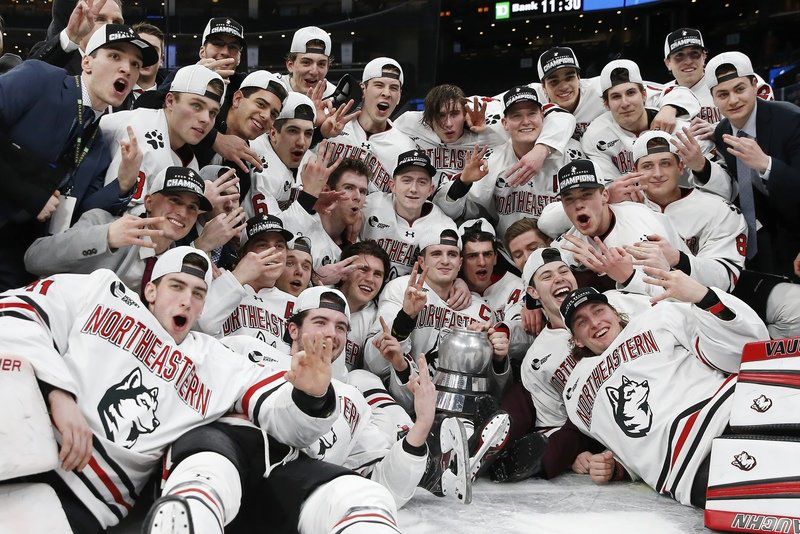 Jordan Harris couldn’t see, and he certainly couldn’t move under the weight of the entire Northeastern hockey team piling on top of him in overjoyed celebration.

But he could hear the roars of the elated crowd, and he could feel the shock and overwhelming joy welling up inside of him.

“It was just a whirlwind,” said Harris. “I couldn’t move (in the celebration), and I got jostled around a little with everyone on top of me. I couldn’t see anything, but I loved celebrating with my team. It was a feeling like no other. It was amazing.”

Haverhill’s Harris earned himself a place in Boston sports lore on Monday, on one of college hockey grandest stages.

Harris fired home the dramatic double-overtime game-winning goal in Northeastern University’s thrilling 5-4 victory over Boston University in the 68th annual Beanpot championship game Monday, in front of a tournament-record crowd of 17,850 at the TD Garden.

“It still hasn’t totally set in” said Harris, a sophomore. “To score that goal with my family and thousands of students there was unbelievable. You don’t really understand in the moment, but when you look back you can feel, ‘That really happened?’”

As the game stretched into double-OT, a BU penalty gave Northeastern a power play at 13:18 of the extra session. At that moment, the coaches looked to Harris, their star defenseman.

“When we went on the power play and went over to the bench, the coaches looked at me,” he said. “They said, ‘If you get the puck, try to get into the middle and get a shot off.”

With a Beanpot title within reach, Harris hauled in a pass and fired.

“I passed the puck to (Aidan) McDonough, and he gave it back to me,” said Harris. “I saw the opening, so I tried to get into the middle and get off a fast shot. I tried to place it the best I could, but I was really hoping for a tip or rebound.”

Harris snapped off a wrist shot from just inside the blue line that found its way through traffic, past the goalie and into net for the game-winner. It was the fourth goal of the season for Harris, a dominant defensive player who recently impressed for Team USA in the IIHF World Junior Championship.

“Seeing it go in was crazy,” said Harris. “After scoring, it was just pure emotion. It was relief and joy. My first thought was to go down and celebrate with my goalie (Craig Pantano). Then the whole team came, and it was amazing.

After the raucous celebration, where his teammates piled on top of him along the boards, Harris earned his chance to skate with the Beanpot trophy.

“When I got the trophy I skated over to the corner where my family was,” said Harris. “My mom had tears in her eyes. There were a lot of pictures being taken. It was really amazing.

“As a kid, I don’t think I ever really understood the importance of the Beanpot. Seeing what it means to so many people makes it that much more special. To win it for them is something I will remember for the rest of my life.”

Had Haverhill’s Jordan Harris not won the Beanpot for Northeastern, another former local athlete could have been a hero.

Picking up an assist on a Northeastern goal was Mike Kesselring, the son of former Pinkerton head coach and Merrimack College star Casey Kesselring. Andover’s Nick Scarpa is a backup goalie for the Huskies.