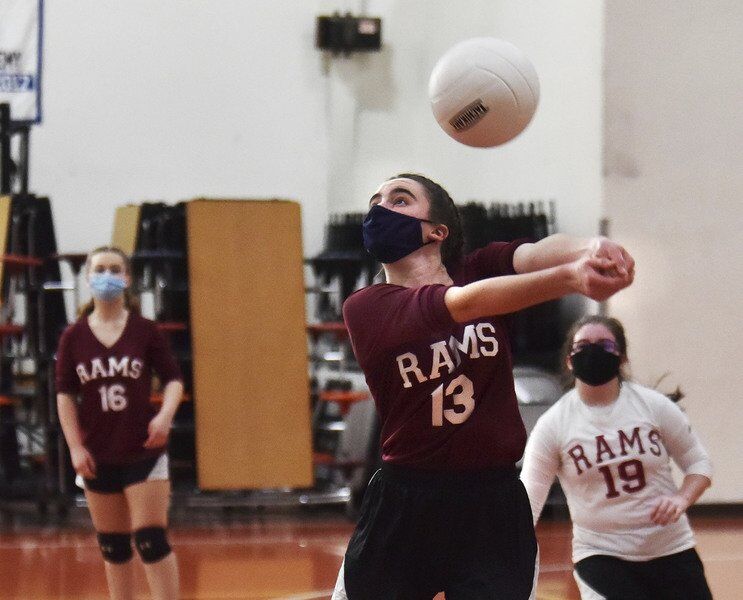 CARL RUSSO/staff photoFellowship Christian's Adriana Taboucherani keeps the ball in play. She is effective everywhere on the court. 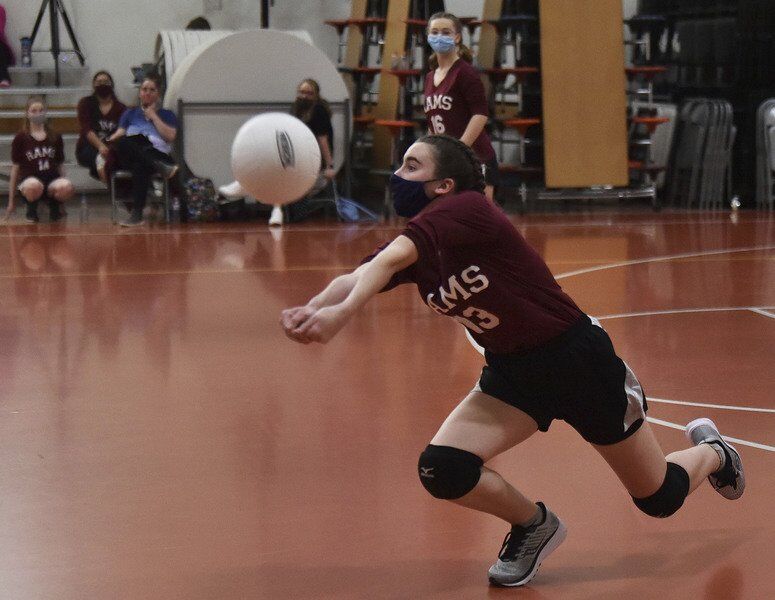 CARL RUSSO/staff photoFellowship Christian's Adriana Taboucherani lunges to keep the ball in play. Although she also plays basketball for the Rams, volleyball is her specialty. 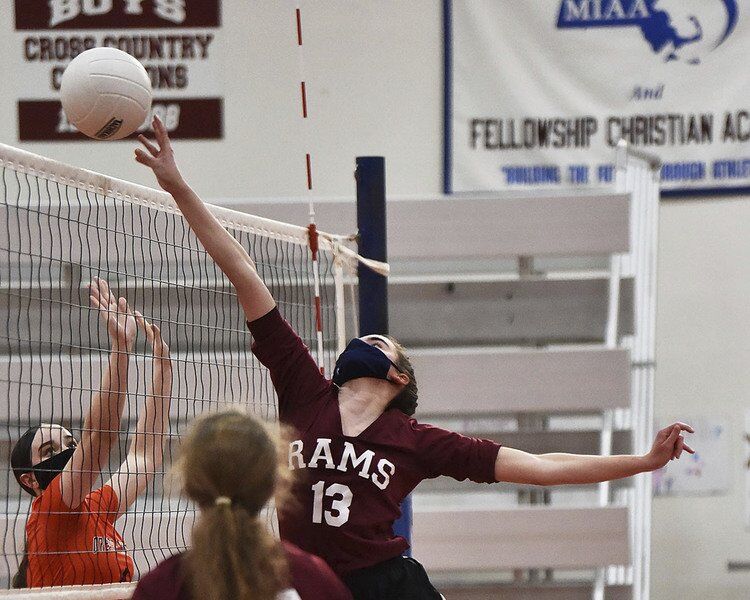 CARL RUSSO/staff photoFellowship Christian's Adriana Taboucherani keeps the ball in play. She is effective everywhere on the court.

CARL RUSSO/staff photoFellowship Christian's Adriana Taboucherani lunges to keep the ball in play. Although she also plays basketball for the Rams, volleyball is her specialty.

Taboucherani is easily the most accomplished volleyball player for Fellowship and probably one of the better players in the Merrimack Valley.

Of course, standing out at Fellowship Christian sometimes is not difficult since it’s one of the smallest schools in the state.

There are only 21 high school students at the Methuen school, 13 of whom are girls, and none are seniors. There are an additional 13 girls eligible to play from the 7th and 8th grade. Those two classes have a combined 22 students.

But Taboucherani, who is from Haverhill near the Salem, N.H., line, would probably have an impact at a much larger school.

After a match last week against Greater Lawrence, Reggies’ coach Rob Mahoney made no bones about it.

“She (Taboucherani) is a really good player, easily the best player on the floor,” said Mahoney.

At 5-foot-8, Taboucherani leads the team in kills and — by far — serving aces, often reaching double figures in both categories. She is the only player on the team who uses the more powerful jump serve.

In one set as a freshman, Taboucherani went back to serve with Fellowship stuck on two points. She followed with 23 straight points, at least half of which were aces, as the Rams wrapped up the set.

“She’s so well-rounded, but she’s just a phenomenal server,” said fifth-year Fellowship coach Liz Brodnick, whose club is off to a fine 6-3 start — its best start in years. “She hits it hard, and she’s really good at placement.

“She’s good at kills, really good at tips and, against Lynn Tech, she had three blocks. I’m wondering where that came from. That’s a lot for us.”

There’s no question that Taboucherani is an advanced player at a tiny school, but interestingly, it’s not from playing years of AAU volleyball. She is much more of a self-made player and taught herself the jump serve in the fifth grade.

She began playing volleyball in the fourth grade at the Salem Boys and Girls Club and has been playing at Fellowship since the seventh grade, starting on varsity as an eighth grader when FCA made the MIAA state tournament and had a 10-9 record.

Taboucherani, who is a team captain as a sophomore, also plays in the backyard in the summers with younger sister Nadia and younger brother Marc, who are in the fifth and seventh grades, respectively, at Fellowship.

“I just love the game. The competition and how you play as a team,” said Taboucherani, who also plays basketball for FCA. “I also like mentoring younger players, help them learn how to play.

“I love to share my ability with others. I’ve been teaching my sister since she was 4-years-old.”

An excellent student, Taboucherani plans on taking online courses via Pensacola (Fla.) Christian College next year and hopes to attend the school after graduating from FCA.

In college, Taboucherani plans on continuing to play volleyball while majoring in business with a long range dream of opening her own bakery. When she’s not baking points on the court, she’s often baking delectables in the kitchen.

“It’s one of my passions,” said Taboucherani. “In the summer or on vacations, I’ll bake something almost every day. My favorites are French pastries with fruit in them.”

Interestingly, Taboucherani doesn’t have much of a sweet tooth and usually lets others enjoy her works. At the moment, she’s mainly sweet at  excelling at her other pursuits, with volleyball is at the top of her list.

Miscellaneous: Loves to bake, hopes to open a bakery one day

There are only 21 high school students at Fellowship, 13 of whom are girls, and none are seniors. There are an additional 13 girls eligible to play from the 7th and 8th grade. Those two classes have a combined 22 students.