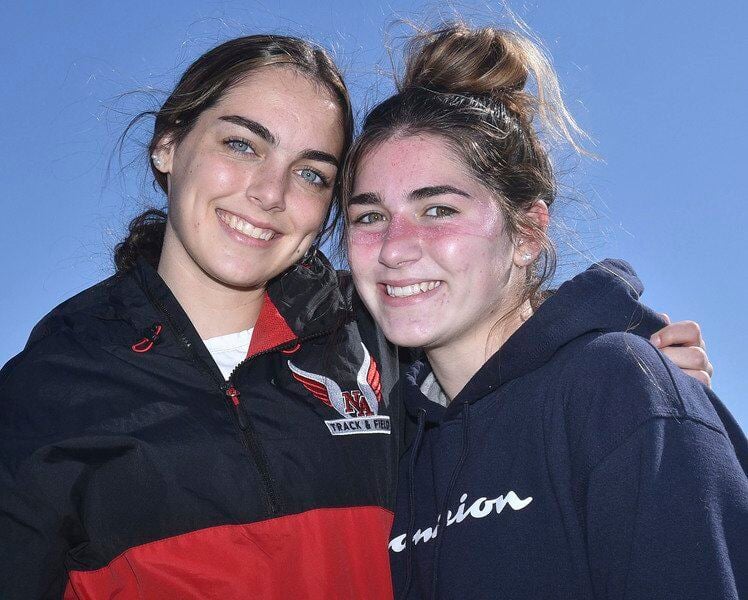 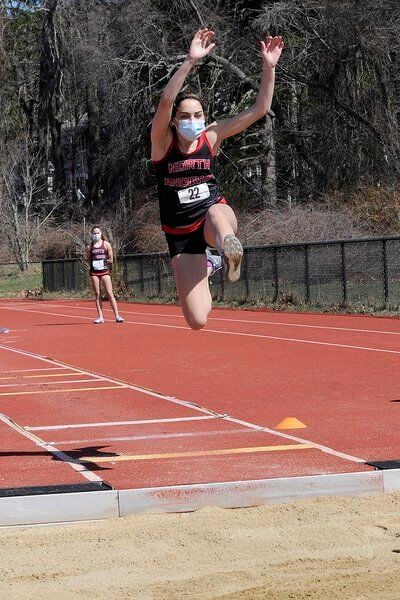 TIM JEAN/Staff photoNorth Andover's Ava Nassar has the best long jump in the MVC this year, a 17-10, and holds the school record with an 18-1.

TIM JEAN/Staff photoNorth Andover's Ava Nassar has the best long jump in the MVC this year, a 17-10, and holds the school record with an 18-1.

Over the years, coaches and athletes from other sports, with lacrosse in particular, have tried to lure North Andover senior track standout Ava Nassar.

Which, given Nassar’s speed and athleticism, is understandable.

But Nassar has withstood any recruiting efforts with ease. For her, it’s all about track.

It’s the sport that drives her and, besides, it runs in the family.

Older brother Trevor was a standout for the Knights (49.99 400, 20th all-time in area. He currently runs track as a sophomore at the University of Vermont and younger sister Shelby is a promising sprinter as a sophomore at North Andover.

“I never wanted to do another sport,” said Nassar. “I like the atmosphere of the team, the spirit we have, and we have great coaches.”

Nassar largely credits the coaching with her prowess in the long jump, an event in which she owns the school record with an 18-1 as a sophomore. That ranks her 12th all-time in the area.

She currently has the best mark “indoors” in the Merrimack Valley Conference at 17-10.

“I’ve been doing the long jump since I started track in the sixth grade but I wasn’t doing well in it until my freshman year,” said Nassar. “I improved with some coaching and just by practicing it a lot.”

Practice and hard work are nothing new for Nassar, who is also a top student with a GPA of 4.13 while taking two AP courses.

Although, because COVID wiped out last year’s spring track season and delayed the indoor season, it’s been a year since she has been able to compete, she entered the season ready and motivated.

“I feel like I’m in pretty good shape,” she said. “My goal this year is to PR in all my events.”

And Nassar is off to a good start. In just her second meet, her long jump mark was not only close to her outdoor record but set a new mark indoors. And her winning time in the 55-meter dash, a 7.59, was just off her best time (7.57) in that event.

“Ava is a captain and a good leader, and has been very consistent for us,” said head coach Rick Dellechiaie. “She has been at the top or near the top in all three events since her freshman year.”

And Nassar doesn’t plan on ending her track career anytime soon. Although undecided about her college destination as she weighs acceptances from UMass Amherst, UConn and the University of Tampa, she is sure of one thing.

“Wherever I go, I plan on running as a walk-on,” said Nassar, who will major in either Business or Nursing.

When track is in your blood, it’s not something you can easily give up.

“I never wanted to do another sport. I like the atmosphere of the (track) team, the spirit we have,”