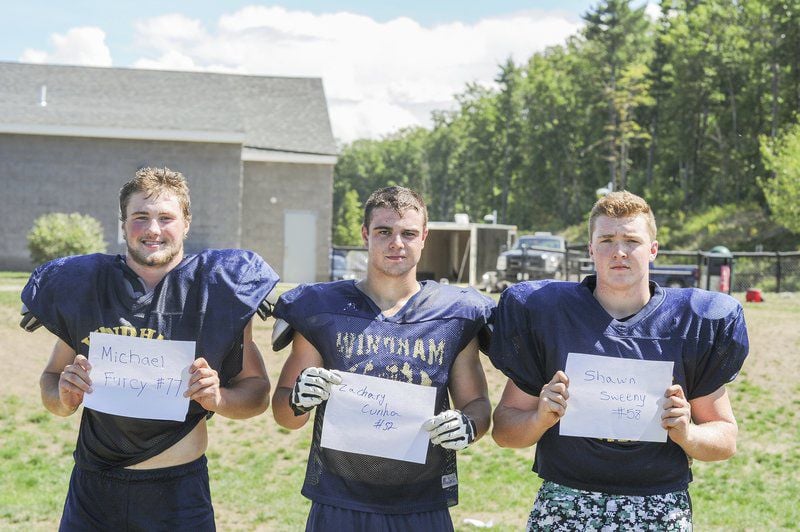 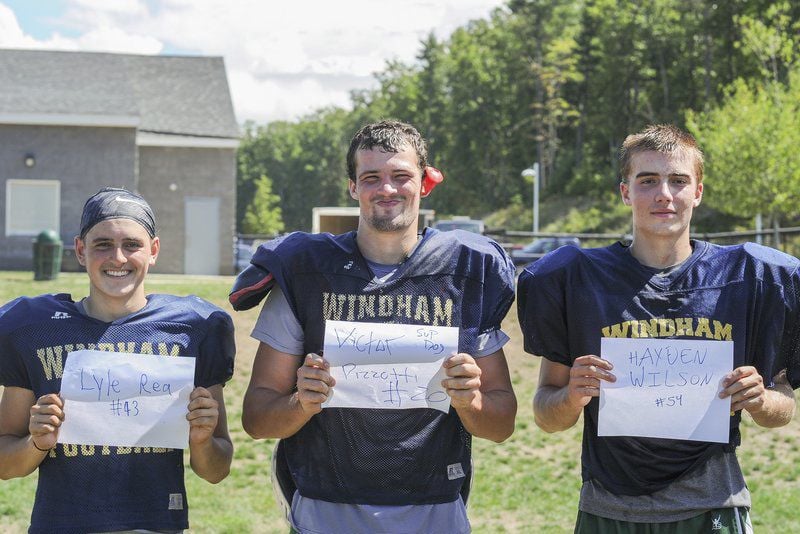 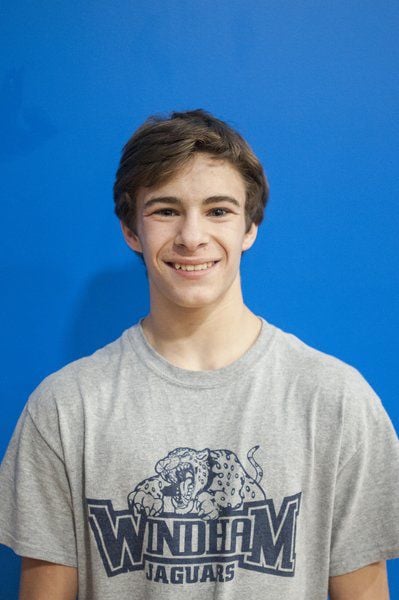 PETERBORO, N.H. — Just a few months ago, Victor Pizzotti had no intention of trying wrestling for the first time.

Now, the Windham High senior is a state champion.

It took Pizzotti just 47 seconds to scored a pin at heavyweight. That closed out a run that saw Windham win the final three weight classes after already taking three of the first four of the finals to roll to a dominant victory as a team at the New Hampshire Division 2 State Meet at ConVal High School.

“It’s a crazy feeling,” said Pizzotti. “I had never wrestled until a couple months ago and didn’t even like it at first. But I sure love it now. No way I could imagine this. I was just trying to fill a role, and it has worked out amazing. It doesn’t feel real.”

Pizzotti, a two-time Eagle-Tribune All-Star in football, began the winter in indoor track. But friends on the wrestling team, in dire need of a heavyweight, began wooing the 220-pounder.

“Coach (Tom Darrin) came to me in the hallway and said they needed a heavyweight and it would be hard for them to win a state title without one,” said Pizzotti. “Football season didn’t end the way I wanted, and I didn’t want my friends on the wrestling team to go out the same way.

“I came out for the team about halfway through the year. I lost the first three matches and I was really down. But then I started winning and I really liked it.”

And the first person to greet him after the title victory was his step father, Jaguars assistant wresting coach Russ Perkins.

“Mason got me in a weird position so I grabbed his head and wasn’t letting go,” said Pizzotti. “I thought of the team, I rolled him through and once I got him on his back I wasn’t stopping. It was a crazy feeling. Amazing.”

For just a few moments, it appeared Windham senior Mike Furey was in serious danger.

After dominating the opening minute of his 220-pound match, Furey suddenly found himself vulnerable. Clement Sherwood of Hollis-Brookline had hold of a standing Furey’s right leg, and looked prepared to throw him on his back.

“He was holding my leg really tight, so I tried to spin to my left,” said Furey. “I was getting really tired, but that worked. And after that I got him on his back and got my weight on him.”

Furey took control and scored a pin in 1:35, taking the title after finishing second a year ago.

“It’s amazing,” he said. “I can finally say I’m a champion. Everybody was around me celebrating. It was the best feeling in the world.”

Just prior to Furey’s win, fellow Jaguar Mike Tanguay held tough for 9-4 decision for the title at 195 pounds.

“Nothing feels like winning,” said Tanguay. “It feels terrific. We have worked hard for this and it’s the best. It’s hard to explain how great it is.”

Freshman Payton Sills set Windham off on the right track, scoring a pin at 106 pounds in 5:15.

“I didn’t think I would be a state champion this year, but my coaches and teammates gave me confidence,” he said. “The finals match was the toughest I have had all year. I was so relieved that I got the title. I was crying some tears of joy.”

He was followed by Riley Millette, who needed just 0:57 for a pin at 113 pounds.

“I won it last year so I needed to get it again this year,” he said. “Now I will have two banners in the (Windham High) gym that will always be there. Celebrating this title is so much fun.”

The final Jaguar victory went to Vincent Marino, who scored a 13-0 major decision at 126 pounds.

“Ever since I saw my brother (Devin Marino) won a state title as a senior I have wanted this,” he said. “I went out, I knew I could take it if I wrestled my best. I was exhausted by the end, but I had done everything I could and got the win.”