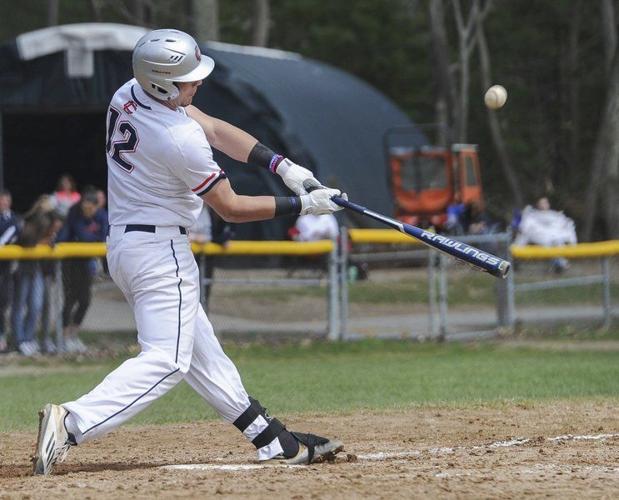 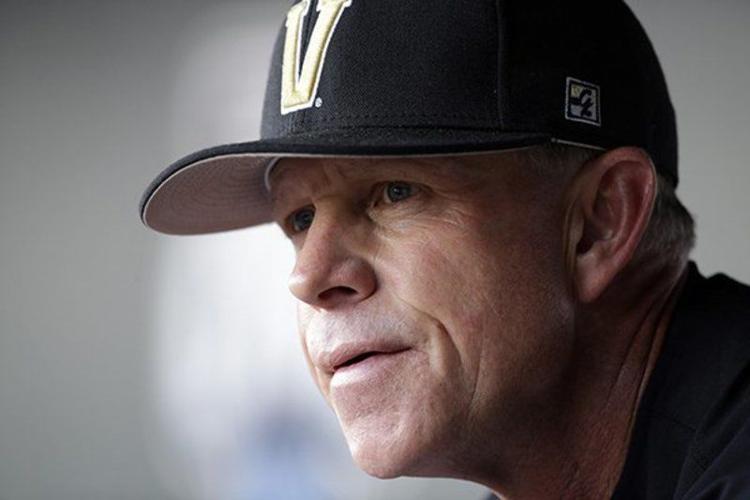 Vanderbilt University baseball coach Tim Corbin offered Central Catholic star Dom Keegan a scholarship for the fall of 2018. Keegan, of Methuen, had originally committed to Virginia Tech, but after the coaching staff was fired he de-committed.

Vanderbilt University baseball coach Tim Corbin offered Central Catholic star Dom Keegan a scholarship for the fall of 2018. Keegan, of Methuen, had originally committed to Virginia Tech, but after the coaching staff was fired he de-committed.

In the end, albeit a circuitious route, Dominic "Dom" Keegan will end up where he always hoped he would.

The Central Catholic star catcher from Methuen, who de-committed from Viriginia Tech after the coaching staff was fired recently, found a new college home:

Vanderbilt University out on Nashville, Tenn.

Academically, it's a gem, right there with the best, large universities in the country.

As for college baseball? It doesn't get any better.

"When I was growing up, following and watching college baseball, Vanderbilt was No. 1," said Keegan. "But I was recruited heavily by Virginia Tech, which I loved, and that seemed like the right spot."

An enticing part about Virginia Tech for Keegan was coach Pat Mason, who grew up in Franklin, Mass. and played and coached at Northeastern University. Mason had helped in the development of 10 catchers who were drafted.

"I was in love with the campus, the school, the program and especially the coaches," said Keegan. "When the coaches were let go, I decided I would look into other schools."

Vanderbilt inquired when it heard about Keegan's availability. In fact, coach Tim Corbin, hailed as one of the best in the country, had a lengthy conversation with Dave Bettencourt, a long-time hitting instructor and AAU coach, about Keegan.

"Basically, Dom is one of their kind of guys," said Bettencourt. "It's about passion, work ethic and character. Dom checks all of those boxes. It's a great fit."

Bettencourt said that Keegan's ability to hit the ball is not normal.

"When Dom goes to showcases or special events with big-time schools and pro scouts, he always gets asked to come back," said Bettencourt. "He's a great athlete, with a great arm. But his ability to hit through a baseball is special. It's what they teach in the pros."

Coach Corbin, a native of Wolfeboro, N.H., called Keegan for a brief discussion, while in the midst of the Super Regional — Vandy was eliminated by Oregon State.

Vanderbilt has been to the NCAA Div. 1 tourney 12 consecutive years under Corbin and in 2014 won the College World Series and in 2015 was runner-up.

"He just said from how his coaches described me that I was tough and hard-working, that he was excited to have me," said Keegan.

Keegan said he owes a lot of thanks to a lot of people, including Bettencourt, Steve Lomasney (owner of Show Baseball in Lawrence) and his high school coach, Marc Pelletier.

"Coach P has a been a big influence in my career," said Keegan. "The fact that he believed in me as a freshman, to play on the varsity, really helped my development. He cares for his players and respects them.

Keegan got some other good news recently when he was named to the Perfect Game National Showcase game later this month, where he'll be competing with the best high school players in the country.

"It couldn't have happened any better," said Keegan. "It's amazing how it worked out."

Bill Burt is executive sports editor for CNHI Sports Boston. You can email him at bburt@eagletribune.com.

While Dominic Keegan has his sights on big-time college baseball in the Southeast Conference (SEC), with Vanderbilt University, he says there is still some unfinished business at Central Catholic.

The senior-to-be will not only play basketball — "I love playing hoops. It's a lot of fun," he said — but he would like to be part of an extra-special season at Central.

This past season Central played three games in the tournament pitting the top eight teams from Massachusetts, losing two and winning one.

"My goal is to get a Super 8 (championship) ring," he said. "Steve (Hajjar) and myself have talked about that a lot. The program took a step this year and we want to go further."