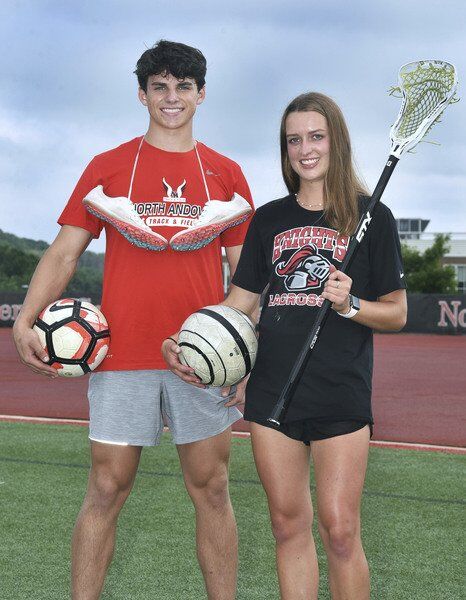 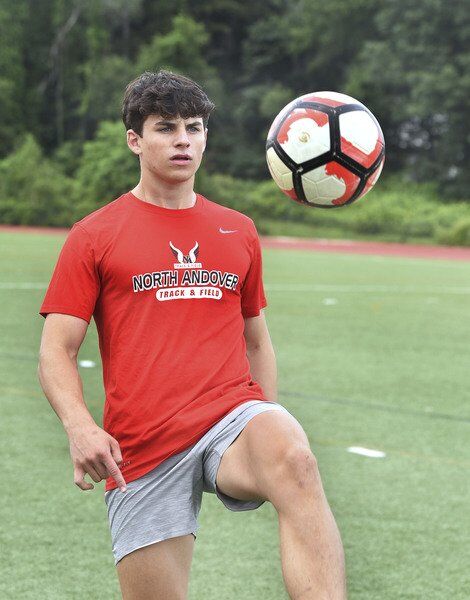 In fact, early in his North Andover High career, it could be pretty overwhelming.

“Early in high school, I found it extremely difficult to balance all the different parts of my life,” he said. “It was tough. But, as time passed, I forced myself to change my ways and became much more disciplined. Now, I love the year-round challenge of balancing academics, athletics and social aspects of my life while being expected to excel in each category.”

After outstanding seasons in soccer and indoor track and a championship season in outdoor track where he set a pair of individual school records, Martel is the Eagle-Tribune male Max Bishop Award winner, given to the area’s top three-sport athlete.

Martel becomes the seventh male from North Andover High to win the Bishop Award since it was established in 1954, and the third in five years, following Jake McElroy (2019) and Erick Duffy (2017).

“I take a lot of pride in standing out in both soccer and track,” said Martel, who is also a member of the National Honor Society. “It represents the years of hard work I’ve put in. There are too many instances to count where I had to give up the social aspects of high school for practices, games and tournaments, so it really feels good to know that I wasn’t wasting my time.”

In the fall, Martel was a quad-captain and the defensive backbone of a North Andover team that earned three shutouts and allowed just one goal on the way to a 4-0 record in the coronavirus-shortened season.

In Fall II, he led the Scarlet Knights indoor track team to a 5-0 record and the MVC Division 1 title. He went undefeated in the 55-meter dash, with an automatic-timed season-best of 6.62. He also earned three wins in the 300 (FAT-best 34.84) and was a member of the 4x400 relay that went unbeaten.

Finally, in the spring, Martel delivered a record-setting final statement.

Martel was also a major reason the Scarlet Knights won their fourth MSTCA Division 2 Relay title since 2013. He was a member of the winning 4x400, 4x100 and 4x200 relays.

“In track, I personally love competing in so many different events,” said Martel. “It gave me so many more opportunities to achieve personal bests. For outdoor track, every single meet the 400 and pole vault would overlap so we had to pick and choose which one I was going to do.

“I also had to find ways to balance all my events at practice without skipping out on crucial workouts. I didn’t do a good job my sophomore year, but I learned from my mistakes and did a much better job this season, which is a big reason why I saw much better success this season.”

What is his favorite track event?

“My favorite event is probably pole vault, with the 400 and 200 being very close,” he said. “Pole vault is a pretty unique event. I’ve come to love how difficult it is to do, and also the adrenaline I get while jumping. There’s a technical aspect involved. You can be the most gifted athlete out there, but you won’t be able to become a great vaulter if you don’t put the time in to develop your form.”

Next up, Martel will run track at Colby College (Maine). But he will miss his first love, soccer.

“Soccer has definitely always been a passion of mine and it was actually the first passion I can recall having as a kid,” he said. “I started playing when I was 5-years-old, and never looked back. It seemed to be the sport I excelled the most at from Day 1 of playing. I love that it requires a mix of speed, strength and agility balanced with the need to be a smart player.”