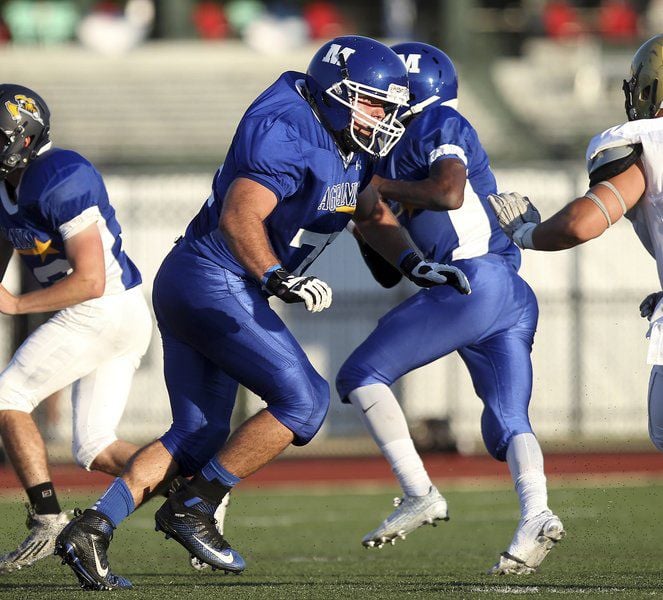 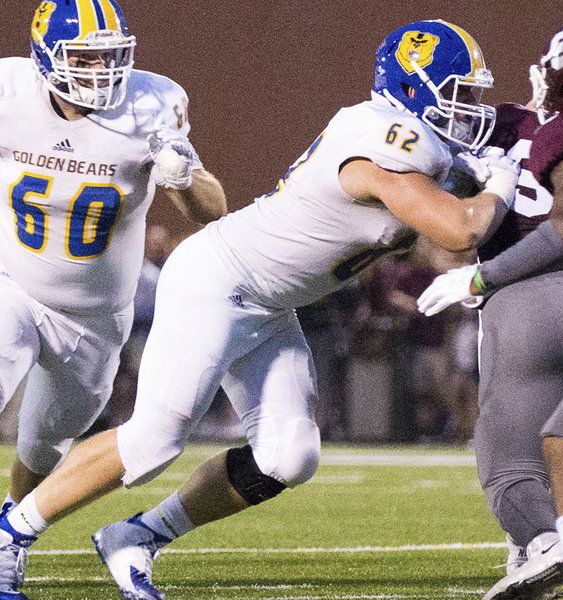 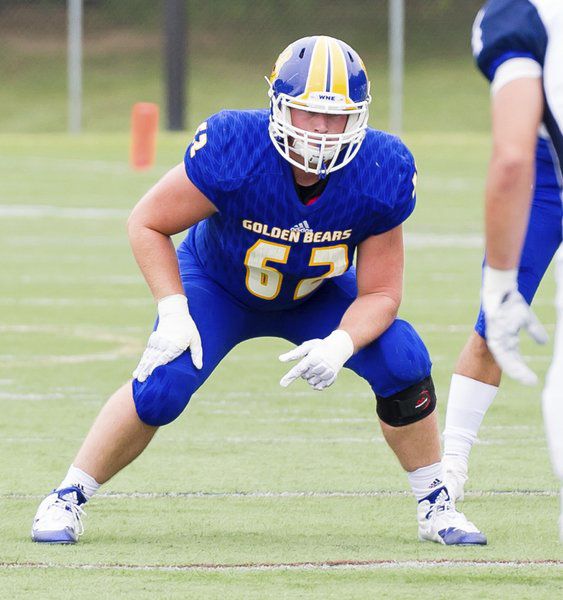 On the football field, Methuen’s Liam McDonnell is all about tenacity.

How does he handle the task? By dishing out the hits.

“Tenacity and how hard you’re willing to hit the player in front of you makes all the difference,” said McDonnell. “You have to be aggressive. Sometimes the bigger guys aren’t the toughest, so I hit them hard, and keep hitting the until the game ends.”

A former Methuen High standout, McDonnell is heading into his third season as a starting offensive lineman and second fall as a captain for the four-time league champion Western New England (Springfield, Mass.) football team.

“I have goosebumps I’m so excited for the start of football,” said McDonnell, whose Golden Bears open their season by hosting Springfield on Sept. 7.

“To be voted captain is such an honor. I was named a captain by the coaches last year, and that was great. But for my peers to think I deserved to be a captain, on the first season with voting, means so much.”

McDonnell first made a name for himself as a two-year starting offensive lineman for Methuen High (class of 2016), earning All-MVC honors as a senior.

“I loved playing at Methuen, with the guys I grew up with,” said McDonnell. “I played for coach (Tom) Ryan in his first three years at Methuen, and he has created a culture of winning.”

Once he arrived at Western New England, McDonnell’s versatility was put to the test as the Golden Bears set a school record for wins in a season (11-1) in 2016.

“As a freshman, I was the top backup at both tackle and guard spots and center,” he said. “I went from the power (rushing) offense at Methuen to WNE’s spread offense. I had so much I had to learn.”

Even after breaking into the starting lineup, McDonnell has often played the part of utility man for the Golden Bears. Each of the last two seasons, he has rotated between starting tackle and guard spots.

That kind of flexibility required a stellar knowledge of the playbook. Luckily, as a biomedical engineering major, intense study habits are a requirement for McDonnell.

“There are days I leave at 8 a.m. and get home around midnight,” he said. “I’m in the engineering lab or the library working all day long. My roommates ask me, ‘Where are you going all day?’

“I take pride in knowing the offense better than anyone. To be a lineman, you have to be smart. That’s why you see linemen go on to become doctors. You have to think about who to block and look at everything going on around you and make decisions.”

With McDonnell anchoring the line, Western New England has been a force, going 8-3 each of the last two seasons, winning two straight Commonwealth Coast Conference titles.

“I want to win a national championship,” he said. “Personally, I’d love to be All-League. But I would really love to win some playoff games. This football team has such a winning culture. We may not have the most talent, but we win because of our winning culture.”

Western New England football standout Liam McDonnell of Methuen isn’t the only member of his family starring for the Golden Bears.

Liam’s sister, Hailey McDonnell, is a junior outside hitter for the volleyball team. Like her brother, she is a biomedical engineering major.

While football is his focus these days, while at Methuen, Liam was also a top 285-pounder on the wrestling team.

“Sometimes the bigger guys aren’t the toughest, so I hit them hard, and keep hitting the until the game ends.”