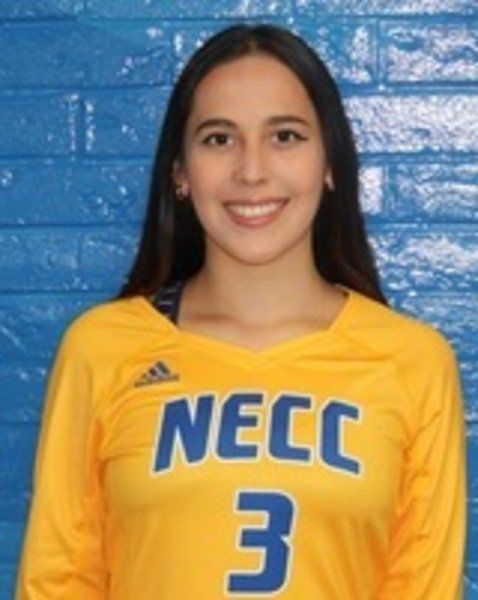 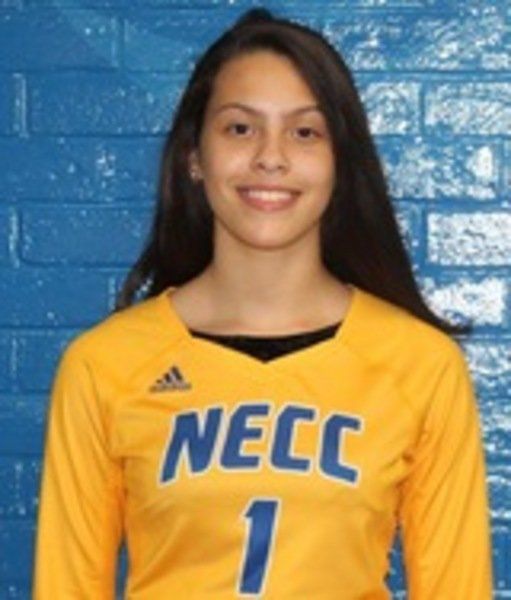 The previous record of awards in one year was eight, which was established each of the last two years. Student-athletes are eligible for the award if they successfully complete 24 or more credits in the academic year with a grade point average of 3.6 or higher.

“To achieve a school record number of All-Academic awards in a year when spring sports ended abruptly and students forced out of the classroom to the unknown world of remote learning, I’m beyond proud of what our student-athletes achieved in the classroom this year,” stated NECC athletic director Dan Blair. “And special congratulations to the volleyball team for their outstanding academic achievement as a team.”

The women’s volleyball team led the way with five honorees including three members of the team recognized as First Team All-Academic by way of achieving perfect 4.0 GPAs for the year.

Christine Ortega (Haverhill), Zaida Pimentel Gamboa (Rowley) and Tiary Gonzalez (Haverhill) had unblemished transcripts for the year. Ortega completed her degree requirements at the conclusion of the fall semester and moved on to Framingham State University while Gamboa was recognized as the female scholar-athlete of the year and Gonzalez will look to return for the upcoming season in the fall.

Nevaeh Pitcher (Haverhill/Whittier) was named to the Second Team All-Academic with her 3.8 GPA for the year and Miange DeLeon (Byfield) was recognized on the third team with a 3.6 GPA.

As a program, the women’s volleyball team earned a 3.54 GPA for the academic year and received recognition with an NJCAA Academic Team Award as it' ranked 21st in all of NJCAA Volleyball among team GPA’s. A total of 146 NJCAA volleyball teams had GPA’s of 3.0 or higher.

The Knights baseball team, which had its season cut short after just two games due to COVID-19, had four members of the team receive the recognition for work in the classroom with a Second Team selection in Brennan Chisholm who posted a 3.84 GPA.

Stellato, the male scholar athlete of the year, will continue his studies and baseball career at Bryant University, while Mejia will do the same at the University of Maine. With all spring athletes being granted an additional year of eligibility, Duval is scheduled to return to the field for the Knights in the 2021 season.

Rounding out the All-Academic selections for Knights were a pair of Third Team selections in MaKayla Bare (Methuen) of the softball team and Tim Dodier (Hampstead, NH/Salem) of the men’s basketball team who posted 3.71 and 3.62 GPAs respectively.