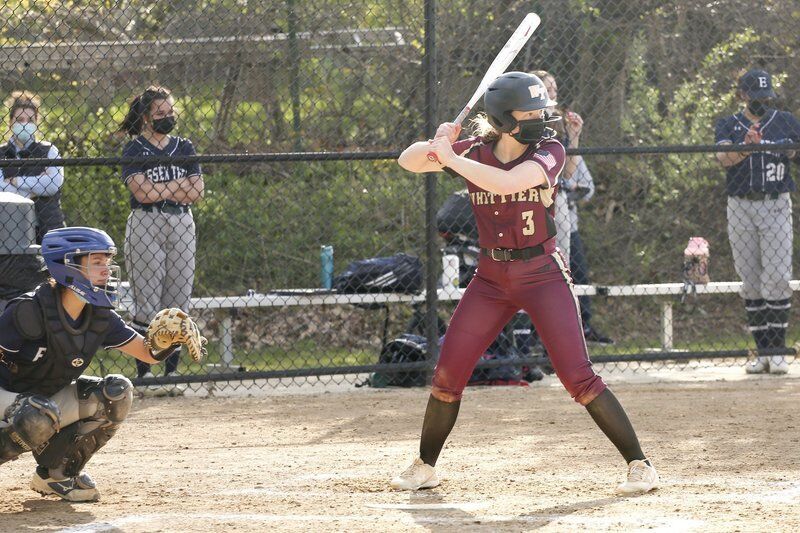 Courtesy photoAlyssa Michel at bat for Whittier Tech. A three-sport athlete, she is batting over .500 this year. 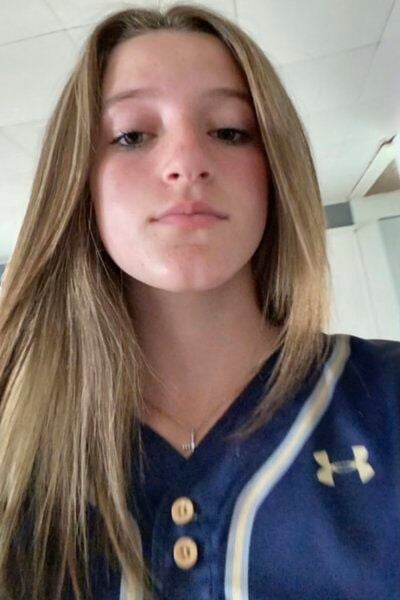 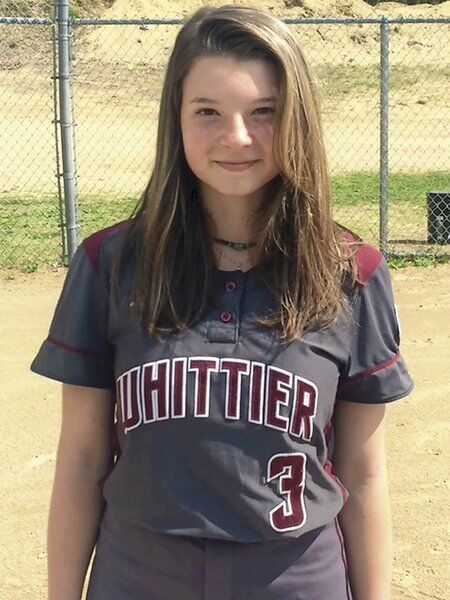 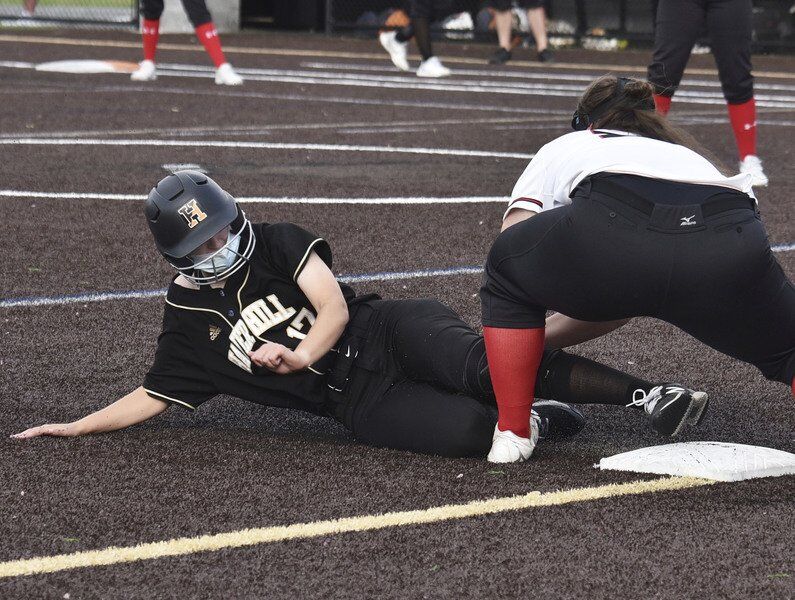 CARL RUSSO/staff photoHaverhill's Shelby Eason is safe sliding into third base as North Andover's Chloe Marconi makes the tag in a game earlier in the season. Haverhill won, 7-3, but both teams have been hot recently.

Courtesy photoAlyssa Michel at bat for Whittier Tech. A three-sport athlete, she is batting over .500 this year.

CARL RUSSO/staff photoHaverhill's Shelby Eason is safe sliding into third base as North Andover's Chloe Marconi makes the tag in a game earlier in the season. Haverhill won, 7-3, but both teams have been hot recently.

When Alyssa Michel puts her mind to something, there’s little that stops her.

The Whittier Tech senior from Haverhill, a starter at third base since her freshman year, had one goal in mind when she hit the diamond this spring after losing her junior year to the COVID pandemic.

“I just wanted to hit the ball really well,” said Michel. “That was my main focus going into the season.”

Well, that goal was reached quickly. In her first three games, Michel was a sizzling 10 of 13. She hit her first home run in her fifth game, after which she was hitting a robust .666.

“Alyssa has been amazing,” said Whittier coach Cheryl Begin. “She does so much for us offensively and defensively.”

Despite hitting an impressive .405 as a sophomore, Michel has been a bit overlooked on the Wildcats, what with Nicole Verrette dominating as a pitcher her first two years and teammate and shortstop Alicia Habib grabbing headlines for her defense and offense (.444 as a sophomore, led region in RBIs).

But Michel should be linked with Habib. They form one of the strongest left sides of the infield in recent years, they’re both productive and they work well together. They complement each other like peas and carrots.

“I’ve played with Ali (Habib) a long time,” said Michel. “We played in the Haverhill Girls Softball League and we played summer ball together.

“We know each other. She has great range at shortstop. If it’s in the hole, I know she has my back.”

In reality, Habib, a two-time Eagle-Tribune All-Star who will play softball at Assumption College next year, probably deserves top billing on the Wildcats, but not by much. And Michel has her beat in the classroom.

Sporting a gaudy 4.45 GPA, Michel is ranked second in her class. She’s been No. 2 since her freshman year.

“I definitely have wanted to be No. 1, but I can’t seem to get there,” said Michel, who also played volleyball and basketball for the Wildcats.

Nevertheless, Michel will head to Northeastern next year to study chemical engineering. She settled on Northeastern over second choice UMass Lowell, St. Anselm and Merrimack even though the Huskies don’t offer varsity softball.

“It was a tough decision but I had to put education over sports,” said Michel. “I’ll probably try to play club softball.”

For now, Michel will just focus on getting more hits and hitting the books. She’s certainly shown that she excels at both.

After a string of great seasons, Sanborn took a dip the last couple of years, but the Indians appear to be on the way back to prominence.

Although Sanborn ended its season at 5-8, it was highly competitive, dropping four one-run games despite fielding a very young team. And the future looks extremely bright.

Sanborn returns eight starters next year, all of whom are freshmen or sophomores.

Hats off to MVC teams North Andover and Haverhill, both of which have turned their seasons around after rough starts.

Haverhill, which struggled to score runs early, has won four of five and is now 5-5 overall with Lawrence on tap today while North Andover has won five of six with an impressive sweep of Andover last week to improve to 6-5.

For Haverhill, which has gotten superb pitching all year from Sicily DeDomenico (2.17 ERA, 87 strikeouts in 58 innings), Jamieson Pearl has gotten hot and is hitting .433, Livvy DeCicco is at .364 and steady centerfielder Shelby Eason is hitting .300. Jalyn Pearl is close behind at .286.

“Our team chemistry has improved,” said coach Kara Melillo. “We had a solid core of returning varsity players but also a lot of players who had never played varsity before. They are now playing with much more confidence.”

As for North Andover, junior Maria Mangiameli is hitting .405, Julianna Roche is at .353 and Josilin Gove is hitting .303.

The Knights’ pitching, meanwhile, has been steady with Gove and Brigid Gaffny combining for a 2.05 ERA.

North Andover’s sweep of Andover was impressive because the Warriors had looked great with a 6-3 record behind the pitching of Jackie Giordano and clutch hitting from the likes of sophomore Katie O’Brien, who was hitting .529 after nine games, Paige Gillette and Molly Duval.

Other sports — Volleyball, basketball, played one year of hockey