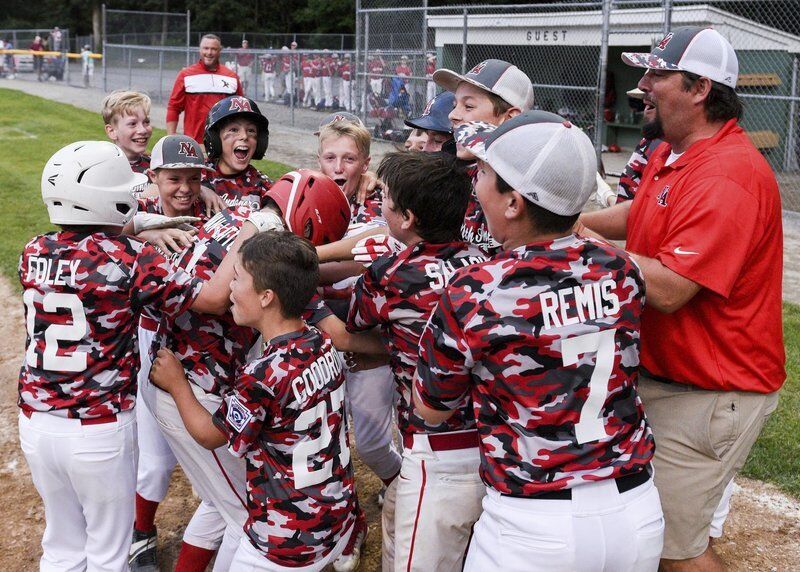 Ben Sullivan-Lattuga (11) is greeted by his North Andover teammates at home plate after hitting a walk-off grand slam to beat Danvers American, 13-12, the bottom of the eighth inning. JAIME CAMPOS/Staff photo 7/22/2021 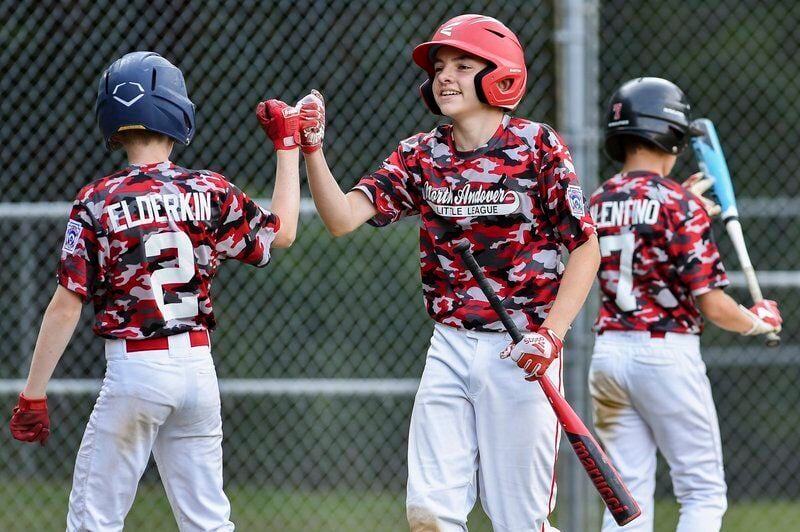 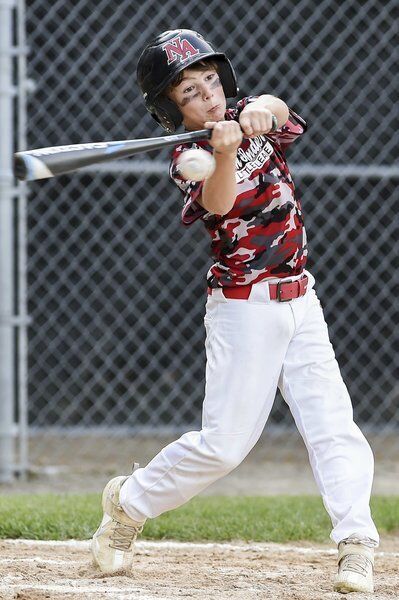 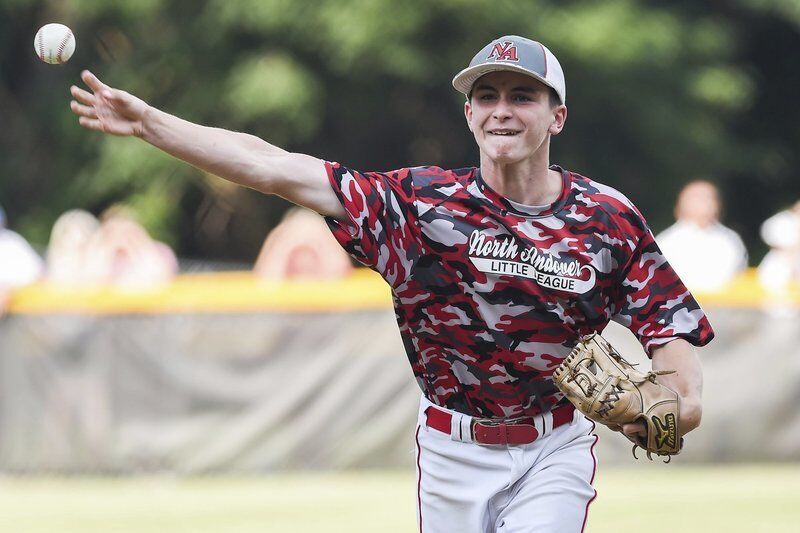 Ben Sullivan-Lattuga (11) is greeted by his North Andover teammates at home plate after hitting a walk-off grand slam to beat Danvers American, 13-12, the bottom of the eighth inning. JAIME CAMPOS/Staff photo 7/22/2021

BEVERLY —It has come down to this: If North Andover Little League beats Reading tonight (5:30 p.m., Harry Ball Field in Beverly), it is in the Section 4 championship game on Saturday.

That little fact is among the twists and turns his North Andover team has faced, including a walk-off grand slam by Ben Sullivan-Lattuga to keep the local team's hopes alive with a 13-12 win.

The twists and turns have been part of the first two days for North Andover, which saw a 6-1 lead in the last inning against Peabody West turn into an extra-innings loss on opening night on Wednesday.

It took eight innings last night to pull off the incredible win, which North Andover led 7-0 at one point.

“Ben Sullivan-Lattuga; he’s the man,” said North Andover manager Brendan Salach. “I guess we like making it very interesting, and squandered that 7-0 lead, but fortunately were able to pull it out.”

A new rule put in a year ago calls for a runner to start at second base in every extra inning starting with the eighth inning.

In the top of the inning Danvers capitalized on the new format and scored four runs to take a 12-8 lead. A combination of walks, an error, and two run bloop single to Colby Medeiros did the damage.

North Andover took advantage of a throwing error on Charlie Grasso’s ground ball to plate Austin Allen, who had started the inning on second base.

Reliever Chase Horenstein walked Dunny Murphy and Trey Martin was intentionally put on to load the bases for Sullivan-Lattuga, who delivered the big blow over the centerfield fence, and his teammates swarmed him at the plate.

“Nobody deserved to lose this one,” said Danvers manager Mark O’Brien. “That’s as good a 12-year old game as you’ll see. I’m proud of this team and how they battle.

“It’s disappointing, but we’ll bounce back. We’re looking forward to coming back tomorrow (vs. Peabody West at 7:30 p.m.). “This was just a phenomenal game, but even when we went up by four I wasn’t comfortable because that team can hit.”

North Andover jumped to its 7-0 lead sending 11 to the plate, stringing five hits together.

North Andover starter Trey Martin didn’t allow a hit in his three-inning stint. He was followed by Will Remis and Christian Valentino. Parent drove in four runs, Medeiros had three hits and Owen Swanton came through with an RBI single.

The District 14 champs were led by Martin and Sullivan-Lattuga with three hits, Dunny Murphy with a two-run homer. Jake Gallant also had an RBI single while Valentino doubled.

“We moved Murphy up in the lineup because Peabody had intentionally walked him twice,” said Salach. “We wanted to give him an extra at bat. Valentino hadn’t pitched in a long time, but I can’t say enough about the job he did holding us in it for two innings.”