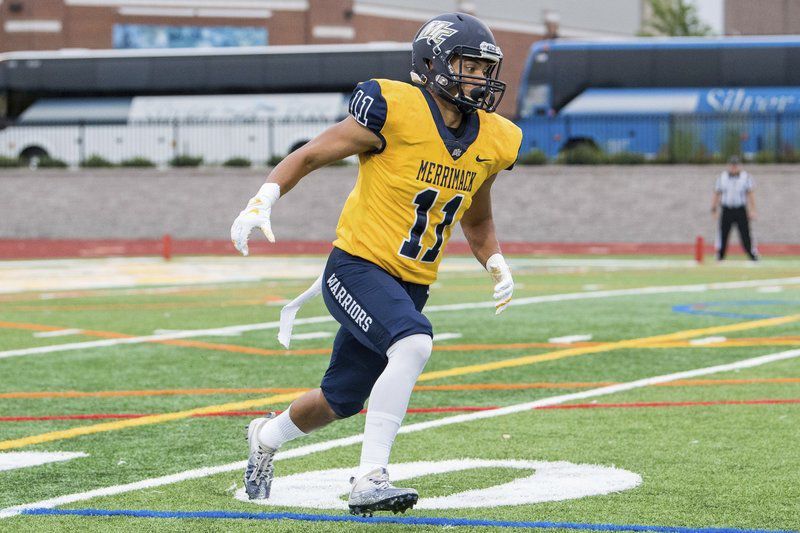 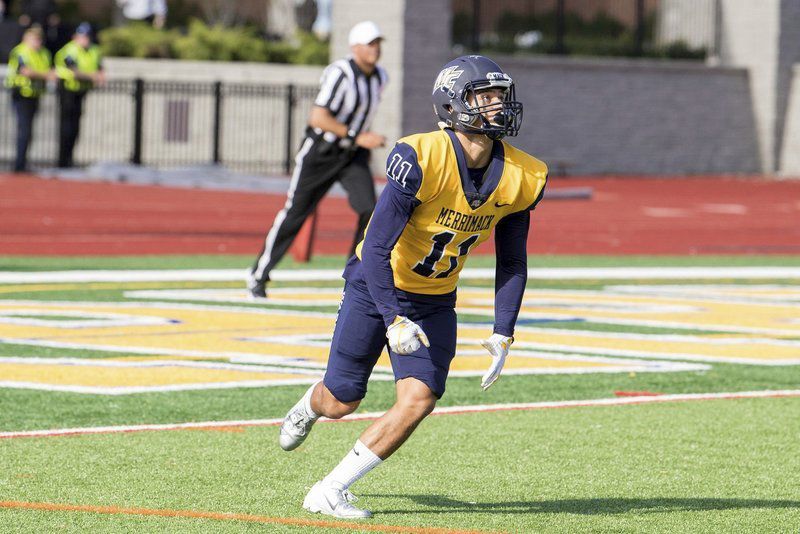 Photo by Jim StankiewiczIf he can stay healthy, Merrimack College's Bubba Shkliew of North Andover should be the team's top kickoff return man. 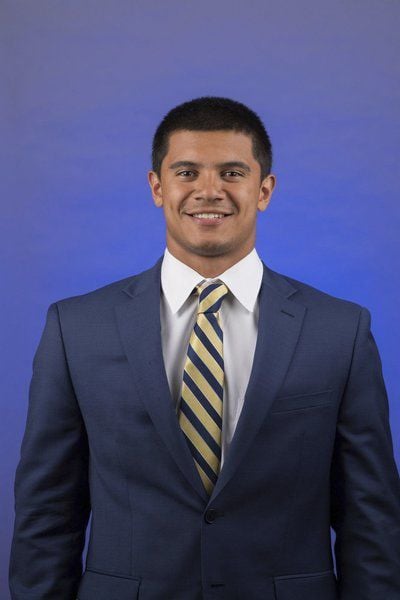 Photo by Jim StankiewiczIf he can stay healthy, Merrimack College's Bubba Shkliew of North Andover should be the team's top kickoff return man.

Bubba Shkliew has his fingers crossed, and so does Merrimack College football coach Dan Curran.

Both are hoping that Shkliew, a former North Andover standout as a receiver and kick returner, can finally stay healthy for a full season. If he does, it could be a productive season for Shkliew and, by extension, the Warriors.

Currently a junior eligibility wise, the speedy 5-foot-7, 175-pound Shkliew has had a discouraging career since leaving North Andover in 2014. It started fine when he took a prep year at Bridgton Academy in Maine but, when he decided to follow with a year at a junior college to improve his academic standing, his health began heading in the wrong direction.

After accepting a scholarship at Pima Community College in Tucson, Ariz., Shkliew tore his hamstring in the summer while working out and missed the entire season. Feeling down and not particularly happy with life at Pima, Shkliew decided to transfer to Merrimack, which had been recruiting him out of high school.

With his hamstring injury healed, Shkliew was excited by the opportunity for a fresh start at Merrimack. Unfortunately, he really only got a start to the season. While returning a kickoff in the first game against Stonehill, he broke his leg and missed the rest of the season.

Following some serious rehab, which included a ton of work in the weight room, Shkliew was ready to go last fall. A backup receiver, he became a starting kickoff return man and returned 11 kickoffs in five games. Unfortunately, he reinjured his hamstring in the sixth game and missed the rest of the season.

While working his way back to top condition, Shkliew strained the same hamstring July 15 and reported to camp Aug. 4 not quite ready to participate in preseason workouts.

“I don’t know what it is,” said Shkliew. “I was never injured in high school and now it’s one thing after another.”

But then came Wednesday and he took part in testing to evaluate if he was recovered enough to engage in all drills and workouts. He passed with flying colors.

“I’m good to go and feel ready to do anything,” said Shkliew, who thinks it will be “a cool experience” for Merrimack to be playing Division 1 this year. “I’m excited to get out there.”

That’s good news for Merrimack head coach Dan Curran, who has been following Shkliew since his days at North Andover.

“Bubba has a lot of talent and, if he’s healthy, he can be our No. 1 (kickoff) guy and he can help us as a slot receiver, too,” said Curran. “He’s been stuck behind (graduated former Central Catholic star) Cody Demers but I know he can do the job.

“I just hope for his sake and our sake, he can stay healthy. That’s the big thing.”

Shkliew, of course, is hoping for the same thing but he has no specific goals for the season other than “to contribute to the team in any way I can.”

A communications major, Shkliew will graduate this year, but he would be eligible to play next year should he decide to take graduate courses. That is something he will not make a decision on for awhile and it very well may hinge on what has become uppermost among his priorities.

“I’d like to play next year but it will depend on my health,” he said.

Even if healthy, Bubba Shkliew would not have started as a slot receiver for Merrimack the last two years, given that he was behind former Central Catholic star Cody Demers, who caught 67 passes for 923 yards and 8 TDs last year and was an all-league selection. But Shkliew was happy to learn from Demers.

“He taught me a lot but the biggest thing was his work ethic,” said Shkliew. “I would be out here on the field with him at 6:30 in the morning and he would really go after it.”