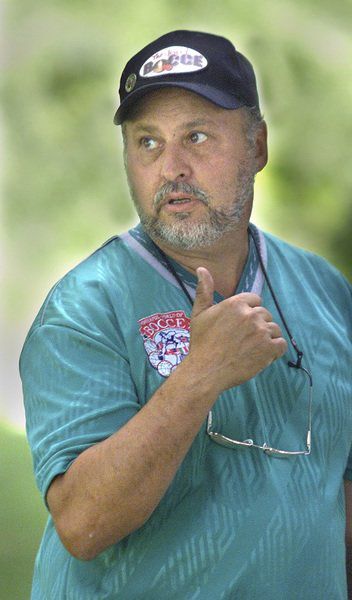 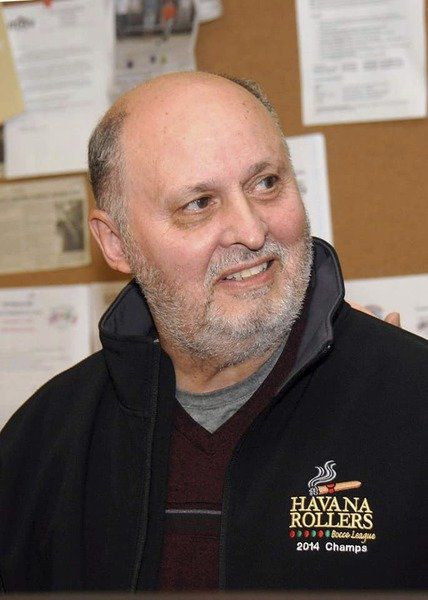 Courtesy PhotoMario Pagnoni was as devoted a teacher as he was a bocce player. 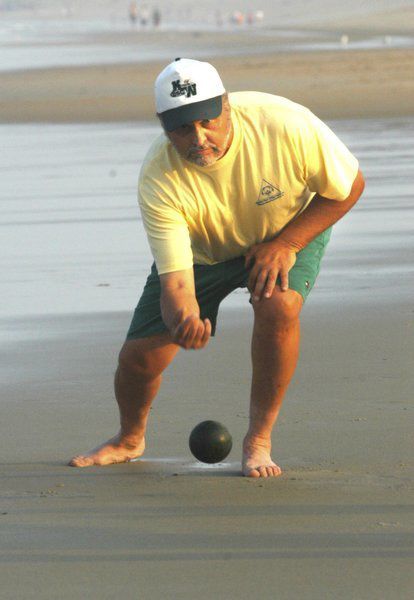 JIM VAIKNORAS/Staff PhotoWhether it was on Salisbury Beach or in his backyard, Mario Pagnoni was always playing bocce. 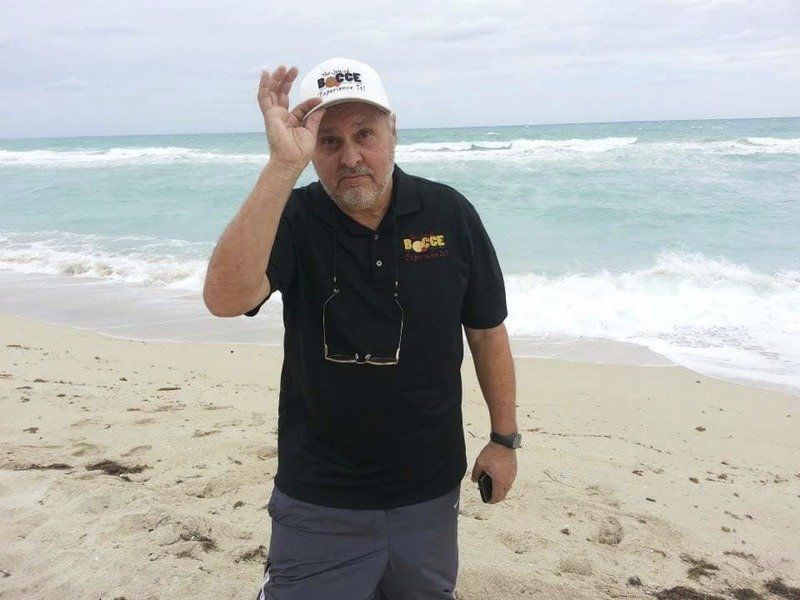 Courtesy PhotoMario Pagnoni was loved by all, and leaves behind a bocce legacy that is unparalleled.

Courtesy PhotoMario Pagnoni was as devoted a teacher as he was a bocce player.

JIM VAIKNORAS/Staff PhotoWhether it was on Salisbury Beach or in his backyard, Mario Pagnoni was always playing bocce.

Courtesy PhotoMario Pagnoni was loved by all, and leaves behind a bocce legacy that is unparalleled.

Methuen’s Mario Pagnoni was a teacher, mentor, coach, umpire, author, event organizer and — above all else — a lover of bocce.

But his friends will point out another hidden talent: Singer.

Well, they might put air-quotes around the word ‘talent.’ But whenever Pagnoni stepped on a bocce court, it was always the same old song and dance.

“Every time he would sing ‘Oh, What a Night,’” laughed longtime friend Ralph Bagarella of Salem, who proceeded to belt out a couple of bars of The Four Seasons’ hit song himself.

“Do you know that song? He used to always sing that when we were playing bocce. He was just a very happy, go-lucky guy.”

Pagnoni, 70, passed away on Aug. 6, surrounded by his loving family and friends, due to complications from dementia. He had been dealing with the illness for the past five years.

Many lost a friend. Methuen lost a beloved member of its community. Bocce lost a legend.

“Mario was truly an inspiration to me and so many others,” said good friend, teammate and fellow bocce connoisseur Joe Quartarone. “He was absolutely one of the kindest and most gentle people I’ve ever known.”

Those who knew him said Pagnoni always had time for everyone. If you ever needed help, call Mario.

If you ever wanted to get a game of bocce going, just head on over and meet him at the court he built in his backyard.

“He was very generous with his time for people who needed it,” said Quartarone.

His actions spoke for themselves.

He started and ran the Ken Waldie Senior Sports Circuit for over a decade. If there was a local bocce clinic or fundraiser at the Sons of Italy in Methuen, you could bet Pagnoni was running it. One of his more notable fundraisers was for Methuen children at the Nevins Library.

But both Bagarella and Quartarone tell of a fundraiser where he raised over $35,000 for a young local boy who needed a stem cell transplant.

There was only one problem: The procedure had to be done in Germany.

“He found out that little boy needed that stem cell procedure and they couldn’t do it locally,” said Bagarella. “Mario said that we were going to raise this money to get that kid to Germany.

“That really stuck in my mind, how he stepped up for that boy.”

He also raised $60,000 for Alzheimer's research and another $10,000 over five years for Methuen baseball.

Pagnoni loved to teach, whether it was on a bocce court, on a baseball field or in a classroom.

He was a devoted science/computers teacher in the Methuen Public School System for 32 years. Everyone loved Mr. Pagnoni.

Next to the bocce court in his backyard sits an observatory, which he also built. Kids from class always came by to look at the heavens through his telescope, and Carmela made sure everyone had a cup of hot chocolate.

“He was so inclusive,” said Quartarone. “He wanted to always include people, no matter if they were good at bocce or not. Everyone was always welcome to play. To him, it was like no big deal, we’ll just teach people how to play.”

Pagnoni coached JV and varsity baseball at Methuen, and also was a youth basketball referee for 35 years. He was a softball Umpire-In-Chief and assigner for the Eastern Massachusetts region for 45 years, and ran softball clinics and the ASA umpire exams every year as well.

“I played baseball for him and my junior and senior year I also had him for a teacher,” said Methuen AD Matt Curran. “He was a great guy. Looking back, he was ahead of his time with numbers and stats. He taught us a lot about being good players, but better students and community members. It’s a big loss for the community.”

Basically, there was never a moment when Pagnoni was taking a break.

“He was just a really great guy,” said Bagarella. “He was always trying to help people out.”

Saying that Pagnoni was an international bocce superstar is not an overstatement.

As Quartarone said in a story back in 2011: “He’s known as ‘The Bocce Guy’ around the country and really around the world. When you’re with Mario at a tournament, you understand how important he is for the sport. Everybody knows him.”

Pagnoni traveled the world to play in tournaments, and competed at the highest level.

Although, as he famously joked in that same 2011 story: “I stink. When I go to these tournaments I go to have fun. Sometimes, if I’m lucky, I can steal a game or two. I go because I love bocce.”

Pagnoni authored several books, most notably “The Joy of Bocce” — which is now in its fifth edition. He published the highly successful “Joy of Bocce” weekly newsletter for 12 years to over 10,000 subscribers.

He is known for turning Methuen into the mecca for bocce on the East Coast along with Bagarella and Quartarone.

Last September, he was chosen for the U.S. Bocce Federation Wall of Fame. According to Quartarone, he is the first unanimous selection in 40 years.

“It only took a minute,” said Quartarone. “We just went around the room and everyone voted yes.”

Peter Di Turi commented: “Oh my. I am truly saddened. Mario and I spoke many times and I interviewed him on a live broadcast when he came out to the Pacific Northwest. What a wonderful man, and he was the Joy of Bocce indeed. Thank you for your contributions and RIP Mario.”

Paul DiCicco said: “Mario Pagnoni: Wonderful person, innovator, story-teller, and my friend. I had the pleasure of meeting and speaking with Mario many years ago and on many occasions. He helped put our tournament, Cleveland Challenge Cup of Bocce, on the national map... A great professional, he will be truly missed by the whole bocce community.”