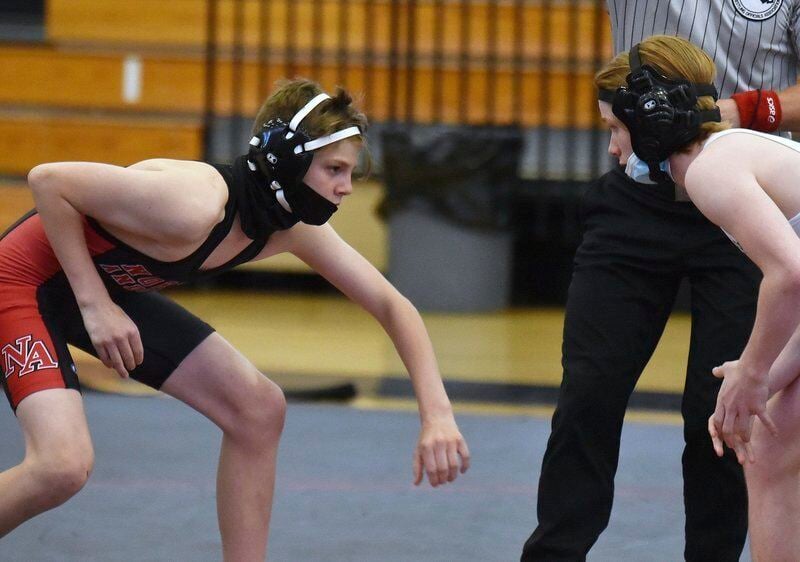 CARL RUSSO/staff photoNorth Andover freshman Kyle Rhoton, left, may ultimately be the most successful of the Rhoton brothers. 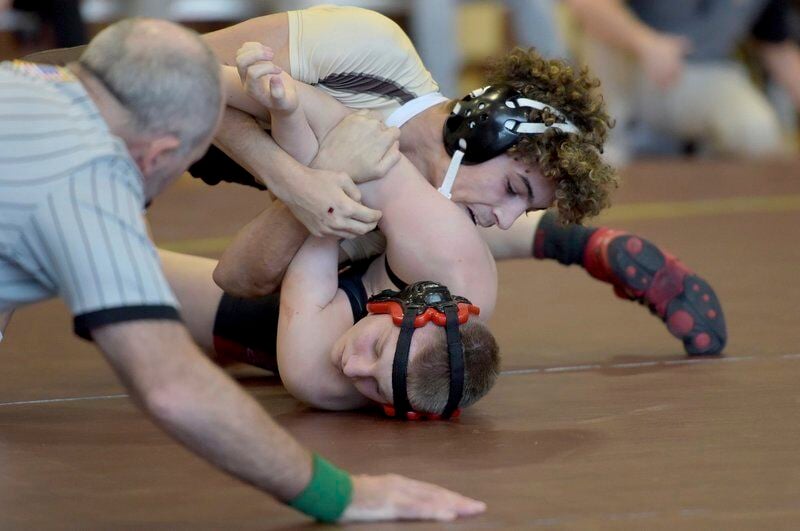 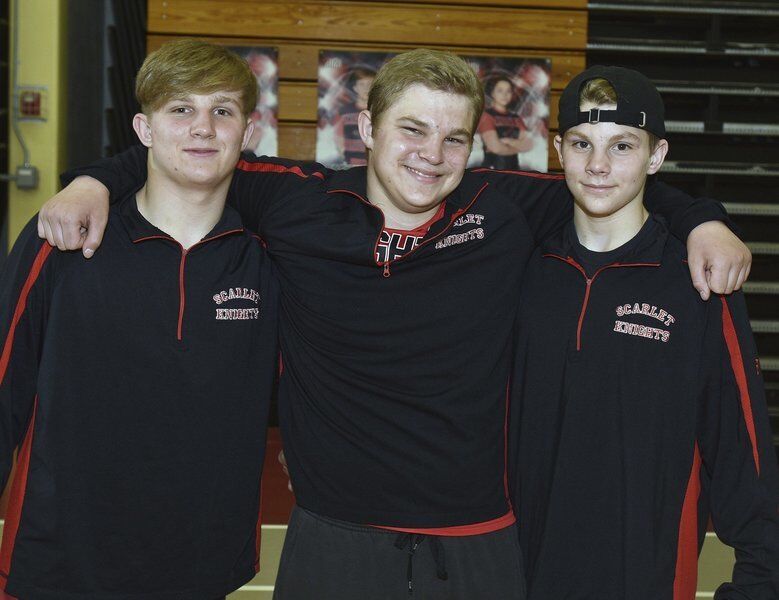 CARL RUSSO/staff photoNorth Andover freshman Kyle Rhoton, left, may ultimately be the most successful of the Rhoton brothers.

Time is running out for the Rhoton brothers of North Andover.

There are only three wrestling meets left and, because of a shoulder injury to Kaleb, a sophomore, they have yet to all be together on the mat for competition. Kaleb did score points last week against Dracut but it was as a forfeit.

Kris Rhoton, a four-year varsity wrestler who began as a 106-pounder, is a starter at 152 and owns a 3-3 record while younger brother Kyle Rhoton is a promising 113-pounder who is 6-2 on the varsity and also 4-0 in JV matches.

But Kaleb, who wrestled at 145 and 152 last year, has been forced to watch as he rehabs from a shoulder injury suffered last October while training at Smitty’s Barn in Kingston.

“It’s very disappointing because wrestling is what I love to do,” said Kaleb, who recently got cleared to wrestle but must now get in good shape and find the proper weight class before returning to top form.

“My goal is to get back on the mat and wrestle in one meet with Kris. To me, right now, that’s more important than winning a sectional title.”

Both of the younger Rhoton brothers look up to Kris and everything he has accomplished in wrestling, but they also take satisfaction in his approach to wrestling as well.

That’s because they took to wrestling before him, when they were in the third grade, and urged Kris to give it a try. He didn’t take to the mat until he was in the eighth grade, however.

“I thought he’d be good at it, so we encouraged him,” said Kyle.

Kris, who had been spending time in other sports, like soccer, football, basketball and baseball as well as participating in the band, finally agreed.

“I was trying to find the best sport for me and I didn’t think it’d be wrestling,” said Kris. “I wasn’t sure about it but once I tried it, it wasn’t that bad. And then I started to like it.”

And now, with his career on the mat about over, Kris reflects on what the sport has meant to him, perhaps with gratitude to his brothers for introducing him to it.

“Wrestling has taught me a lot, not to be wimpy, to be mentally tough, how to rely on people and to be a good teammate,” said Kris. “It’ll be sad when it’s over although I’ll be happy about not cutting any weight.”

Understandably, with three brothers on the team, they occasionally tangle with each other at home, either to go over moves or just expend some energy. It makes you wonder who comes out the best and who is the best wrestler in the family.

“I’m usually the winner but Kyle is doing really well because he has so much experience,” claims Kris.

For his part, Kyle thinks he may be the best wrestler in the family “because of my experience — I’ve never missed a practice.”

“I think the youngest (Kyle) will probably end up being the best out of all of them, mostly because he has had the benefit of being influenced by his older brothers,” said Coughlin.

“He’s had the chance to see his older brothers compete and has been around it longer. Kris and Kaleb have been great role models for everyone and will be especially for Kyle.”

From attending North Andover meets as a middle schooler, Kyle was eager to join the high school team and he was optimistic that he’d enjoy success. “I saw an opportunity to help the team,” he said.

But, regardless of his record, that was not the main source of anxious anticipation for him.

“This year is really special for me because it’s the only year we’ll all be on the same team,” said Kyle. “I love being on the team with my brothers.”

Now, with only three scheduled meets left, if Kaleb can just get back on the mat for active competition, it’ll just about be perfect.

Although they were never on varsity at the same time, the following North Andover brother combinations came close.