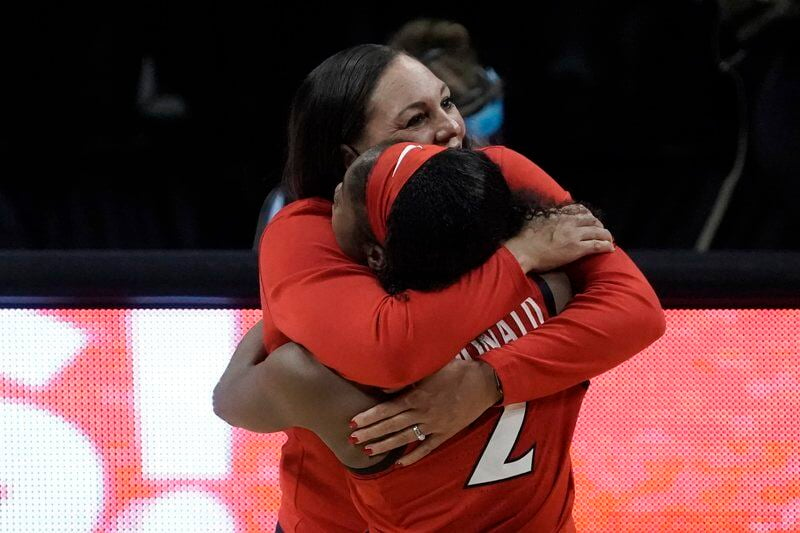 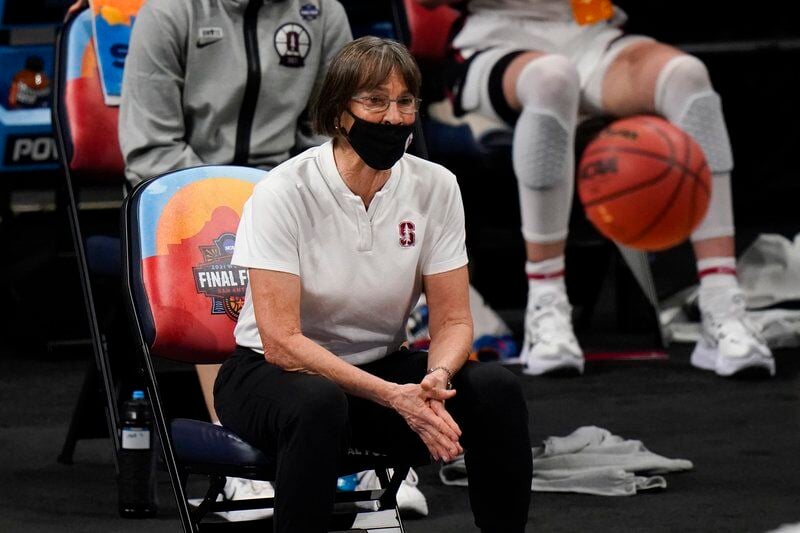 AP Photo/Eric GayStanford head coach Tara VanDerveer watches from the bench during the first half of Friday's semifinal game against South Carolina.

AP Photo/Eric GayStanford head coach Tara VanDerveer watches from the bench during the first half of Friday's semifinal game against South Carolina.

SAN ANTONIO (AP) — The last time that Tara VanDerveer and Stanford were playing for a national championship, the Pac-12 had just 10 schools and the Cardinal were the standard bearer for the conference.

Now 11 years later, the Pac-12 is on top of the women's basketball world with the Cardinal facing Arizona on Sunday night for the title. The conference is guaranteed its first champion since the Hall of Fame coach and the Cardinal won their last title in 1992.

“I’m really proud of the Pac-12 to have two teams in the national championship game," VanDerveer said. "You know, this is not something that a lot of people could have imagined ... 10 years ago, 15 years ago, 20 years ago. And it’s really, really exciting.”

Stanford was last in the title game in 2010, losing to UConn in the Alamodome — the same building the Cardinal will be playing in on Sunday night. The conference became the Pac-12 a year later after expansion. The league has had six different schools in the Final Four since 2013, but none reached the title game until Friday night when both Stanford and Arizona advanced.

“In the Pac-12 we’ve been saying all along we have the best teams in the country and to have two Pac-12 teams speaks for itself,” Arizona coach Adia Barnes said. “Stanford won the Pac-12 championship and we were second. Both of us in the Final Four and championship game, it means a lot for our conference."

To get to Sunday night’s game the Cardinal held on to beat South Carolina 66-65 on a basket by Haley Jones with 32 seconds left Friday night. After Jones' shot but the Cardinal up, Stanford survived two last-second misses by the Gamecocks.

McDonald has been a huge reason why. The 5-foot-6 guard, who is lightning quick, is one of the rare two-way players in the game who can impact contests on both ends of the court.

Sunday night's game will pit two teams from west of the Mississippi against each other for the first time since 1986.

A few tidbits to look for in Sunday's women's title game:

Arizona lost twice to Stanford during the regular season, but both teams are much improved from their last meeting on Feb. 22 which the Cardinal won 62-48.

“What’s on our side is it's hard to beat a team three times in a season,” Barnes said. “We’re a lot better and so is Stanford. Speaking about us, we’re shooting the ball better, defending better and playing better basketball than when we played them.”

“It just means the world. I think I represent a lot of different things, but representation matters, opportunities matter. When we’re given opportunity, we can flourish,” Barnes said.

Only 13 Black women were head coaches at Power Five programs this season. Barnes said there is a perception that female Black coaches are just recruiters since a majority of their players are Black.