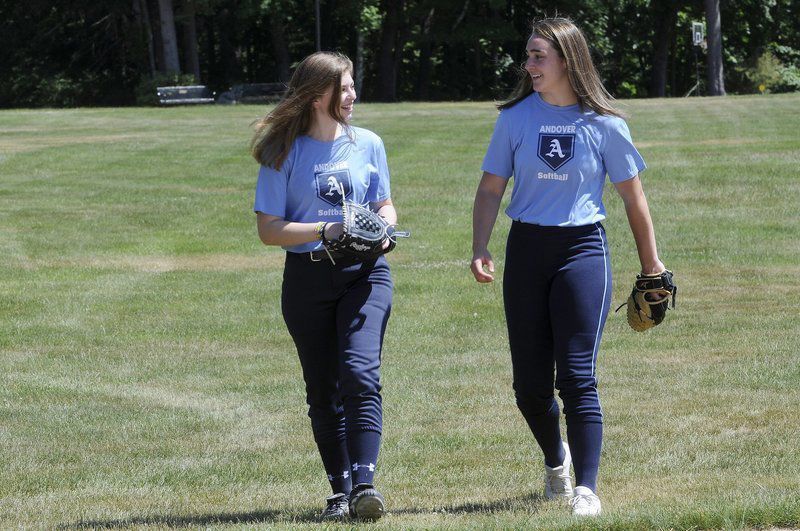 TIM JEAN/Staff photoFreshman pitchers from Andover Lauren Mahoney, left, and Fallon O'Connor were finally going to be teammates this spring, at Phillips Academy, until the coronavirus interferred. 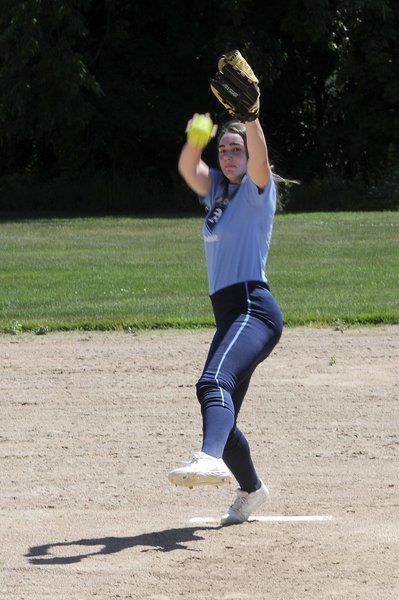 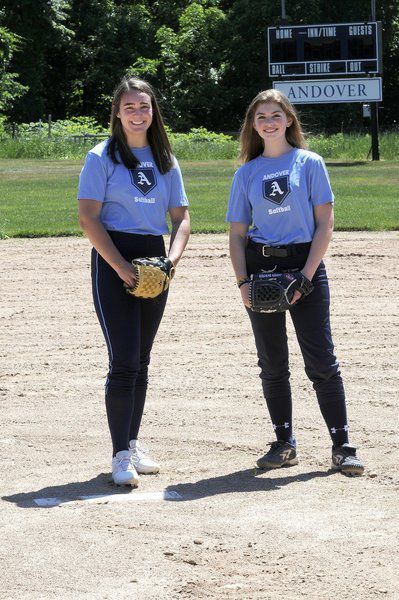 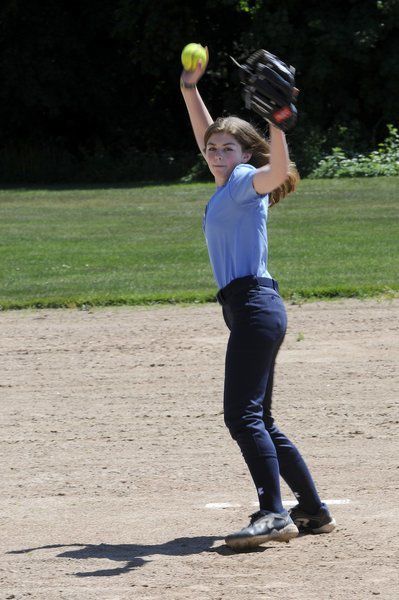 TIM JEAN/Staff photoFreshman pitcher from Andover Lauren Mahoney delivers a pitch. She has plenty of spin on the ball and was a standout for the Hurricanes last summer.

TIM JEAN/Staff photoFreshman pitchers from Andover Lauren Mahoney, left, and Fallon O'Connor were finally going to be teammates this spring, at Phillips Academy, until the coronavirus interferred.

TIM JEAN/Staff photoFreshman pitcher from Andover Lauren Mahoney delivers a pitch. She has plenty of spin on the ball and was a standout for the Hurricanes last summer.

Although Phillips Academy freshman pitchers Fallon O’Connor and Lauren Mahoney are both from Andover, and in the same grade, they had never played on the same softball team.

And, because of the coronavirus pandemic, they still haven’t.

Yet, O’Connor and Mahoney were very familiar with the other, having played against each other on AAU summer travel teams.

“We pitched against each other last year,” said O’Connor. “My team (East Coast Firecrackers) won the game and I got a hit off her.”

Mahoney, who played for the Hurricanes out of Salisbury, remembers the game even more, and not in a good way.

That was an accomplishment because, besides being a pitcher, Mahoney is a strong hitter. She batted cleanup for the Hurricanes, batted well over .300 and led the team in RBIs, playing first base when not pitching.

Similarly, O’Connor also plays first base when not hurling and swings a mean bat, hitting .398 last year for the Firecrackers. It’s a skill she takes pride in.

Still, both O’Connor and Mahoney consider themselves primarily as pitchers.

“If I could, I would pitch every game,” said Mahoney. “It all starts in the circle.”

Mahoney probably won’t ever pitch every game for Phillips, not with O’Connor around. And, if there had been a season this year, they would have shared time in the circle with senior Emma Slibeck.

“We all have our strengths,” said Mahoney. “Emma had the experience and might have been the fastest. I use the fastball to set up the batter and then use a spin pitch and Fallon likes the fastball and then get you with her drop pitch.”

Both of the freshmen were fine with sharing time in the circle this year, hoping to play in the field when not pitching, and they had prepared for their first high school season with due diligence.

In addition to regular winter workouts and running indoor track, O’Connor pitched in her basement, where she has a net, and took pitching lessons from former UConn great Megan Biddle. Mahoney feels like, in addition to pitching workouts, she used a strength and conditioning course to her benefit.

“I feel like I definitely got stronger, which will help my hitting and my pitching,” she said.

Both freshmen came with strong resumes. O’Connor was the top pitcher for the Firecrackers last summer, posting a 2.68 ERA. Mahoney led the Hurricanes in victories and had a strong late-season performance for the MXB Bears in a tournament in Lowell, going 2-0 with 10 strikeouts in nine innings.

“We were excited about both of them,” said Phillips head coach Lindsay Maroney, who was also high on freshman infielder Kiley Buckley from Methuen. “I know they would have complemented each other well — Fallon has some nice pop while Lauren generates a ton of spin.

“They were definitely going to make an impact for us. With returning starter Emma Slibeck, they would have created a formidable starting rotation and, even when not in the circle, would have found homes in our starting lineup.”

That the season didn’t happen, the freshmen — both of whom employ four pitches and would love to compete in college one day — were more than a little disappointed.

“It was so sad to see the season go,” said Mahoney, who is also a talented musician and singer. “I was really looking forward to playing with experienced players. More than three-fourths of our team played on tournament teams.”

Both freshmen are hoping to still get summer softball in with new teams, O’Connor with the Rhode Island Thunder and Mahoney with the MXB Bears. So it’s possible that they’ll face each other once again in tournament action.

They’ll just have to wait another year to play together.

“They were definitely going to make an impact for us.”