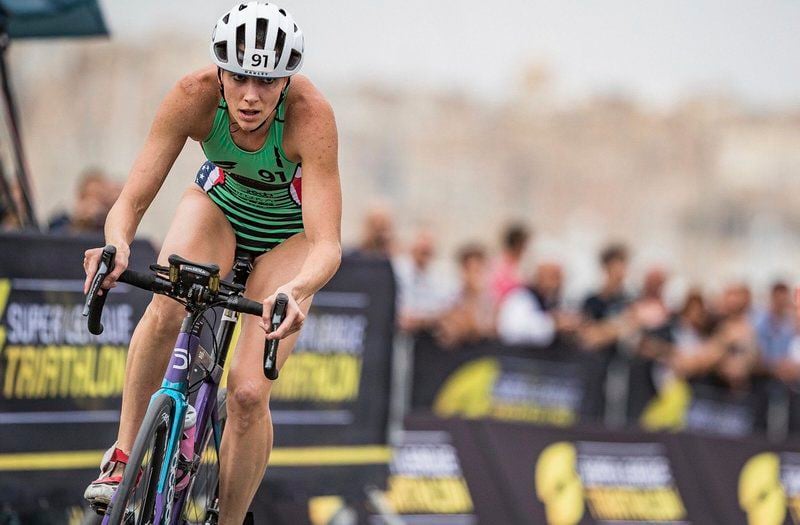 Courtesy photoPro triathlete Kirsten Kasper of North Andover digs in during competition. She was ranked second in the U.S. in 2019. 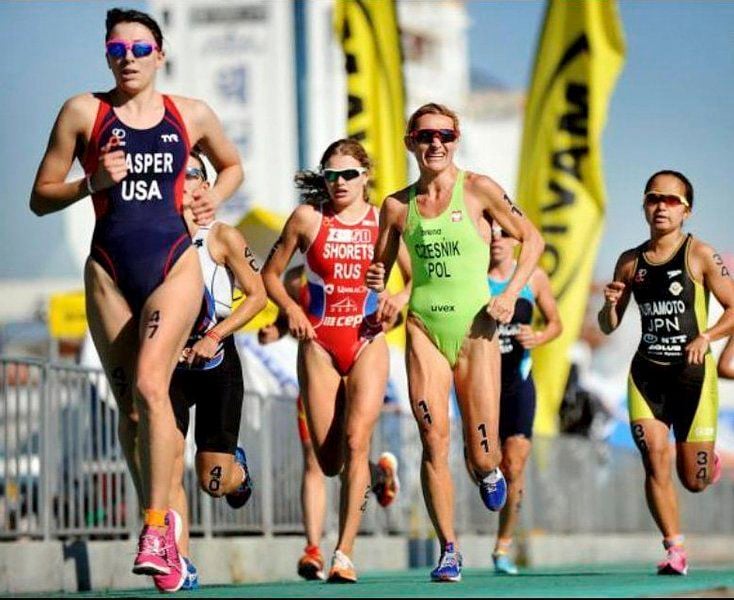 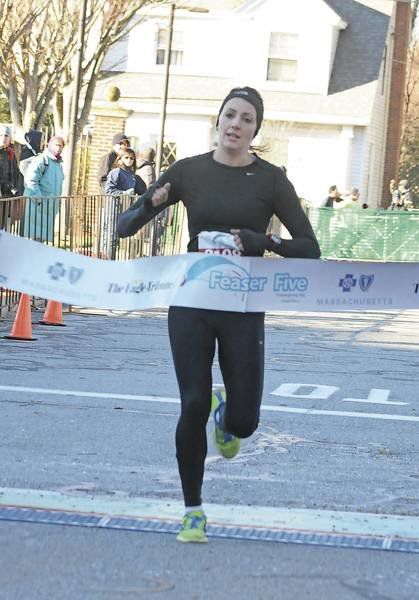 PAUL BILODEAU/Staff photoFormer North Andover distance star Kirsten Kasper, shown here winning the Feaster Five in 2016, is now a professional triathlete. But she still likes running more than anything else. 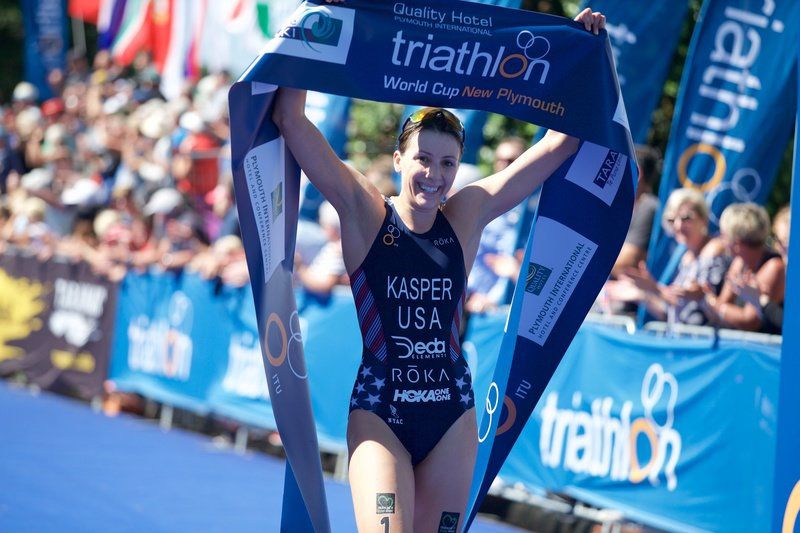 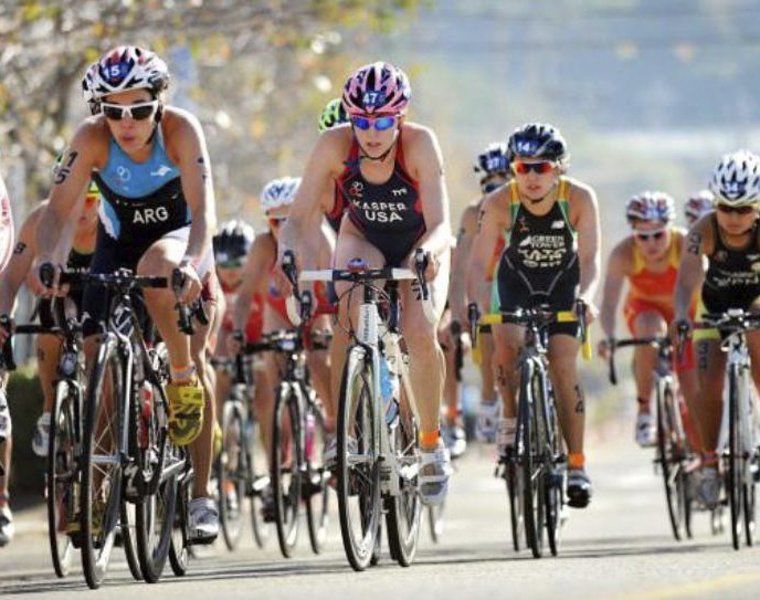 Courtesy photoNorth Andover's Kirsten Kasper, center with USA shirt, believes she has plenty of room to improve with her biking.

Courtesy photoPro triathlete Kirsten Kasper of North Andover digs in during competition. She was ranked second in the U.S. in 2019.

PAUL BILODEAU/Staff photoFormer North Andover distance star Kirsten Kasper, shown here winning the Feaster Five in 2016, is now a professional triathlete. But she still likes running more than anything else.

Courtesy photoNorth Andover's Kirsten Kasper, center with USA shirt, believes she has plenty of room to improve with her biking.

There weren’t many Olympic-caliber athletes who were happy when the 2020 Tokyo Olympics were postponed a year due to the coronavirus pandemic.

Another year of intense training seems daunting, after all, and it could mean financial hardship for some, who are sacrificing career goals in order to qualify for and compete at the Olympics.

Yet, for former North Andover High star distance runner Kirsten Kasper, the pandemic has revealed a silver lining that could provide a boost for her Olympic dreams.

As a professional triathlete since 2014 after graduating from Georgetown University, where she was a standout in both cross country and track, the 28-year-old Kasper had been pointing toward competing at the Tokyo Olympics for years.

Since starting her quest, Kasper has risen steadily. Within three years, she finished fourth in the 2017 World Triathlon series and, in 2016, she was a member of the USA Mixed Triathlon squad that won the world title. By 2018 she had finished first in two world championships and consistently finished high in international competition.

Entering 2019, Kasper was the No.2-ranked triathlete in the United States and a favorite to earn an Olympic berth to compete in Tokyo. She was in good position to make the team when she competed at a Tokyo world qualifier last August.

And then tragedy struck.

While competing at Tokyo, Kasper was involved in a rather serious crash on her bike. She suffered a gash to her hip that required 15 stitches and derailed her training. She couldn’t run at full capacity for three months and she was worried that she wouldn’t be at her best for the final Olympic qualifier, in May.

But coronavirus put a stop to training, qualifying and — ultimately —  the Olympics, suspending it until 2021 and potentially providing Kasper with that silver lining.

“I think the delay will definitely help me,” said Kasper. “I didn’t get an opportunity to race last year and I couldn’t do my full run workouts for three months. I fell behind a little in my training.”

But Kasper, who is supported by the U.S. Triathlon Association and also has a number of commercial sponsors, is now back in full training mode and looking forward to 2021.

“I train at least 25 hours a week and haven’t taken a day off in three months,” she said. “I try to do all three (swimming, biking and running) each day, usually one more than the others.

“I don’t know when my next race will be for sure (because of the coronavirus uncertainty) but I feel like my training is going well and I’m in good shape.”

Since the coronavirus crisis began, the only training limitation for Kasper has been the inability to swim indoors, since almost all pools have been closed. So she has done simulation training and whatever swimming she can outdoors, which — considering her location — can translate to some awfully cold water and require a wetsuit.

Although she has a winter home in Scottsdale, Arizona, Kasper has been training throughout the pandemic in British Columbia with her boyfriend, Matt Sharpe, who is the No. 2-ranked male triathlete in Canada. The conditions are ideal for running and biking.

“My favorite (segment) is still running but my strongest part is the swim,” said Kasper, who was also a standout swimmer as a youngster. “I’ve improved a lot on the bike, which was the last thing I took up, but it’s what I still need to work on most.”

While Kasper has high hopes for qualifying for the Tokyo Olympics next year, she is not limiting herself to just that.

“Traditionally, the top (triathlon) athletes peak in their early 30s,” she said. “So I will definitely be looking toward 2024 in Paris. I don’t feel like I’ve reached my potential yet.”

Being member of USA world championship mixed relay team in 2016

Winning title at World Cup Triathlon in New Zealand in 2018

Kirsten Kasper may not be getting rich as a professional athlete, but she’s doing just fine financially and there are certainly other benefits.

“When we’re racing, between our sponsorships and prize money, with the support of U.S. Triathlon, we make out well,” she said. “There are sacrifices you have to make but you get to do some amazing traveling.

“Before (becoming a pro triathlete), I had never left North America. Now I’ve been to well over 30 countries all over the world and met some pretty special people.”