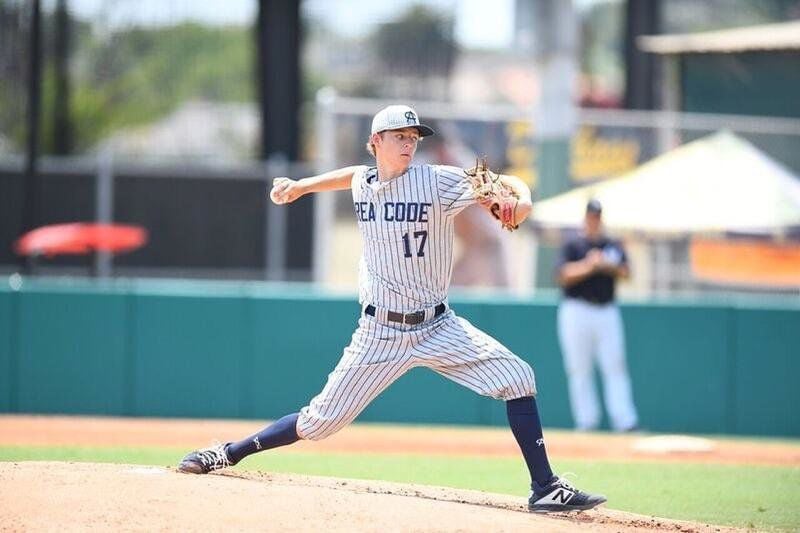 Courtesy PhotoSebastian Keane has had quite the summer of travel competing in top baseball showcases across the country. 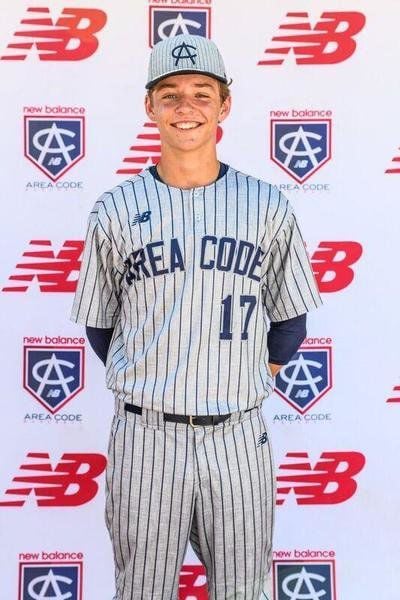 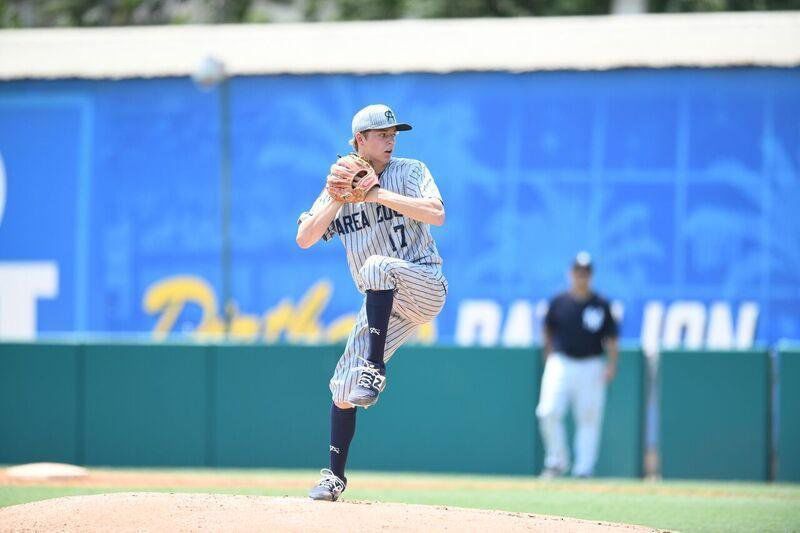 Courtesy PhotoSebastian Keane has had quite the summer of travel competing in top baseball showcases across the country.

That has been the summer routine for rising North Andover senior Sebastian Keane, who’s been invited to almost every major high school baseball showcase in the country.

With a fastball that has touched 94 miles per hour, the 6-foot-3, 168-pound right-hander and Northeastern commit is rising up 2019 MLB draft boards.

“I’ve looked at the rankings sometimes but not in a while,” said Keane. “They really don’t mean much.”

The summer started with the Perfect Game National Showcase down in Tampa in mid-June, where Keane competed with 305 of the top seniors in the country at Tropicana Field. One scout wrote: “Two quick innings of work for 2019 RHP Sebastian Keane (MA). Sat 89-92 mph with fastball, quick arm and filled zone. Sharp CB up to 77 mph, showed depth and ability to miss bats.”

Next, the two-time Eagle-Tribune All-Star was invited to a scrimmage against the Orleans Firebirds of the Cape Cod League. The game was played at a little venue called Fenway Park, and a video surfaced of Keane striking out a batter — a Division 1 college prospect, mind you — with a 93 mile-per-hour fastball.

Shortly after, Keane flew to Alabama and the East Coast Pro Games, a non-profit event run by MLB scouts. The showcase, sponsored by Adidas, invites the top 150 juniors and seniors on the East Coast to “represent” an MLB club for five days.

Keane was on the 27-person Red Sox roster.

“It’s so much fun,” said Keane. “We all stay in the same hotel and you play in front of so many scouts. They really teach you what it’s like to be a professional.”

But the peak of the summer was the prestigious Area Code Games last weekend out in Long Beach, California. The showcase bills itself as the first step in a nine-month “job interview” leading up to the MLB Draft.

Keane competed against the top 220 high school prospects in the classes of 2019, 2020 and 2021. He was invited to play on a junior roster a year ago, but this summer made the Yankees’ 25-person senior team. In the last of his team’s five games, Keane started and allowed one run over four innings with five strikeouts and no walks.

“Honestly, there are so many scouts that the adrenaline is always pumping,” he said. “But you meet a lot of kids and a lot of great guys. There’s like 480 scouts there, it’s insane!”

Keane committed to Northeastern early during his sophomore year.

Shortly after his commitment, however, schools were still inquiring. According to Keane, Boston College called and expressed its interest.

With the summer he just had, schools all relay the same message: If you ever de-commit, we’d love to have you.

But it hasn’t changed anything.

“I’m going to Northeastern,” he said.

Keane will be a hot-button topic when next spring season starts.

His fastball has touched 94 mph, and he also features a curveball, changeup and slider. At 168 pounds, however, Keane is focused on bulking up — which, in theory, would help his velocity.

Who knows, Keane could be hitting 95-96 by next spring.

Regardless, scouts will come out in droves to watch him pitch.

It will be a similar situation to what Central Catholic ace Steve Hajjar, who is also from North Andover, faced this spring. He was drafted in the 21st round by the Milwaukee Brewers (No. 635 overall), but honored his commitment to Michigan.

Keane and Hajjar are good friends, and talk regularly.

“He helped show me what showcases I should be doing and where I should be going,” said Keane.

When the time comes, however, Keane won’t be fazed by the radar guns crammed behind North Andover’s baseball field.

His summer of showcases have made the scouts’ presence a non-factor.

“I think I’ll be fine with them there,” said Keane. “I’m really friendly with a bunch of them.”

Here are some Area Code alumni who have gone on to become MLB stars.

Sebastian Keane’s older brother, Chris, had a successful sophomore season at Hamilton College. The right-hander went 4-1 with a 3.34 ERA and 19 strikeouts in 29.2 innings pitched as both a starter and reliever.