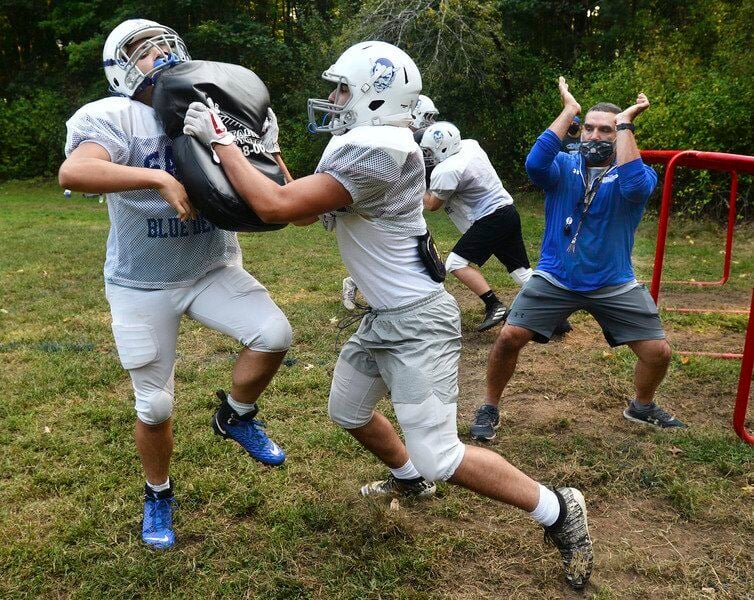 CARL RUSSO/staff photoCoach Steve Abraham, right, and the Salem football team will face Merrimack this week after the Pinkerton game was cancelled. 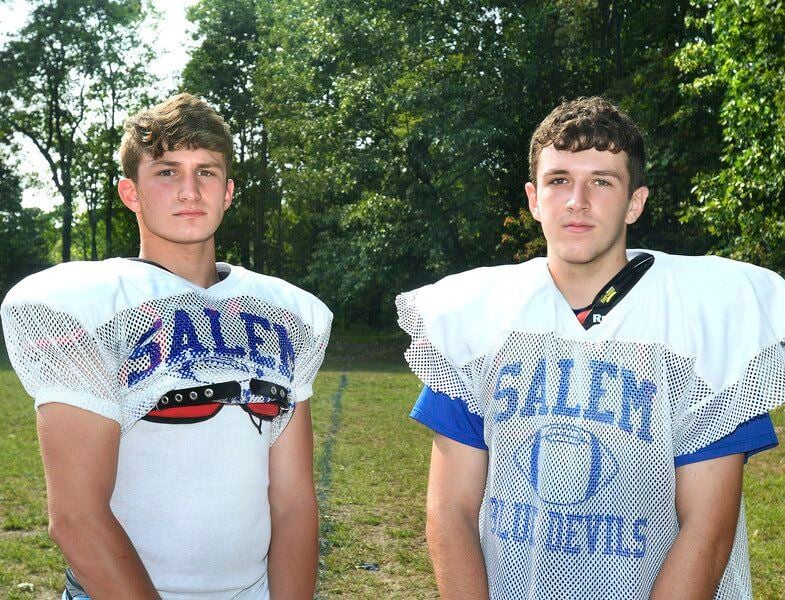 CARL RUSSO/staff photoCoach Steve Abraham, right, and the Salem football team will face Merrimack this week after the Pinkerton game was cancelled.

Salem High will miss out on one of New Hampshire football’s biggest rivalries this weekend, but the Blue Devils will be in action on Friday night after all.

Salem was scheduled to face rival Pinkerton on Friday, but the game was cancelled after Pinkerton suspended all sports indefinitely due to a positive coronavirus case at the school.

Instead, the Blue Devils will host Merrimack (N.H.) High on Friday (7 p.m.), the same school they were scheduled to play on Oct. 9, before that game was cancelled due to COVID-19 concerns at Merrimack High.

“We were definitely really upset when we heard we were losing another game,” said Salem co-captain Jake Brady. “But our coaches and athletic director pushed forward and found us another game. Although it will be weird playing a team on such short notice without normal preparation, I think we’re just thankful to be given the chance to play.”

After losing a game last week, the Blue Devils feared the worst early Wednesday, when news broke that Pinkerton was suspending athletics.

“I felt very badly for our kids,” said Salem coach Steve Abraham. “To lose two of our games, when the (COVID) cases weren’t at our school, hurts. And this is Pinkerton week, which is special. It looked like the winner (of Salem and Pinkerton) would be hosting the other in the first week of the playoffs.”

A few hours later, however, Salem High (1-1) announced that it was rescheduling the game against Merrimack (1-0). The Tomahawks have not played since beating Bishop Guertin 21-14 in their season-opener on Sept. 25.

“The kids were down in the dumps,” said Abraham. “So they went wild when we told them we were playing Merrimack this weekend. It’s a good consolation.”

The Blue Devils won’t have the chance to face Pinkerton (2-1) this fall, unless the Astros return to action in the playoffs. Astros headmaster Timothy Powers said they would reassess the situation on Oct. 30.

Salem vs Pinkerton has become one of the top rivalries in New Hampshire football. The Blue Devils have won four straight regular season games over the Astros, after snapping an eight-game losing streak in 2016. But Pinkerton beat Salem in the Division 1 semifinals in 2017 and 2018.

“It was tough preparing for Pinkerton in practice for the past week, then losing all of our work,” said Salem co-captain Noah Poulin. “The excitement was building up and we were ready to play them. But we’re still happy to have another game on Friday night. I’m looking forward to playing football.”