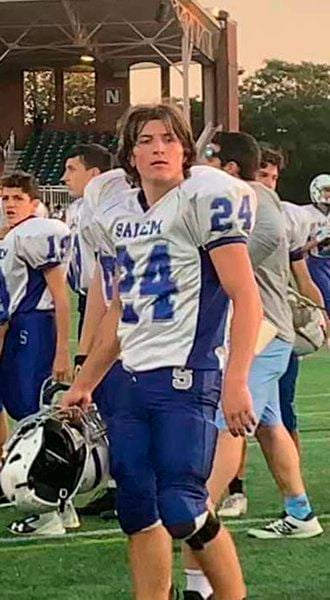 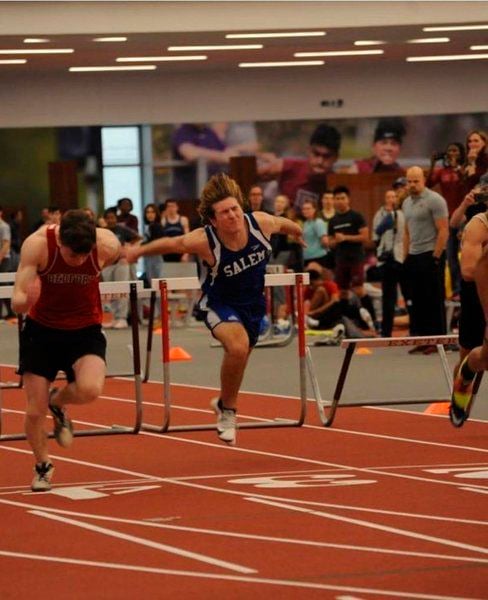 Courtesy photoSalem freshman David Jacques lunges to the finish line in the 55 hurdles. He finished seventh in the Division 1 state meet. 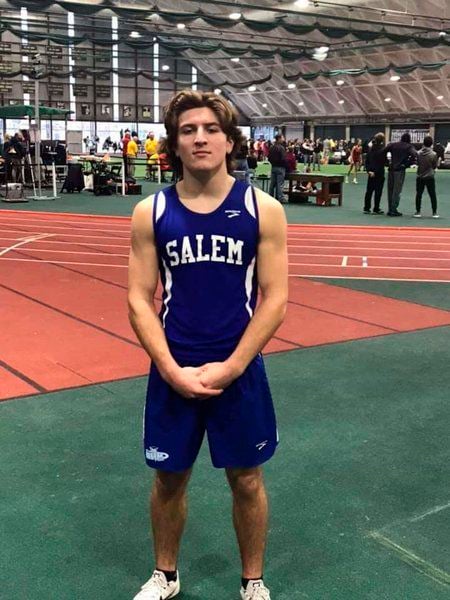 Courtesy photoSalem freshman David Jacques lunges to the finish line in the 55 hurdles. He finished seventh in the Division 1 state meet.

Truthfully, Salem freshman David Jacques has never even heard of former Blue Devils standout Max Jacques, a 2011 graduate who was a superstar in football and also quite productive in track and field.

But, if the younger Jacques develops as many are projecting, don’t be surprised if there are comparisons in another year or two.

The 5-foot-9, 170-pound Jacques certainly got off to an impressive start to his high school career, starting with football. He played fullback and linebacker for Salem’s freshman team and got a rare call up to the varsity, playing in one game.

In indoor track, he quickly showed why he was a middle school standout for Woodbury as he emerged as Salem’s top hurdler, finishing seventh at the Division 1 state meet with an 8.36 clocking for 55 meters. During the season, Jacques also ran the 300 and long jumped.

“I believe that he has a lot of potential,” said Shaw. “We were disappointed in the spring season being canceled as we were really excited to see where he would take off. David is an extremely hard worker and a talented athlete.”

Former Salem football coach Rob Pike, who resigned this spring to take over the program at Lowell, has pretty much the same impression.

“David is a great young athlete and will have great success at Salem,” said Pike. “He is strong and fast, and most importantly he works really hard. On the field he shows a natural ability on both offense and defense. He began hurdling during indoor track and had a terrific season, showing great attention to detail, and showing a willingness to learn.

“I was so excited to see how he would do in outdoor track. I know that he will be a big part of the football team over the next three years, and I look forward to watching him develop further as an athlete.”

Jacques had high hopes for the outdoor track season prior to its cancellation. Despite just being a freshman, he was aiming to break 15 seconds in the 110 hurdles and long jumping close to 20 feet.

And then it would be on to football.

“My goal is to start (for varsity),” said Jacques. “I don’t care if it’s offense or defense, but I’m hoping it’s at fullback.”

This summer, Jacques will be working out for both sports, doing sprints on the track and making good use of a workout gym at his house. If nothing else, a strong work ethic seems to be something he has in common with his namesake at Salem.

Although he was quite good at track at Salem, Max Jacques will be remembered most for his football talent. A 2011 graduate, he rushed for 4,559 yards in his career including 1,904 yards with 26 TDs as a senior. He was a two-time New Hampshire Gatorade Player of the Year.

“David is a great young athlete and will have great success at Salem.”