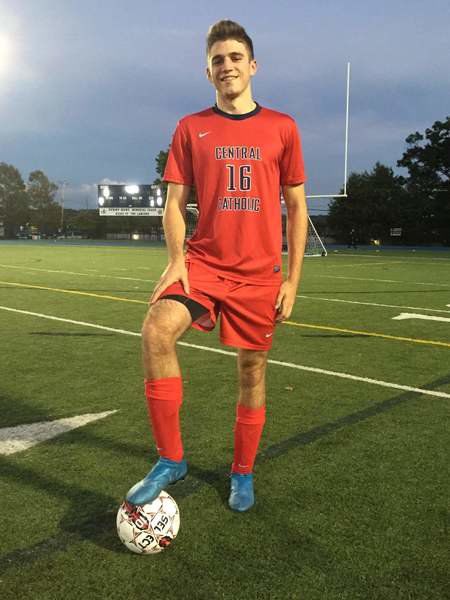 MAC CERULLO/Staff PhotoLukas Blythe is a Central Catholic soccer tri-captain and will soon be an Eagle Scout. 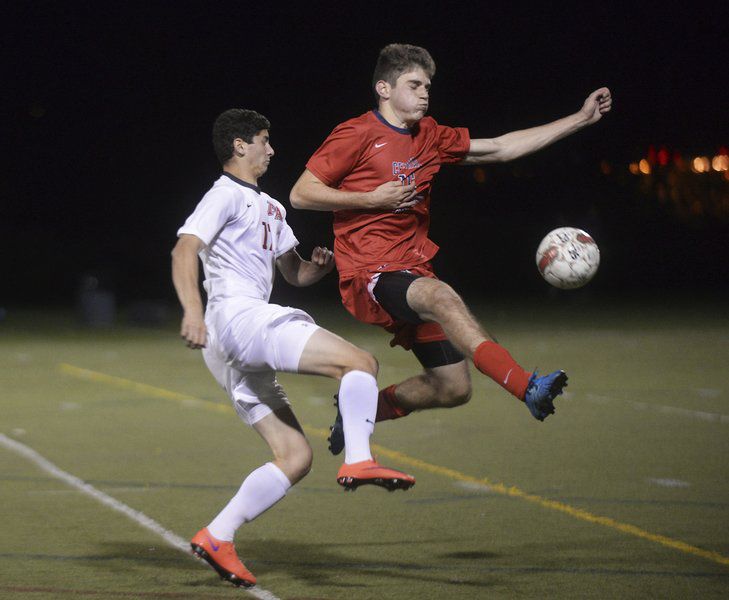 MAC CERULLO/Staff PhotoLukas Blythe is a Central Catholic soccer tri-captain and will soon be an Eagle Scout.

LAWRENCE – Lukas Blythe has earned plenty of accolades throughout his high school career.

The Central Catholic senior is a two-time Eagle-Tribune all-star in track, was voted tri-captain of the boys soccer team and is a member of the school’s National Honor Society. But this month, Blythe will earn an honor he has been working towards for his entire life.

Eagle Scout, the highest honor bestowed by the Boy Scouts of America.

He has earned all of his merit badges, advanced through the ranks and submitted plans for his Eagle Project, an information kiosk that he will donate and install at the Salem Rail Trail.

“Because the project was delayed I haven’t set it up, but once it’s completed and approved I will,” said Blythe, a Salem resident who has been involved in scouting since he was in kindergarten. “You have to do all of this by your 18th birthday, and I [turned] 18 on Sunday, so I’m just squeezing it in.”

Given that deadline, the project has consumed a lot of Blythe’s time, which he has to manage while also balancing school and soccer. Blythe even admitted that he isn’t quite sure how he’s managed to pull it off so far.

“There have been some pretty late nights,” Blythe said. “Sometimes I’ve had to cram a bunch of things into one day. I try to plan my schedule in my head, and when that doesn’t work out I’ll move it to the weekend. There are some weekends where I’ll just stay home working on those things.”

But despite his packed schedule, Blythe has continued to thrive.

Blythe is a three-year starting defenseman for the Raiders, who are 4-3-1 on the season, allowing just 1.12 goals per game. He also moves up top for all of the team’s throw ins and corner kicks, and he scored his first career varsity goal in a 2-2 tie against Andover on Saturday.

Central coach Mike Bolduc spoke highly of Blythe, saying he has always been a great leader and that it wasn’t a surprise when the team voted him captain.

Given everything he’s had to juggle, Blythe should be well prepared when he gets to college, though his plans are no less ambitious once he gets there.

His plan is to pursue four degrees and a minor, those being wildlife conservation biology, film, photography and a liberal arts degree, along with a minor in business. He said he has enough AP credits to complete his freshman year already, but even with that done he still expects to be in school for five years.

His top choice is Cornell, but if he doesn’t go there he said he’d like to head out west to a school like Montana State and put some of his scouting skills to use.

“Basically I’m looking to go into a sort of biology where I can work in the woods, in a national park or for National Geographic,” Blythe said. “And Montana State is pretty close to Yellowstone, it’s a beautiful area.”