MIKE SPRINGER/Staff photoTimberlane's Konrad Parker, left, scores a takedown at the beginning of his match in the 113-pound class against Concord's Ricky Maya. Parker rolled to a 16-0 major decision. 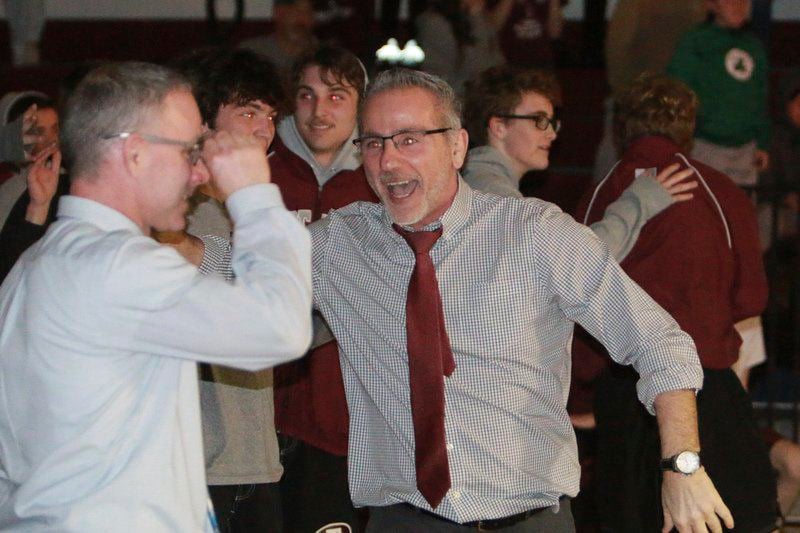 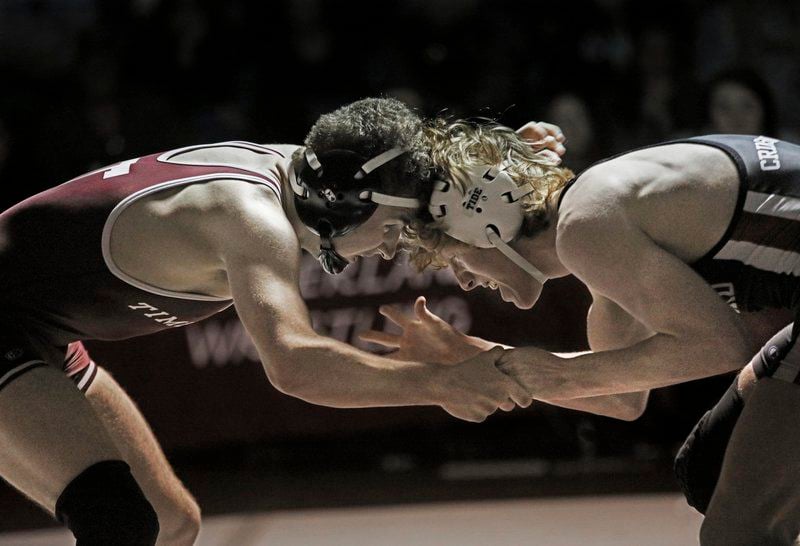 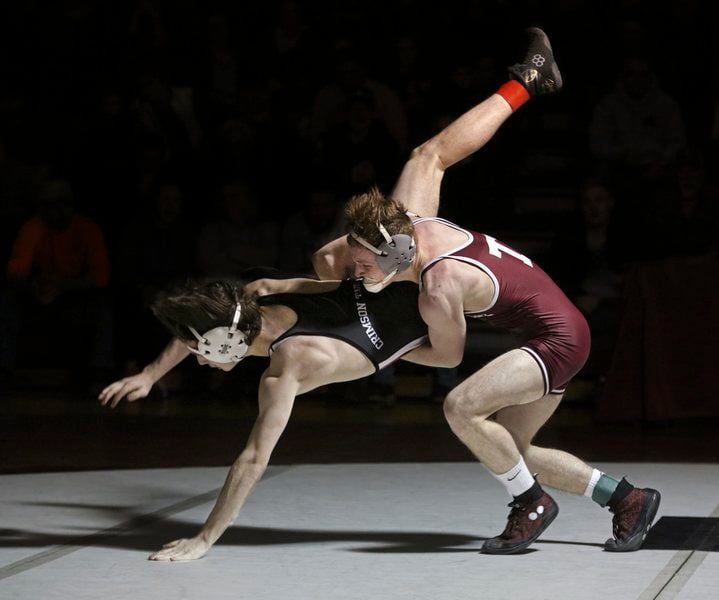 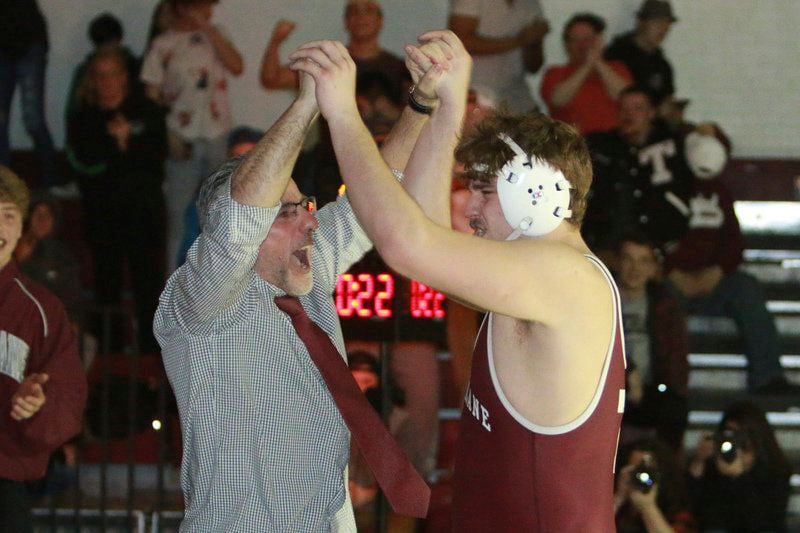 MIKE SPRINGER/Staff photoTimberlane's Konrad Parker, left, scores a takedown at the beginning of his match in the 113-pound class against Concord's Ricky Maya. Parker rolled to a 16-0 major decision.

PLAISTOW — This may be a young Timberlane team, but on senior night, the four seniors in the starting lineup delivered big time Wednesday before a full house in the Owls’ gym.

Partly as a result, the Owls (15-2) handed Concord (19-2) its first loss of the season in-state, 40-27, and extended their winning streak against New Hampshire teams to a stunning 185 straight. The last time Timberlane lost to a Granite State team was back in 2007, against Concord.

“This is surreal and feels so good,” said John Leavitt, a senior captain. “To see how this team has grown during the season has been great. This meet is always in the back of our minds and it’s always great to beat them (Concord).”

Wrestling up a weight class, Leavitt was the first senior to contribute, dueling Concord’s Trey Fortier for a scoreless two periods before getting an escape and late takedown for a tense 3-0 victory.

Classmate Adam Marquis then pulled away in the third period at 152 for a 12-3 major decision while senior 170-pounder Joe Friel, while not winning, stayed off his back and took Concord’s talented Gi-Jay Gimaranzi into overtime before losing 3-1.

With Timberlane ahead 34-18 with three matches left, it was up to senior Chris Lund to just stay off his back to clinch the victory. But Lund did better than that, making a quick sweep move to record a pin in 1:38, giving the Owls an insurmountable 40 points and sending the team, coaches and fans into a joyous celebration.

“That was so exciting and I was fired up,” said Lund. “I just wanted to go out and wrestle tough but it turned out better than that. It’s definitely the most exciting win I’ve had.”

After Lund’s win, a good chunk of the Timberlane fans started chanting “Thank you Barry, thank you Barry,” in reference to head Owls’ coach Barry Chooljian, who is retiring at the end of this, his 34th season as head coach.

But Chooljian wasn’t taking any credit for this win.

“I told the kids before the meet that it’s about them and they should go out and enjoy this meet, but work hard at it,” said Chooljian. “I felt they embraced that. They showed a lot of intensity, grit and fight, which is something we’ve been emphasizing.”

The Owls did indeed show grit and it wasn’t just the seniors.

Sophomore Konrad Parker started things off with a convincing 16-0 technical fall at 113 and, two matches later, junior Nate Peabody pulled away for a 14-4 major decision at 126, starting a trend of Owls getting stronger the longer the matches lasted,

After Leavitt’s decision, Codey Wild (138) and Nick Pallaria (145) recorded pins against two of Concord’s better wrestlers, Marquis got his major decision and surging sophomore Anthony Tousseau (160) followed with a pin in 3:19 to provide a commanding 34-6 lead.

Despite tremendous efforts by Friel and sophomore Cooper Kelley (a 14-10 loss at 182), Concord stayed alive with three straight wins. But it needed all pins in its last three matches to rally to victory. Lund quickly made sure that didn’t happen.

“We wanted him (Lund) to be a little cautious, but he went right for the pin and it was an awesome moment,” said Chooljian, who ends his career with a dual-meet record of 613-52-6. “I’m just an awfully proud coach when kids step up to the occasion like they did tonight.”

The Owls (15-2, with both losses coming in Connecticut) will now turn their attention to the Division 1 state tournament Feb. 22 and the Meet of Champions Feb. 29.